A summer of musical choice in Israel

Amid the oldies revivals headed here soon are some young, fresh artists that may have slipped under your radar. 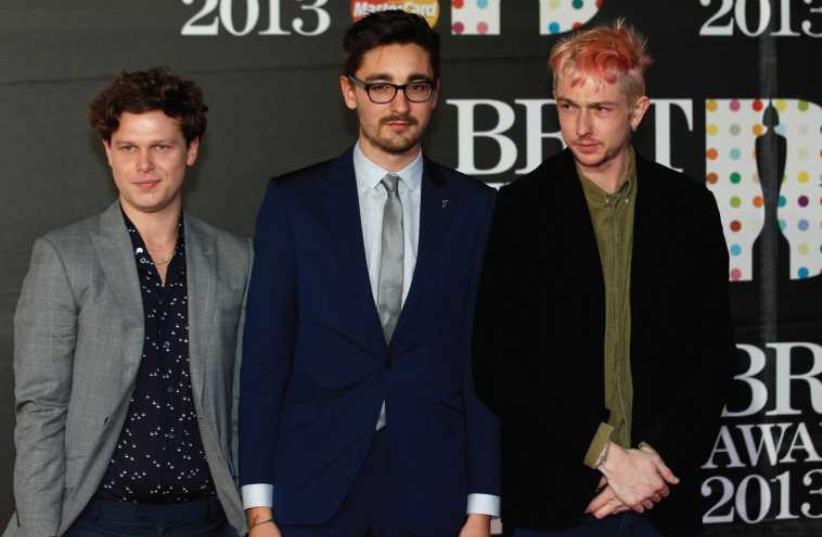 ALT-J will bring its special brand of folktronic alternative rock to Ra’anana’s Amphitheater in August
(photo credit: REUTERS)
Advertisement
A recently released study of Spotify users found that once music fans reach their 30s, they stop searching out new sounds and are content to listen to the music of their youth into old age.But you don’t need a study to bear out that point, just look at the lineup of foreign artist concerts coming to Israel this summer.For every “current” act like One Republic or Robbie Williams or Incubus headed this way, there’s many more golden oldie acts like Dionne Warwick, Art Garfunkel, Engelbert Humperdinck, more recent old-timers like Suzanne Vega and the Backstreet Boys, and that scourge of the baby boom generation the classic-rock tribute band, represented by The Orchestra (ELO) and The Dire Straits Experience.However, for those with more adventurous spirits who don’t feel the need to hear the high harmony part of “Sounds of Silence” performed in a vast stadium, this summer also presents a chock-full roster of acclaimed under-the-radar artists who will open up eyes and ears to the fact that music didn’t stop in 1972.Alt-J – August 23-24, Ra’anana Amphitheater The folktronic darlings of alt rock are the kind of band that is selling out Madison Square Garden these days and being compared to Radiohead by arbiters of taste like The New York Times.Hailing from Leeds, England, their original show sold out so quickly that a second date was added. A band whose Israeli debut you might want to say you were at in 10 years time.Timbre Timbre – July 7, Barby Club, Tel Aviv One of Canada’s finest, this low-key alt folk/blues band has released five albums in six years and placed their cinematic landscape songs on TV series like Breaking Bad and The Good Wife.The minimalist quartet from Ontario stresses atmosphere and melody combined with smart lyrics sprinkled with wry humor.Truly alternative and true to themselves.Bardo Pond – July 8, Barby Club, Tel Aviv The night after Timbre Timbre lulls the audience at the Barby Club, American psychedelic rockers Bardo Pond will assault them with their full-barreled drone and distortion.Together since 1991 and likened to fellow explorers like Pink Floyd, Spacemen 3 and My Bloody Valentine, the Philadelphia- based band includes a flautist for diversity and as an offset to the reverb.

The Twilight Sad – June 6, Tmuma Theater, Tel Aviv Any Scottish indie band that features an accordion has something going for it. The Twilight Sad has more going for it than most, with four sparkling albums released since 2007.Their music has been described as anthemic and arena-friendly, but the band prefers to call it “folk with layers of noise.”Swans, July 7, Reading 3, Tel Aviv They may not be current or have any hits, but even the leaders of the 1980s ‘no wave’ scene in New York that spawned bands like Sonic Youth deserve a comeback. Swans return to Israel following their 2011 debut to bring loud, experimental post-punk music to the few hundred who have heard of them.K’s Choice – September 1, Barby Club, Tel Aviv Also not current like the other acts, but maybe the cream of the summer crop, the veteran Belgian rocker K’s Choice make their sixth visit to Israel – where they have a staunch following, and for good reason.Led by the brother and sister team of Gert and Sarah Bettens, the band combines vintage Fleetwood Mac male-female harmonies with classic pop melodies that are anchored by a tough beat and an edgy guitar sound. What better way to end the summer.If the above list isn’t obscure enough, some even more esoteric solo artists, like Mac Demarco and Ariel Pink, will also be performing this summer (June 2 and June 9 respectively at the Barby).The fact that they can find an audience here is testament to the musical wanderlust the Israeli music fan has that lures them to search out the other.But if you prefer bigger, mass-appeal festival shows, there’s plenty of that too. Backstreet Boys, the highest- selling boy band in history, make good on their Operation Protective Edge cancellation by appearing May 19, 20 and 21 at the Ra’anana Amphitheater. And One Republic, the teen-friendly pop rock band, perform on May 28 at Ramat Gan Stadium. For a harder edge, Incubus, Primus and The Strokes’ Julian Casabalancas will headline the three-day Rock in the Park festival taking place at the AmphiPark in Ra’anana on June 9-11.While there’s no iconic act like The Rolling Stones or Madonna yet scheduled for an Israel show this year, there’s enough music – old and new – to satisfy anyone’s curiosity. So take a chance and broaden our horizons – you might even find a new favorite band.
Advertisement
Subscribe for our daily newsletter