A Thrilling night in TLV

The production, which debuted in the West End to sold out crowds the year of his death, is a tribute concert for the pop superstar. 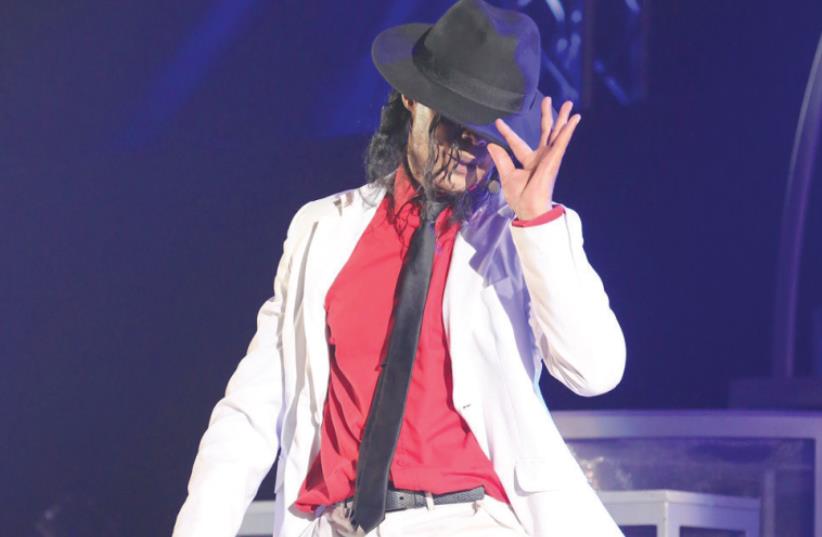 Thriller Live: Michael Jackson
(photo credit: ITZICK BIRAN)
Advertisement
Taking on the work of the King of Pop is no small feat. The slick choreography, that high, but never squeaky voice and moving lyrics propelled Michael Jackson to super-stardom from the ’70s until his death in 2009, but imitating that magic is almost impossible.However, the cast of Thriller Live managed to do just that.The production, which debuted in the West End to sold out crowds the year of his death, is a tribute concert for the pop superstar.While the concert interspersed some tidbits about Jackson’s life, those looking for a biography of his storied life will be out of luck. And in some ways it’s a relief. By omitting any mention of allegations of child molestation, his numerous plastic surgeries and other strange/ off-putting aspects, one can really enjoy what made Jackson special in the first place: his music.To that end, Thriller Live delivers. The concert follows a loose chronology of his hits from the early Jackson Five days in the 60s to “Earth Song,” released in ‘95.The four lead singers in the cast did an admirable job performing songs that would daunt the most capable of performers. “I’ll Be There,” “Beat It,” “Billie Jean,” and, of course, “Thriller,” all grace a jampacked set list of the twohour concert.Since Jackson’s work spanned four decades, it’s easy to see how his songs transformed not only our taste in music, but fashion as well.For example, where would the trademark ripped and faded jeans of the late ’80s be if it weren’t for Jackson’s “Bad” music video? The concert taps into that aspect of his career, where backup dancers adorn Jackson’s trademark bedazzled military jackets and crisp black suits and red socks.For those interested in basking in Jackson’s catchy beats, the concert’s final showing tomorrow night (8:30 p.m.) at Romema Arena in Haifa. Tickets can be purchased on www.leaan.co.il and range from NIS 199 to 429.