A wok on the wise side 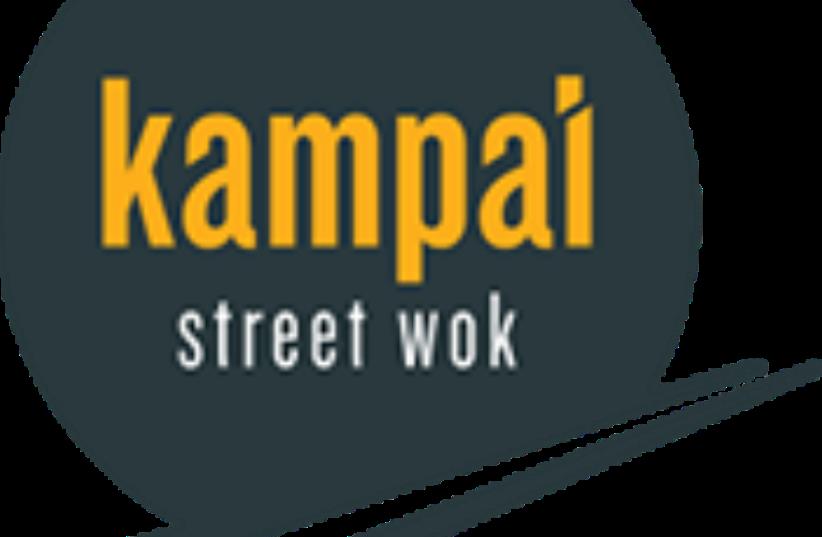 Kampai Street Wok
(photo credit: PR)
Advertisement
When Kampai Street Wok was under construction, it brought joy to many residents of Jerusalem’s German Colony because so many restaurants have been closing on what has been referred to as the capital’s restaurant row. Not only did a new kosher restaurant open last month, but one that appears to have staying power due to its clever approach.“Our concept is quality, premium food at reasonable prices,” says the manager Sagiv Amzaleg-Whitman.To that end, Kampai promises that its dishes will be prepared in 12 minutes or less, even the sushi. All the ingredients used are fresh from that day and prepared under the guidance of chef Dror Shoshan, a national authority on Asian food.Everything about Kampai is Asian, from the short, deep spoons and angled dishes to the Oriental hues.Low tables and a bar with stools – together with outside summer space, seating up to 70 – are positioned under a Japanese-carved ceiling, designed by architect Nir Portal.The food, traditional to Japan, with sushi and wok appetizers, main dishes and desserts, is a flavorful blending of spicy and sweet.Amzaleg-Whitman estimates that fifty percent of the clientele is Anglo (all menus are in English and Hebrew), who have many specific dietary requests or restrictions. The staff is well informed about the dishes, many of which can be made gluten-free, vegetarian, vegan and with different levels of spiciness.The food is under the supervision of the Jerusalem Rabbinate; the meat is Mehadrin, and the vegetables Gush Katif. Amzaleg-Whitman says that using broccoli and asparagus is important to the chain – ingredients that prevented them from receiving a higher level of kashrut certification.Our meal began with papaya salad, beef buns and chicken gyoza. These were crisp dumplings with chicken, served with sweet and spicy chili and a sesame dip. The papaya salad was a unique blend of tangy and spicy, with a colorful display of green papaya, red cherry tomatoes, orange carrots, green beans, coriander and ground peanuts. The buns were steamed with chunks of roast beef, shallots, coriander, green onion and lettuce with spicy hoisin aioli, served with homemade pickles. The dish is flavorful and quite filling.We also tried two sushi rolls – the salmon crunch and the tuna yuzu roll. Both were simple but tasty.Unique to the tuna roll was its sweet yuzu aioli sauce, a bright yellow garnish on each piece.The main wok dishes are divided between noodles and rice. We sampled one of each.First we had pad si yu. The wide rice noodles were mixed with flavorful beef chunks, egg drops, garlic, fresh ginger, red chili, green onion, green beans, spinach and fresh herbs in a sweet soy sauce. The noodles had a unique softness that would be difficult to replicate at home.The rice dish, called Hanoi, featured crispy chicken chunks, red and yellow peppers, green beans, onions and cashews. The nuts stole the show, putting a salty-crunchy spin on what would otherwise have been a traditional dish. The sweet Vietnamese chili and lime sauce was strong and creative.Although we were so full, we sampled two desserts. The chocolate sushi roll was layered with Belgian chocolate mousse and crème brûlée.The coconut panna cotta was creambased panna cotta with seasonal fruit salad, mango sauce and coconut chips. Both were delectable, which was a welcome surprise, as desserts at kosher meat restaurants tend to be disappointing.With branches in Modi’in, Tel Aviv, Ashdod and Beersheba, Kampai has a strong backing behind it, which is a major ingredient in a recipe for success. Residents of the German Colony who might feel that their choices have become limited should try Kampai. It will quickly ignite not only your palate but also your hope for the future of Emek Refaim.The writers were guests of the restaurant.Kampai Street Wok, Kosher
31 Emek Refaim, Jerusalem
The restaurant is handicap accessible