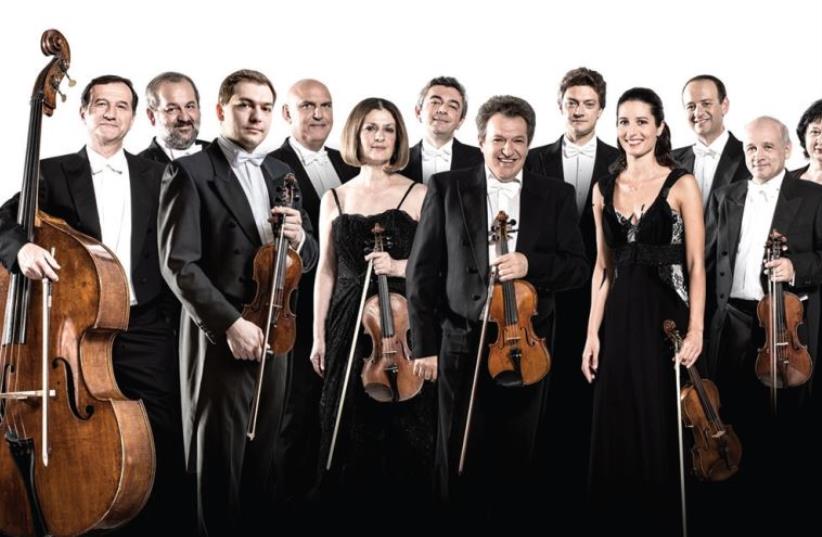 The Georgian Chamber Orchestra
(photo credit: ANDI FRANK)
Advertisement
The Georgian Chamber Orchestra Ingolstadt will tour Israel from February 6 to 13, giving five concerts. The program features works by Mozart, Bruch, Gronich and Tchaikovsky. The members of the “Israeli clarinet family” – twin brothers Alex and Daniel Gurfinkel and their father, Michael – as well as cellist Daniela Akta, will perform solos.The orchestra was founded in 1964 in Tbilisi. In 1990, when the orchestra participated in an international festival in Germany, they decided not to return to Georgia, which had undergone tumultuous times, such as a civil war and a military coup. At the time, the orchestra was headed by prominent violinist Liana Isakadze.With the help of local musicians, the orchestra settled in Ingolstadt, Germany. What seemed to be a temporary refuge became the orchestra’s new home. Since then, it has continued to flourish and performs under the baton of important conductors with leading soloists.The orchestra’s artistic director is Ruben Gazarian, who was born in Armenia. After completing his music studies in Leipzig, he has been living in Germany. This is his second year in this position in the orchestra, which was headed by Israeli Ariel Zukerman.In a phone interview, Gazarian says, “This is the only immigrant orchestra in Europe. The important thing to know about its musical identity is that its members all had the same musical upbringing. As a result, the sound is deep and warm, which was characteristic of the best Soviet-era orchestras. The orchestra is very romantic in its spirit. As a result, it favors a Romantic repertoire.”In its Israeli tour, the orchestra will be led by American conductor Evan Christ.“He is a fine musician and a good friend – we studied in Lepzig together. He is the general music director at the Cottbus State Theater.He is one of the youngest general music directors in Germany. When it turned out that I regretfully could not join the orchestra in Israel, I was the first to suggest him as the best replacement,” says Gazarian.