The Antiquities Authority called the discovery the biggest treasure uncovered in at least 30 years.

By JPOST.COM STAFF
MAY 16, 2016 11:12
1,600 year-old Roman artifacts found off the coast of Caesarea
Advertisement
A treasure trove of ancient artifacts that sank when a merchant ship went down off the coast of Caesarea some 1,600-years ago was recently discovered, the Israel Antiquities Authority announced Monday.The IAA called the find the biggest treasure uncovered in at least 30 years.Two divers discovered the artifacts while diving in the Mediterranean Sea just off the Caesarea coast prior to Passover last month. The divers, Ran Feinstein and Ofer Ra’anan, both from Ra’anana, immediately informed the IAA of their discovery, as is required by law. 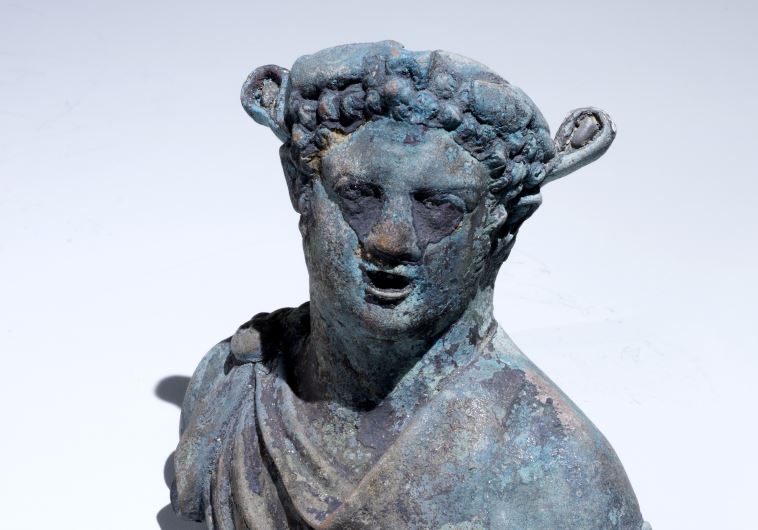 IAA divers then went to the site where the two men had discovered several artifacts and found the remains of the ship buried under sand on the sea floor.Many bronze items kept in the ship’s hold were well-preserved: a candlestick decorated with a likeness of the Roman sun god Sol, a statue of the moon goddess Luna, a candlestick in the form of an African slave’s head, and pieces of a vessel for carrying water.A trove of almost 2,000 gold coins from the Fatimid period (11th century CE) were found nearby in the ancient harbor in Caesarea National Park by divers a year ago. 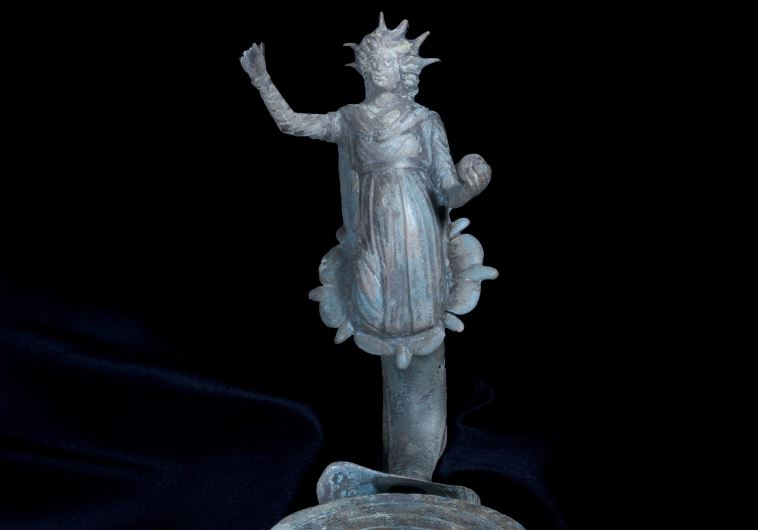 According to the IAA archeologists, “the location of the artifacts and their distribution on the sea floor suggest a big merchant ship which carried metal for reuse likely got caught in a storm near the entry to the port, and crashed against the breakwater and the rocks.”The damaged condition of the metal anchors found at the discovery site suggests the boat’s crew attempted to stop the ship from being dragged by the storm and smashed unto the breakwater. However the force of the waves broke the anchors. 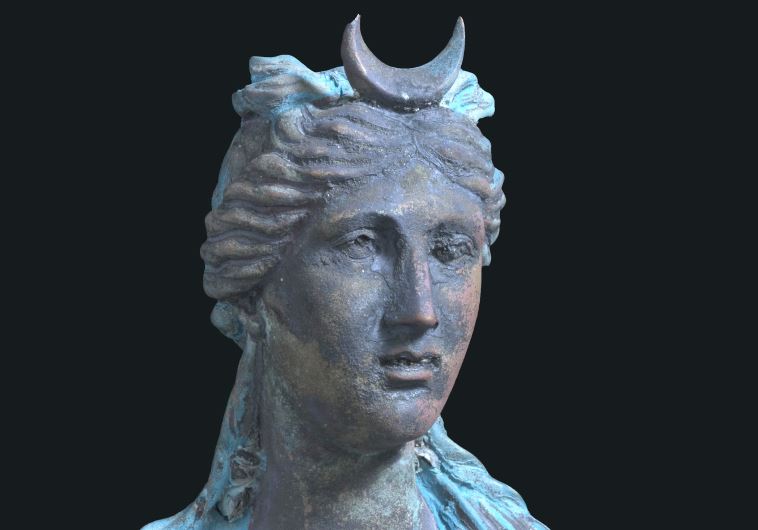 The sand which covered the bronze statues preserved them “as if they were created yesterday, and not 1,600 years ago,” the archeologists said.The coins discovered in the find are from the reign of the Emperor Constantine, who during his reign (306-337 CE) changed the pagan the Roman Empire to the Christian Byzantine Empire, and moved its capital from Rome to Constantinople. 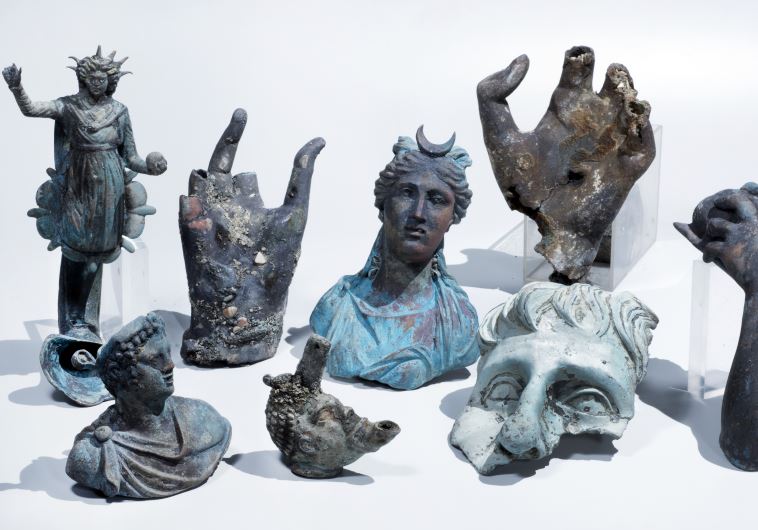 The archeologists attributed the great number of underwater findings in Caesarea in recent years to the large number of divers active in the area. As well, severe winter storms have disturbed the seabed and eroded the coast. Feinstein and Ra’anan will be awarded a special citation for alerting the IAA about their discovery.