Assi Dayan to the end

Local artists, both young and old, will gather at Tel Aviv’s Barby Club to pay tribute to the iconic filmmaker. 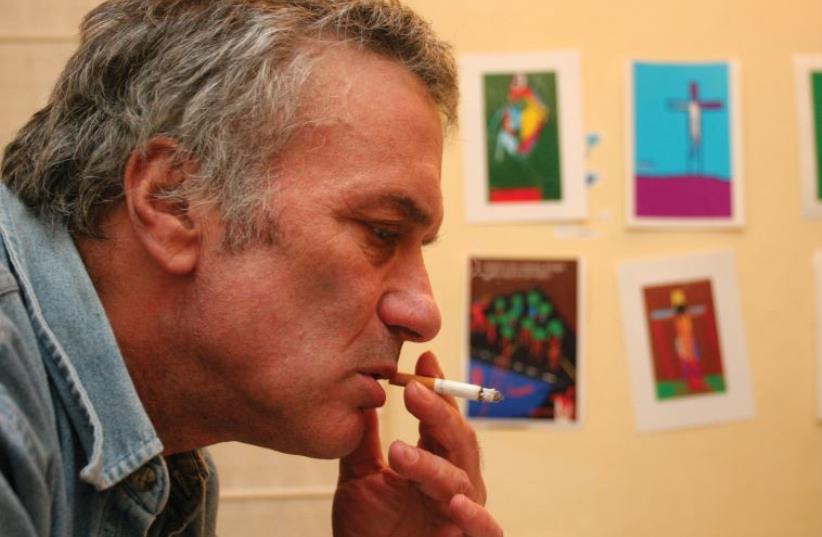 Assi Dayan
(photo credit: ARIEL BESOR)
Advertisement
Eulogies are a fine and commendable thing, but sometimes one gets the sense that it might have been nice for the deceased to have heard one or two compliments before they shuffled off this mortal coil. Thankfully that is certainly not the case where Assi Dayan is concerned.The film director, producer, actor and writer, who died last year at the age of 68, was one of this country’s truly great artists – both on the big and small screens – and was lauded on all sides.The pile of awards and official kudos Dayan received before his death will be augmented tonight (doors open 8:30 p.m.) when a tribute show takes place at the Barby Cub in Tel Aviv. The program is called VeAchshav Shirim – And Now Songs – named after a number which Naftali Alter wrote for Dayan’s 1975 movie Chagiga La’enayim (A Feast for the Eyes).It is a fitting title for the evening’s proceedings, and the quality and spread of the stellar lineup is an indication of the interdisciplinary and intergenerational esteem in which Dayan is held. In addition to Alter, and his singer daughter Roni, the likes of Aviv Gefen, Shlomi Shaban, the two remaining members of the iconic Hagashash Hachiver comic threesome Shaikeh Levy and Gavri Banai, Efrat Gosh and octogenarian poet Nathan Zach have all freed up their evening to sing Dayan’s and others’ lyrics and salute the late, great man.Zach’s contribution to the testimonial is, possibly, also something of a thumbs up for Dayan’s writing abilities and output, which includes several poetry volumes.Dayan’s cinematic and TV oeuvre is unparalleled in this part of the world, certainly in a qualitative sense. He made his big-screen acting debut in Hollywood, with a part in John Huston’s 1969 romantic drama A Walk with Love and Death. But he is best known here for such local classics as 1976 comedy Halfon Hill Doesn’t Answer, with which Dayan made his directorial debut and co-wrote together with Alter, and which starred the Hagashash Hachiver gang. And there is Dayan’s gripping 1993 drama Life According to Agfa, which starred Gila Almagor and featured Alter’s memorable soundtrack.There are few people who are better qualified to pass judgment both on Dayan’s artistry and his personality than Alter. I did a telephone interview with Dayan a few years back and, conscious of the media stories of Dayan’s hair-raising conduct, his substance abuse and suicide attempts, I approached our conversation with a certain degree of apprehension. In the event, I enjoyed every minute of our chat, and was utterly charmed by the man.“I know Dayan as a delightful person, someone I called a true friend,” says Alter.“We always talked about working together again, and we were due to start working on a new project when he died.”In fact, Alter and Dayan had arranged to meet the afternoon of the day Dayan passed away.“Assi had written the first draft of a script for a very personal movie – it was supposed to be some kind of summation of his life. It was going to be a very musical movie, with lyrics he’d written and I’d composed the music for them. Now that film will never be made.”In a way it is a wonder Dayan lived to be 68. He was addicted to all kinds of narcotics for a few years, and suffered from paranoia and other psychotic conditions, but he was always adamant about maintaining his grip on his muse. After completing yet another stint in a psychiatric ward Dayan told a reporter he was willing to do anything to get better, as long as the doctors did not prescribe any medication that would impinge on his creative abilities.One of Dayan’s most impressive, and startling, traits was his tendency to show the world exactly what he was, warts and all.He never tried to conceal how his substance abuse and heavy smoking had slowed him down, at least on a physical level. Never one to conceal his blemishes, two years ago Dayan made a three-part autobiographical documentary called Hayim Kishmuah (Life as a Rumor). Among the many honest self-appraisals Dayan also made reference to his troubled relationship with his iconic eye-patched father, defense minister Moshe Dayan.“Assi always went whole hog,” says Alter with more than a hint of regret. “He could have eaten a bit less or cut down a bit on his smoking, but he simply didn’t do that. That wasn’t his way.”That totality informed and embellished his artistic work, but also eventually killed him.“He had a self-destructive streak, and he disintegrated.”Even so, Alter says that Dayan had plenty of plans for the future.“He had enough ideas and projects lined up to keep him busy until 2020. He had a very strong constitution, but even his body couldn’t take all that punishment.”Hayim Kishmuah opens with a typically succinct and frank look at himself: “My name is Assi, Assi Dayan. I am making another movie at the age of 65. My body is collapsing under the weight of cigarettes, chemicals and wear and tear. I weigh 130 kg. and my heart has been through an attack.The assistant directors move me from location to location and I carry on directing, acting the lead role and, at night, I keep on rewriting my script. I think I have lived enough for more than one person. It’s time to sum up. “Here goes – I acted in 80 movies, 16 of which I wrote and directed, I have won nine [Israeli] Oscars, 3 Life Achievement awards, and have had thousands of articles [about me] in the press, [I have written] one novel, three poetry books, three-and-a-half years of psychiatric hospitalization, three suicide attempts, two arrests, three wars, four weddings, four children but, above all and before God, one father, with one eye.”For tickets: (03) 518-8123 and www.barby.co.il