Back-to-school costs on the rise, according to respondents to a new survey

Chasdei Naomi hands out thousands of school-bags to children in need before the new school year. 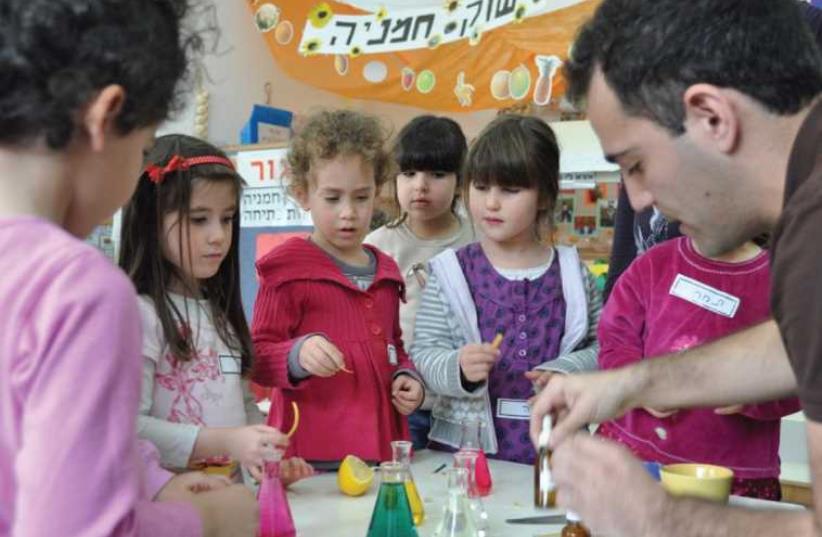 Dr. Assaf Marom teaches kindergarten students about acids and alkaline substances at a Science Day event
(photo credit: SCIENCE, TECHNOLOGY AND SPACE MINISTRY)
Advertisement
Parents will spend almost NIS 3,000 on back-to-school supplies such as books, notebooks, writing instruments, clothes, backpacks and more for their children this year, according to a survey published by Chasdei Naomi, a Bnei Brak-based charity organization that helps orphans and widows.The telephone survey, carried out by the Rafi Smith Institute, asked 400 parents across the country about the expected costs of sending their children back. Of the 95 percent who answered the question, 51% estimated a cost of as much as NIS 1,000 per child; 36% estimated an expense of NIS 1,001 – NIS 2,000 per child; and 13% estimated more than NIS 2,000 per child.According to Chasdei Naomi, the average cost per family in Israel will come to NIS 2,860, calculated on the basis of NIS 1,300 per child.While level of income, age of parents, location and level of orthodoxy did not play a role in how much parents expect to spend, the level of education of the parents did; those with lower levels of education reported spending an average of NIS 1,580 per child, as opposed to parents with higher levels of education, who said they spend an average of NIS 1,145 per child.Similarly, parents without an academic education were more likely to report an increase in costs over the past five years.According to the survey, 90% of non-academic parents said the cost of back-to-school supplies had risen over the past five years, while only 60% of academic parents felt the same way. Moreover, 32% of academic parents felt there had been no change, and 8% believed costs had gone down.The survey also asked parents about their views on government spending for weaker populations. Of those polled, 67% said the government is not investing enough resources in weaker populations, while just 3% said the government is investing too much in weaker populations.Fifty-six percent more money should be spent in the periphery than the center of the country.Chasdei Naomi, a non-profit organization that has been operating for 30 years to assist needy families across the country, runs an annual drive, handing out free school-bags to thousands of needy children.“We deal with the most difficult cases in the weakest populations and I am always shocked anew when I come across children that bring [plastic] bags to school instead of school-bags. It isn’t just the fact that it harms the learning ability of someone who is already coming from a low economic position, but also harms the feeling of selfworth of the child who comes to school embarrassed and jealous of his classmates,” said Rabbi Yosef Cohen, founder Chasdei Naomi.Cohen invited volunteers to provide extra hands in the annual school-bag drive during the month of August.