Landwer is a chain of coffee shops with branches all over Israel founded in 1933 by German refugee Moshe Landwer. 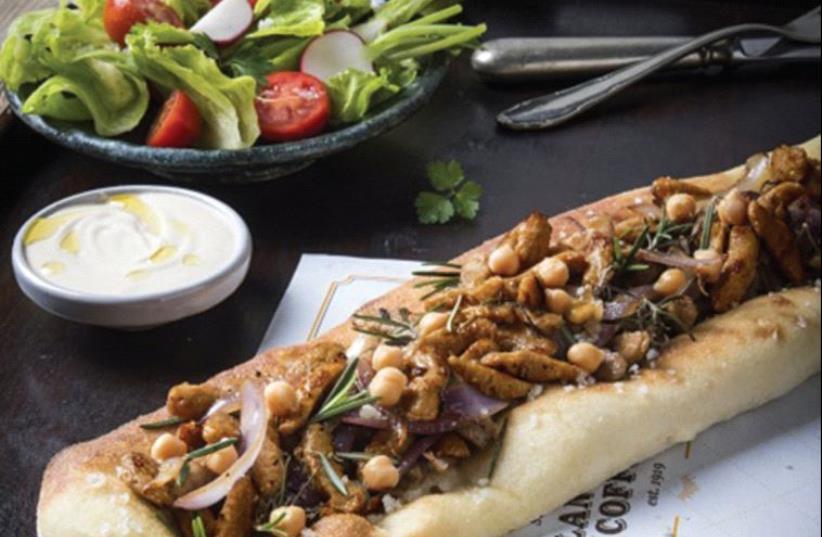 Café Landwer
(photo credit: PR)
Advertisement
No one was more taken aback than Shmuel Cooper, the proprietor of the new Café Landwer in Netanya’s South Beach, when hordes of people showed up for breakfast on his first Friday there.“We opened on the Tuesday, and by Friday the place was bursting at the seams, both inside and out,” says the new restaurateur who had spent most of his working life in the world of finance.The kitchen staff coped magnificently with the unanticipated flurry of activity, and fortunately there were many waitresses around, most of them post-army and pre-university, all armed for battle with plastic trays at the ready.Landwer is a chain of coffee shops with branches all over Israel. It was founded in 1933 by German refugee Moshe Landwer who had started in Berlin, saw the writing on the wall and escaped – to Tel Aviv.But forget Viennese coffee shop – this place is pure Israeli: wooden tables without tablecloths, a working kitchen you can peer into, pleasant if pervasive music and a constant buzz of activity as people come and go.It’s also very dog-friendly, but only outside, which is fine, especially if they are tied up. Dog dishes filled with cold water are provided without asking – a nice touch.Invited back during the week to sample the dinner menu, we arrived at 7:30 looking forward to a good fish meal. It was not to be. The kitchen had run out of fish. Cooper took it all philosophically (as did we), put it down to teething problems and promised to make sure he would order more next time.My first course, recommended by Cooper, was billed as salmon carpaccio (NIS 28), but when it arrived it turned out to be none other than our old friend smoked salmon. Other than putting some oil on it (quite superfluous) and some chopped spring onion, this was as you might buy it from the deli. It was a good quality salmon and a very generous amount. I estimated it at 150 grams. So, doing a Jackie Mason type calculation, I couldn’t see how there was much of a profit in the dish.My companion chose the roasted aubergine with tehina (NIS 32), and that proved to be more of a challenge to the chef. Getting the eggplant to just the right degree of softness takes some skill, and the dish was successful on several counts. It had the right smoky flavor, and the tehina came with the addition of chick peas.In the absence of fish, we settled for salads. My companion chose the tuna salad, which was a classic Nicoise minus the anchovies (NIS 53).My main course was sautéed mushrooms on a fresh salad, topped with Parmesan (NIS 53). The fresh halved mushrooms were lightly tossed in oil and were very tasty.The dressing purported to be mintlemon, but I couldn’t detect any mint. Perhaps the supply of that had also been exhausted.The recommended dessert was a plate of rozelech (NIS 41) – perhaps they meant rogelech – a pile of warm pastries made of a crispy dough filled with rich chocolate cream. They were very good as an accompaniment to the famous cup of Landwer coffee with which we ended our meal. Regular and decaffeinated are both available.After a week or so of running Landwer, Cooper can feel satisfied that the place is off to a promising start.The writer was a guest of the restaurant.Café Landwer Kosher 10 Sderot Oved Ben-Ami Tel: (09) 951-6170 Sunday to Thursday, 8 a.m. until late at nightFriday, 8 a.m. to 2:30 p.m.Saturday, half an hour after Shabbat until late