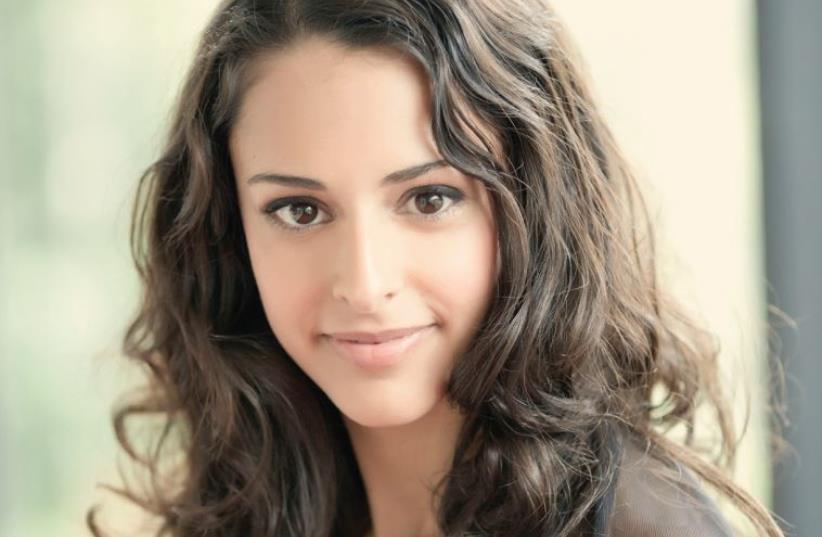 The Jerusalem Opera Festival
(photo credit: PR)
Advertisement
The Jerusalem Opera company is slowly building up steam and has put on several productions over the last four years. But the capital also gets to enjoy some “imported” quality operatic entertainment, with the second annual Jerusalem Opera Festival due to take place at the Sultan’s Pool from June 22 to 25.The opener of the four-dayer is a grand production of Verdi’s ever-popular Rigoletto, with a stellar cast of singers lined up, with Italian conductor Francesco Cilluffo, director Julia Pevzner, revival director Gadi Schechter and British costume designer Sue Wilmington also gracing the proceedings with their polished input.The vocalist cast includes Russian baritone Boris Statsenko in the title role; Vienna-based Israeli soprano Hila Fahima as Gilda; and Italian tenor Salvatore Cordella as the Duke of Mantua. Russian mezzo-soprano Oksana Volkova is also in the mix as are fellow mezzo-soprano Anat Czarny, baritones Noah Briger, Yair Polishook and Oded Reich, tenor Guy Mannheim and Russian bass Mikhail Kolelishvili. Their efforts will be underscored by the Israeli Opera Chorus with the Jerusalem Symphony Orchestra, IBA providing the instrumental infrastructure.Karmiel-born 29-year-old soprano Fahima has participated in quite a few Israeli Opera productions over the years, although this will be her first appearance at the open-air venue at the foot of the Old City walls.“I am very excited about performing in Jerusalem,” says Fahima, adding that this is not her debut bow as Gilda. “I sang the part in Vienna exactly a year ago. It is a wonderful role.”In fact, Gilda and Fahima have been pals for a while. You could even say that without Gilda, Fahima would not be where she is today.“The part gave me the encouragement to start singing when I was in high school,” says Fahima. “I start singing the aria of Gilda when I was about 13 – my teacher gave me the part – although I had no idea what opera was back then. I just sang it because I could. I could reach the top notes very naturally.”The youngster’s operatic appetite suitably whetted, she decided to dig a little deeper into the subject matter.“I went to see Rigoletto at the Israeli Opera, and the show I am about to appear in is sort of closure for me,” Fahima continues. “It is exactly the same production as that first one I saw.”It was love at first sight and hearing.“I remember the thrill of seeing the opera. The music is amazing. And the role [of Gilda] is perfect. As soon as I started singing it, I felt at home. It just felt so natural for me. I identified so much with the character,” she says.It is quite a role in quite a storyline. Gilda is the beautiful daughter of Rigoletto, the hunchback court jester. She is an innocent who has been protected from the world by her father but becomes ensnared in a world of trickery, immorality and evil.There is no shortage of nefarious doings in the plot and plenty of crowd-pleasing sonic offerings to keep the audience enthralled. The latter include the ever-popular Duke of Mantuna’s song “La Donna e Mobile.”“I love Verdi,” says Fahima. “His music really moves me. He is my favorite composer. His music, without the text, tells the story on its own in a very emotional way.”The work, and the role in particular, appealed strongly to Fahima from the outset.“Gilda is a young naïve girl. As a high school student, when I saw a character like that, as someone who was not familiar with the opera, that was the first point of connection for me,” she explains.Rigoletto came into Fahima’s life at just the right time, and it proved to be a formative event.“That was my initial operatic experience, and I remember that opera as something very special,” she says.It was also a snug fit.“The role also suited my voice so well, so all these things together make Rigoletto and Gilda special for me.”The storyline of Verdi’s work may not have changed since it was first unveiled, but Fahima has come a long way since she first encountered Gilda.“I think I bring more to the role now, all these years later,” she notes. “I can look back on a performance of mine from, say, two years, and I can see that there was something missing. As an artist, when you have a lot of [life] experience, that can only add to your art. It may sound strange, but when I am having a difficult time in my life, after crises, I take that experience from my real life onto the stage. I bring that to dramatic moments on the stage. That makes my performance more convincing. It makes the character more interesting and adds depth.”Fahima feels that the opera addresses universal emotions.“Rigoletto is such an emotional work, and I think that draws the audience into the story and the characters. The role of Rigoletto is so moving. He suffers so much, and yet he has to make people laugh. I think that is something that goes straight to the heart,” she observes.In addition to Rigoletto, the Jerusalem Opera Festival lineup will also appeal to silver screen fans, with the Opera Paradiso opera and film event, also at the Sultan’s Pool. The slot includes screenings of excerpts from such blockbuster movies as Pretty Woman, The Fifth Element and Amadeus. Opera soloists perform the numbers in question, with Ethan Schmeisser conducting the Jerusalem Symphony Orchestra, IBA.Next Friday’s Concerts All Around Town agenda includes the Italian Splendor show at the Nahon Museum of Italian Jewish Art (11 a.m. and 12:30 p.m.); Carmen and Friends at the Bible Lands Museum (11 a.m.); Jerusalem of Gold at the Israel Museum (2 p.m.); and When the Phantom Comes to the Opera – The Great Musicals Hits at Yes Planet (5 p.m.). The family scene is also well catered to on Saturday June 25, with The Magic Flute for the Entire Family at The Science Museum Jerusalem (11 a.m. and 12:30 p.m.) and Cinderella for the Entire Family at YES Planet (10:30 a.m.).

For tickets and more information: *9066, http://www.israel-opera.co.il/ and www.jerusalem-opera.com
Advertisement
Subscribe for our daily newsletter