Cool by the Kinneret 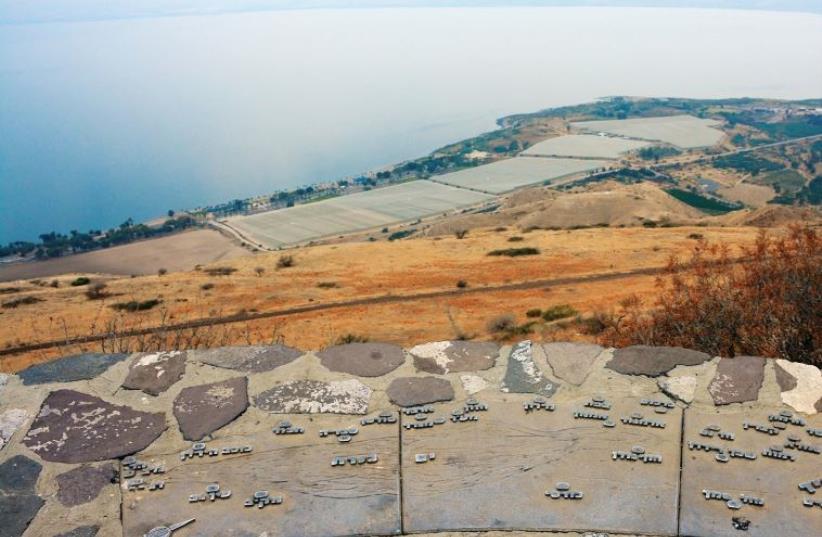 Lake Kinneret
(photo credit: ITSIK MAROM)
Advertisement
For its 40th anniversary, the founders of the Jacob’s Ladder Festival – Menachem and Yehudit Vinegrad – have put together one of their typically diverse lineups.Taking place at Nof Ginossar, by the Kinneret, May 19-21, the program is a mix of tried and trusted acts, both from here and abroad, as well some new faces. The Jacob’s Ladder debutant roster includes New York-based American Roots outfit Spuyten Duyvil, Minna Bromberg – who describes herself as “voice-finder, songwriter, rabbi” – and high-ranking Canadian army officer Tim Isberg who, today, totes a guitar more often than a rifle. The foreign returnee lineup includes UK-born US resident singer- songwriter Jason Feddy.Over the past four decades or so the Jacob’s Ladder faithfuls – and there are many who come back year after year, and often bring the second and third generation with them – have become used to a wide genre spread, and the forthcoming event encompasses a suitably varied offering.There is, for example, the nine-piece DBlues act, which plays a rich repertoire of blues, funk and soul, while the Heeby Gee Bees quintet mines rich blues and rock seams. Then there’s Malabi Tropical, the intriguing crossover of Caribbean music put through a Middle Easter filter, while the Nava Tehila sextet Friday afternoon slot will welcome Shabbat with a fun composite of melodies spirited by country, folk, R&B and klezmer.Sounds of a Gaelic nature are now synonymous with the festival, and there is no shortage of Emerald Isle-derived entertainment and Scottish airs. The Bloomers five-piecer conveys a sense of Irish roots infused with clear here-and-now energy levels, while veteran Celtic outfit Evergreen returns to the festival with material from its latest release, Complicated to Be Simple.The band got its start at the festival, back in 1999, and has been delivering its signature captivating amalgam and Irish material and Celtic-seasoned Israeli songs to good effect ever since. Meanwhile, festivalgoers who dig sounds from “north of the border” will be happy to see the inclusion of the perennial Jug of Punch quartet, and can look forward to polished readings of Scottish folk along with other traditional folk songs.There is are also blues and bluesy sounds aplenty to be had over the weekend, provided by the likes of harmonica player-vocalist Dov Hammer alongside guitarist Ori Beanstock; all-female country blues rock threesome SheRock; rock and roll, blues and Middle Eastern-inclined quartet Full Trunk; and one of the stalwarts of the national blues scene, Toronto-born Eli Marcus, aka Dr. Blues. Don’t miss a guest set by Jerusalem Post staffer and Americana folk afficianado Ben Fisher.And, of course, you won’t want to miss the regular Larry and Mindy slot which, this time, is devoted to hits by Elton John, while ageless, American-born rock vocalist Libi will perform country, folk and blues numbers in her singular, irrepressible, inimitable style, alongside guitarist-vocalists Sharon Levy and Yossi Tanuri.And, if you want to get off your rear end and get the juices flowing, you can catch any – or all – of half a dozen dance and movement slots, including festival veteran Cyrelle Forman-Soffer’s Amercian folk dancing workshop, the Irish dance workshop with Pavel Kolesov and Marina Frumkin from the Carey Academy, and get some healing in the process at Noa Kadman’s NIA – Dancing through Life session.There are also a number of hands-on music offerings, including Beth Kaufman’s A Singer’s Workshop, for anyone looking to enhance their vocal abilities, while budding ukulele players can get a decent handle on the instrument with veteran performer and former Taverners band member Paul Moore.Add to that a couple of yoga sessions and some tai chi, and a bunch of cool things to do for kiddies, and you have yourself one entertaining, relaxing, energizing and fun weekend by the lake.For tickets and more information: (04) 685- 0403 and http://www.jlfestival.com.