The Jin Xing Dance Theater will perform in Tel Aviv. 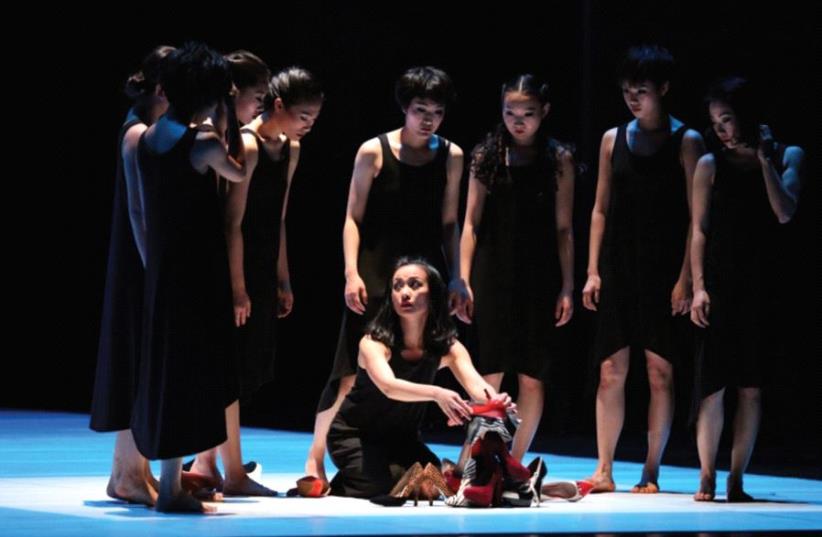 The Jin Xing Dance Theater
(photo credit: ANDREAS LENZ)
Advertisement
A lot of choreographers talk about gender roles in the dance world – how sexuality influences movement, how socialization determines the way one crosses one’s legs or walks down the street. In all the international dance community, no one is more qualified to speak of these distinctions than Jin Xing, yet the Chinese dance artist chooses to focus on movement as a human function.“When choreographing, I don’t think how I should choreograph or dance as man, respectively, woman. My focus is always on the human being, regardless the gender,” says Xing.Xing was born and raised in China and knew from a young age that the male body she was living in did not match the girl inside of her. When it rained, Xing would run outside and pray for lightning to strike her, hoping that a powerful bolt of electricity would charge the ions inside her, finally making her female. As she discovered over time, storms were not the thing, but the answer did arrive eventually.At the age of nine, Xing joined the People’s Liberation Army, where she received her formal training as a dancer.Xing stood out for her virtuosic dance prowess. At 20, Xing relocated to New York to continue studying, and later to Europe. At 26, she returned to China and underwent the first gender reassignment surgery in the country.“The gender reassignment didn’t change my dance style. Having changed my gender, I only have the benefit of additional life experience that I can pour into my work,” she adds.Today, Xing is the director of the Shanghai-based Jin Xing Dance Theater and host of the TV The Jin Xing Show.Locals refer to Xing as the Chinese Oprah.Next weekend, Xing will present her globally successful company for the first time in Israel. The visit comes just a few weeks following the Chinese New Year and is part of the 25th anniversary of diplomatic relations between China and Israel.For Xing, this tour marks a milestone, a step forward into the global dance arena. Though well known in China and abroad, Xing finds acceptance and openness hard to come by.“Modern dance is still underdeveloped in China, and the market is very challenging. For 23 years I have worked hard to develop the domestic market, the past 17 of which have been through my dance company. In the last two years, we had some success with tours inside China.However, we are still far away from the open-minded and daring audience that one can find in the Western world,” she says.The troupe will perform a program featuring Xing’s Space 9 and Arthur Kuggeleyn’s Cage Birds.“I made Space 9 in 2012 for nine female dancers. In this choreography, I use high-heeled shoes as a symbol of femininity to stimulate a dialogue between the women and their accessories. The piece creates spaces where the dancers explore feelings of clarity versus confusion, inner state of emotion versus the expression of live attitude. The piece is set to music taken from Spanish filmmaker Pedro Almodovar’s movie Talk to Her,” she explains.The second part of the program, Cage Birds, shows a different side of the company. Most of the dancers have spent most their professional lives working with Xing. Kuggeleyn, a Dutch artist, brought new challenges to the cast.Cage Birds is an energetic and physically demanding choreography for 12 dancers. The dance performance is paired with hypnotic music by Kuggeleyn’s longtime collaborator, German composer Christian Meyer. Kuggeleyn uses his trademark TransDance technique, which employs a high rate of repetitive movements to gradually unfold the inner dynamic of the group of performers. Like caged birds, the dancers move in their cramped confines. And if one realizes the limitations and dares to escape, the group pulls him back. With his creation, Kuggeleyn provides an ironic metaphor of modern life and, at the same time, an impressively physical dance performance to the audience,” she says.

The Jin Xing Dance Theater will perform on February 9, 10 and 11 at the Suzanne Dellal Center in Tel Aviv. For more information: www.suzannedellal.org.il