Day at the museum

The Tel Aviv Museum of Art opens its doors to a world of culture and creativity. 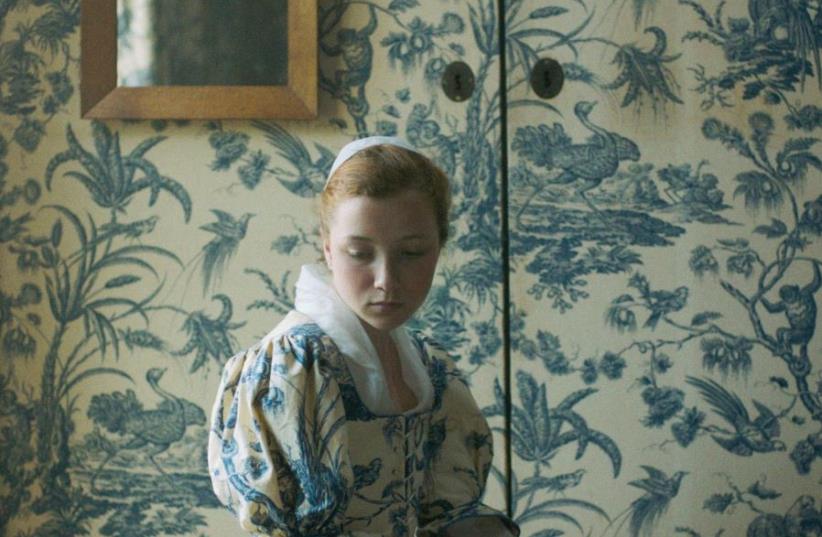 Video work by Fiona Tan
(photo credit: COURTESY TEL AVIV MUSEUM OF ART)
Advertisement
The Passover holiday is the perfect opportunity to visit local museums. The Tel Aviv Museum of Art is always free of charge for children 18 and under, and it extends this complimentary entrance to the public from April 12 to 15.

For additional information, visit www.tama.org.il ACTIVITIES FOR CHILDRENSpecial programs for children aged seven to 12 include The Passover Adventure; creative workshops; and Natural Forces, a full-day artistic program focusing on the museum’s current exhibition and research project “3.5 Square Meters: Constructive Responses to Natural Disasters,” which is on display until the end of September.The museum also offers two-day adventures for children.Among these are The Haggada – a tour and workshop focusing on classical and modern sculpture; and Pyramids of the Future, which explores the landscapes of various periods of history through interactive, colorful and fun art projects.Participation in a single workshop is NIS 70, and NIS 140 for a two-day workshop. Tickets for these activities are limited, so advance purchase is recommended.Children’s workshop.(COURTESY TEL AVIV MUSEUM OF ART)“Keep on Changing” is an interactive exhibition for the whole family, where everyone is encouraged to invent and contribute to the creation of communal works of art. Throughout the duration of the exhibition, the gallery space will fill up and change continuously.CURRENT EXHIBITIONS ON DISPLAY“Woven and Untangled” is on display in the Helena Rubenstein Pavilion for Contemporary Art. It includes a selection of new video works by Israeli artists.The themes range from the perfect aesthetics of woven tapestry and the equal division between Jews and Muslims in the Cave of Patriarchs to architectural fantasy in China and the complexity of father–daughter relationships.“Ibrahim Mahama: Fracture” is a large site-specific installation by contemporary Ghanaian artist Ibrahim Mahama. He utilizes raw materials such as jute sacks used for transporting cocoa, coffee and coal. The sacks are made in India or Bangladesh but are stamped “Produced in Ghana.” In using these sacks, Mahama reveals how capital and power move to and from Africa, interchanging significance, value and status.“Dead End” is an exhibition of sculptures, photographs, paintings, prints and installations from the museum’s collections. The exhibition derives its title from the museum’s newly acquired installation by Polish artist Mirosław Bałka. The work presents an empty room covered with a soft ash texture that echoes the artist’s interest in history and the body. Other works in the exhibition come from Israeli and international artists such as Liat Elbling, Pinchas Cohen Gan, Yayoi Kusama, Michal Na’aman, Bridget Riley and James Turrell.“Fake?” addresses the fascinating phenomenon of forgery. The exhibition examines forgeries in the fields of art, fashion, history, literature, religion and archeology.It features fakes by notorious Dutch art forger Han van Meegeren (1889–1947), who made paintings in the style of Vermeer and passed them off as originals. Three Dutch museums loaned van Meegeren’s major forgeries to the exhibition. (Until April 22)

“Shai Yehezkelli: In Praise of Avalanche” is an exhibition by the winner of the museum’s 2015 Prize for a Young Israeli Artist. The exhibition features contemporary, Mediterranean paintings that shift between the abstract and figurative, comic and tragic, and political and theological. Yehezkelli constructs a rich, complex set of symbols based on religious signifiers with a mixture of medieval Christian visual terminology. (Until April 22) “Piranesi/Shiota: Prisons of the Imagination” is an exhibition that juxtaposes etchings by 18th-century Italian artist Giovanni Battista Piranesi with a three-dimensional installation by contemporary Japanese artist Chiharu Shiota.Shiota’s web of black thread holds up a floating staircase and is reminiscent of Piranesi’s fantastical architectural plans. Both artists express culture-dependent prisons that exist in their imaginations and incarcerate their dreams and memories. (Until May 6)

“Yair Garbuz: I am Painters” is an exhibition by the winner of the museum’s 2015 Prize for an Established Israeli Artist. It includes Garbuz’s illustrious comical paintings from the past five years. They display the artist’s virtuosity and his ease with the Hebrew language and painting styles. (Until May 6)“Regarding Africa: Contemporary Art and Afro-Futurism” is a largescale group exhibition of contemporary art relating to Africa from an Afro-futurist perspective that challenges stereotypical representations. Among the concepts discussed are issues of colonialism and its ramifications and the reexamination of the African body, landscape and culture. The exhibition, which incorporates works of more than 20 artists, includes painting, sculpture, photography, installation and video. (Until May 27) “Mark Yashaev: Only from this suddenness and on” is an exhibition by the winner of the museum’s Presser 2016 Photography Award for a Young Israeli Artist.Yashaev documents spaces that subvert the fundamental concept of photography. His process involves building, photographing, printing and rebuilding – a narrative that continuously constructs and deconstructs. (Until May 27)

“Gilding the Lily” presents thousands of buttons from private collections, as well as other tiny ornaments. Buttons are small, functional, everyday objects, yet their design and material may signify changes in fashion, as well as attest to one’s economic and social status. Making the small button the “hero” of an exhibition is a somewhat subversive act, seeking to grant it unusual attention. Collecting buttons is an act of passion, almost an obsession. (Until June 10) 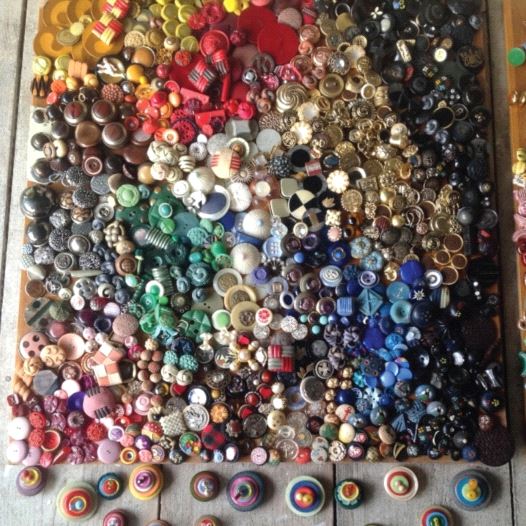 ‘Gilding the Lily’.(COURTESY TEL AVIV MUSEUM OF ART)“Fiona Tan: Geography of Time” is an exhibition by contemporary artist Fiona Tan (b. 1966). The video installations on display reflect Tan’s interest in the presence of passing time, intricacies of biography, power of portraiture and the complexity of identity.The artist draws from her personal experience. She was born in Indonesia to parents of Australian and Chinese origin, raised in Australia and lives and works in Amsterdam. (Until June 24) “James Ensor: Salt Water” is a collection of selected paintings and drawings by the Belgian artist (1860–1949), who spent his life in Ostend drawing its landscapes and its people. The exhibition presents Ensor’s works that depict his unique artistic methods and his influence on Modernism. (Until July 15)

“Ingathering 2006-2015” celebrates the 10th anniversary of the Rappaport Prize for young and established Israeli artists. The exhibition features works by a decade’s worth of prize winners. (Until September 2)“3.5 Square Meters: Constructive Responses to Natural Disasters Exhibition and Research Project” shows the various ways in which individuals and communities worldwide mobilize in response to catastrophes. The exhibition includes life-saving information communicated as tweets or posts on social networks in the course of natural disasters; online journals documenting personal confrontations with disaster; and instructions for the construction of a temporary folding shelter or for self-administered first aid. (Until September 9)“Compositions for Timespace” is a series of three exhibitions presenting cooperation between visual artists and musicians who examine their link through audio-visual dialogue. In the first chapter, Maqamat, artist Dor Zlekha Levy and musician Aviad Zinemanas stage a video installation focusing on internal and external exile, portraying the tale of Iraqi music and Iraqi-born Jewish musicians who immigrated to Israel. (Until September 30)
Advertisement
Subscribe for our daily newsletter