Medita has a pleaser for every palate 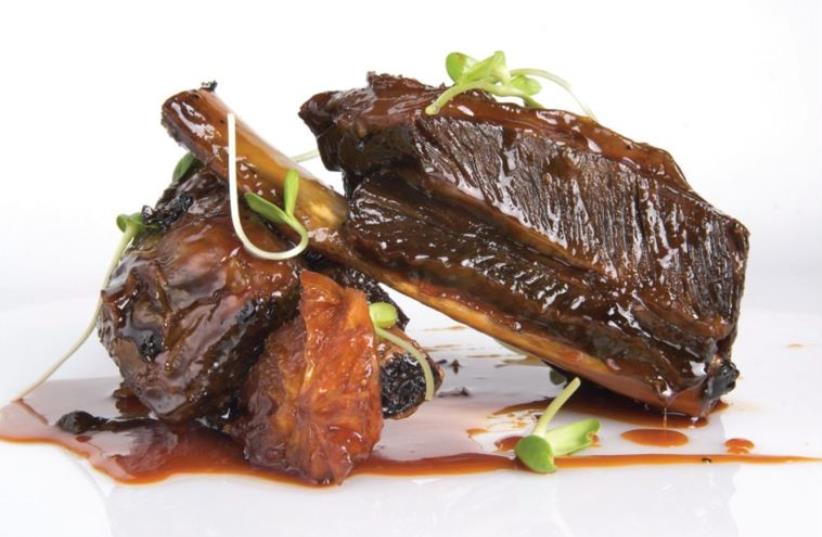 Medita restaurant
(photo credit: PR)
Advertisement
Having been open for just over a year, Medita (short for Mediterranean) is already known throughout Jerusalem for its consistent style and high quality and is a favorite among many locals and visitors who are looking for a place where they can enjoy a fine kosher dining experience. It is the younger sister of the popular Jerusalem restaurant Hachatzer.In this Mediterranean bistro, run by chef and owner Moti Ohana, patrons are greeted by a welcoming ambience, modern decor and a spacious dining room.It’s clear that Ohana is a colorful character on the culinary scene, and he gives the impression of someone who has dedicated his life to good food and wine.The menu offers a little bit of every major kosher meat group, as well as fish and vegetarian options. What ties them all together is the quality of the food, which is based on what’s in season. The tasty dishes are complemented by the finest selection of Israeli wines, both local and international.Our waiter was friendly and made us feel at ease. He took his time explaining details of dishes and drinks. He started by bringing us the homemade focaccia (NIS 22) with a variety of delicious dips that included tehina, creamed eggplant with date honey, pickled vegetable salad and olive oil with balsamic vinegar.I am obsessed with eggplant, so there’s a chance I am slightly biased here, but the sabich salad (NIS 42) was delicious. The fried eggplant sort of melted the hardboiled egg’s yolk; the amba and tehina melted in perfectly, and the greens and radish added a delightfully refreshing crunch.This was followed by the seared tuna (NIS 58) accompanied by a green salad, soy caviar with a wasabi vinaigrette. Flawlessly seared and perfectly cooked, the tuna was fantastic.Next up was the filet of sea bream in a macadamia crust (NIS 78) with tehina on top, quinoa and garnished with dried cranberries. It was exquisite in presentation and flavor, and the delicateness of the fish was a good contrast to the other, stronger flavors. I appreciated this dish.They cooked something that everyone cooks but made it unique and better than anywhere else.It was then on to some meat starters, which included veal sweetbreads (NIS 62) and tataki beef filet (NIS 65). Served in a pita with tomato salad and pickled mango, the sweetbreads were plump, perfectly seasoned and had a great yet mild flavor.The slices of tataki beef laid on top of potato pancakes were delicious, tender and flavorful. All the first courses were tasty, well seasoned with fresh ingredients, and the portions were generous.After a bit of a breather, it was on to mains. Being South African and having grown up with traditional sweet meat dishes such as Babotie, I was pleasantly surprised by the barbecued Hachatzer asado in an orange sauce (NIS 88). Regarded as one of Ohana’s signature dishes, the slow-roasted meat burst with flavor and practically melted in my mouth. And the sweet citrus sauce was so good that we used the rest of the focaccia to sop up what remained on the plate.This was followed by the green spring chicken (NIS 82) atop a quinoa and cranberry salad. The chicken was succulent, soft and not dry.Already bursting at the seams, we valiantly strove on to the sliced sirloin (NIS 96) with black pepper, potato wedges and chimichurri.The meat was moist, well seasoned and had a nice, juicy chew. However, after a few bites we were done. My dining partner took the rest to go and thoroughly enjoyed it the following day.When dessert was brought out, I wanted to politely decline. It looked fabulous, but I didn’t want anything to interfere with the myriad of flavors that I had just experienced. Thankfully, my dining partner was game, so we had a dish of vanilla ice cream served with raw tehina, silan, halva pieces and pistachios, as well as a hot chocolate cake with three different sorbets and a macaroon Topping off the meal with a shot of espresso, my dining companion and I agreed that we would be back because one visit was just not enough.The writer was a guest of the restaurant. Medita Kosher 101 Derech Hebron, Jerusalem Tel: (02) 566-4466