Dining: Italian in the heart of the city

Freshness and originality are hallmarks of La Repubblica. 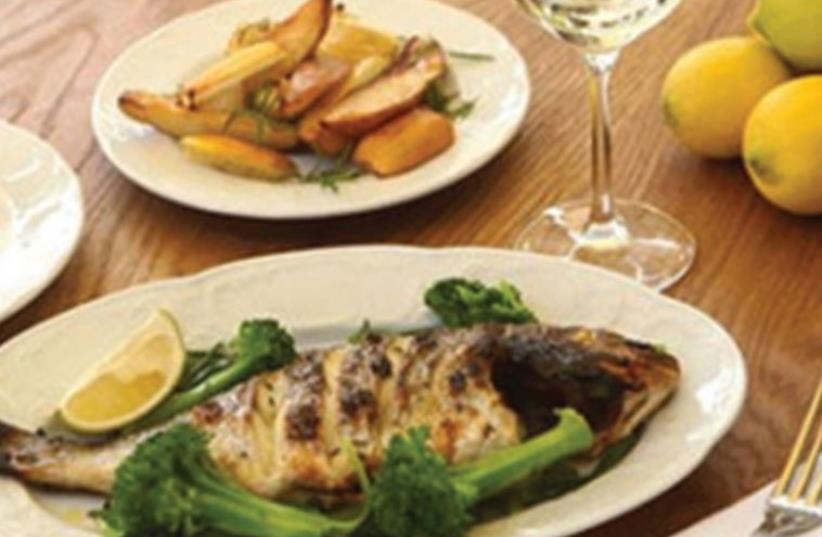 La Repubblica restaurant
(photo credit: PR)
Advertisement
The Italian restaurant with the memorable name La Repubblica di Ronimotti has been at its present location in Tel Aviv’s Lev Ha’ir Square for five years now, but the reputation of owners Roni Belfer and Motti Sofer as knowledgeable and exacting purveyors of gourmet delicacies long precedes this latest move. The current iteration features a welcoming rustic Italian decor, complete with smoked meats and sausages hanging along one wall, and two separate al fresco areas.According to Sofer, La Repubblica especially takes pride in the raw ingredients it sources carefully and even grows them in its organic garden – il Giardino – in Kfar Hayarok. Fish and seafood sourced locally off our shores come to the restaurant daily from Jaffa’s fish market, while the prime beef is aged in-house for 48 days.As we perused the Hebrew and English menus – as well as the daily specials food and wine – we sipped the restaurant’s eponymous cocktail, La Repubblica (NIS 38), a straightforward blend of Martini Rossi, lemon and tonic, which was bold and refreshing, bringing to mind a fortified sangria.With the starters, we were served focaccia bianca (NIS 20) – two long and thin, pale and doughy fingers, warm from the oven – accompanied by a mild salsa.Our first starter, one of the daily specials, was bullet tuna crudo (NIS 44): chunks of raw red Spanish mackerel in olive oil, with slices of radish and beet pickled in-house. The freshness of the fish was evident, and the olive oil clearly of the highest quality, while the unexpected item that put the dish over the top was ground pistachio nuts, for a welcome bit of contrasting crunch.Next was zucchini carpaccio with arugula in an olive oil and lemon dressing (NIS 44). The yellow and green zucchini on our plate had been picked just hours before in La Repubblica’s private garden, a detail that elevated this simple vegetable to something extraordinary. Moreover, a sprinkling of toasted almonds plus tiny leaves of distinctive red basil and wide ribbons of shaved pecorino cheese created a symphony of flavors.Our first warm antipasto was Malfatti (NIS 46): miniature loaves of Swiss chard with roasted pepper, steamed onion and mozzarella and Parmesan in a rosé sauce. As one of the restaurant’s signature dishes, this is an excellent way of getting your vegetables; the tomato and sour cream sauce was good to the last drop, mopped up by the soft and chewy focaccia.Our main course was aged entrecôte on the bone (NIS 40 per 100 grams). Seasoned with black pepper and rosemary and served rare, this extremely marbled cut was so tender and juicy, it melted in the mouth. The delectable steak had been trimmed from the bone, but there was plenty of flavorful meat left on it for enjoyable gnawing: a carnivore’s delight.Main courses come with polenta as one of the choices of a side dish.The version here was exemplary, the addition of truffles and pecorino cheese rendering it creamy and exquisitely rich.We also tried a small plate of the pappardelle, one of the classic pastas La Repubblica makes from scratch all’uovo, with no fewer than 40 egg yolks per batch. It was cooked perfectly al dente and served in a lemon, butter and sage sauce that was very heavy on the sage. Gluten-free pasta may be ordered for a nominal extra charge.The meat and sides were paired nicely with a glass of the house red wine, a pleasant blend called Mare Red from Portugal’s Maia winery (NIS 28).Desserts at La Repubblica were all made in-house. Our waitress recommended their most popular dessert – tiramisu (NIS 36) – as well as a unique one: grandmother’s cake (NIS 28). The latter was a delicious combination of polenta and almond with a texture reminiscent of a sponge cake, enhanced by a dollop of limoncello cream.The former, meanwhile, was as good a version of the classic dessert as you will ever taste: an airy concoction that dissipated as soon as it hit the tongue, infusing the taste buds with exquisite flavor.The writer was a guest of the restaurant.