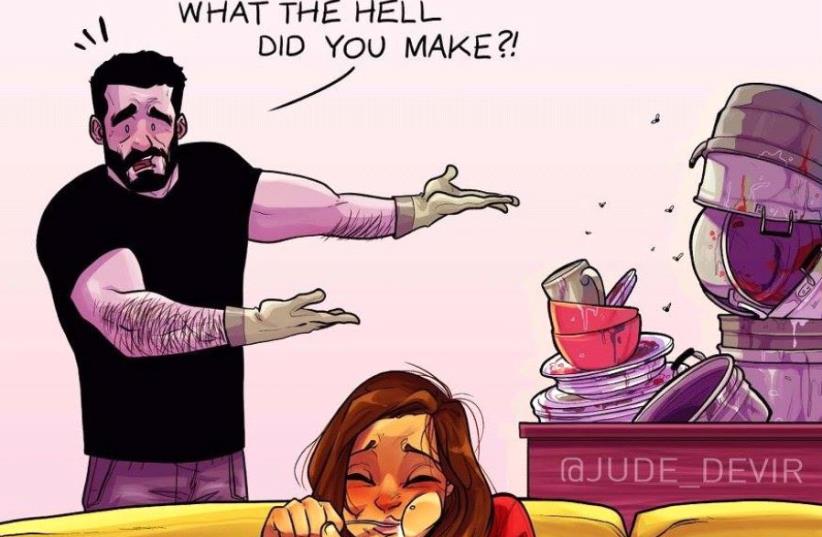 Comic by Yehuda and Maya Devir
(photo credit: YEHUDA AND MAYA DEVIR)
Advertisement
It all started with a search for an apartment in Tel Aviv, of course.Yehuda and Maya Devir, newlywed illustrators who both studied at the Bezalel Academy in Jerusalem, were looking to move into a new place. "She saw that on Facebook there's lots of couples who, when they're trying to find an apartment, post photos of themselves saying 'please help us find an apartment,'" Yehuda told The Jerusalem Post in a recent interview. "She said 'why don't you draw something funny so that people will like it and help us?'"So he drew up a quick sketch of the pair of them hunting for apartments, and it not only worked, it also got tons of likes and shares online. "I recognized the opportunity that those illustrations had," Devir said. "So we started to do more illustrations about our private life and our private moments." 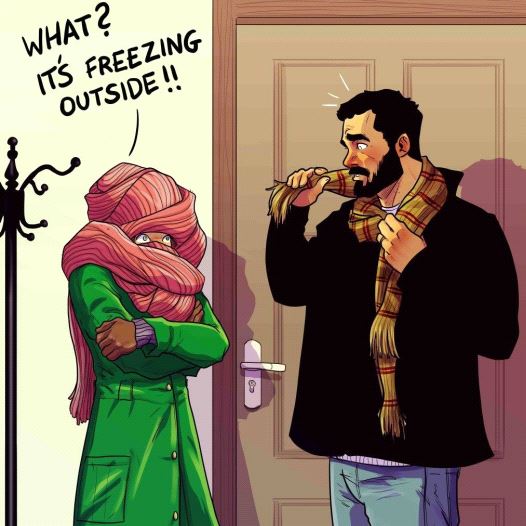 Devir began creating more funny sketches about married life - what it's like to shower together, or when she discovers a bug in the house, or makes a mess in the kitchen cooking dinner. And when a friend shared one of the images on the wildly popular online platform 9gag, things really took off, and suddenly Devir was seeing his images shared around the web - some of them millions of times. And while he knew the drawings were funny, he didn't realize how much people would identify with them. "We didn't think that couples would recognize these moments," he said, "especially the one about sharing a shower together," where he is being burned by the water and she is loving it. "We just illustrated it and we posted it and it went viral." 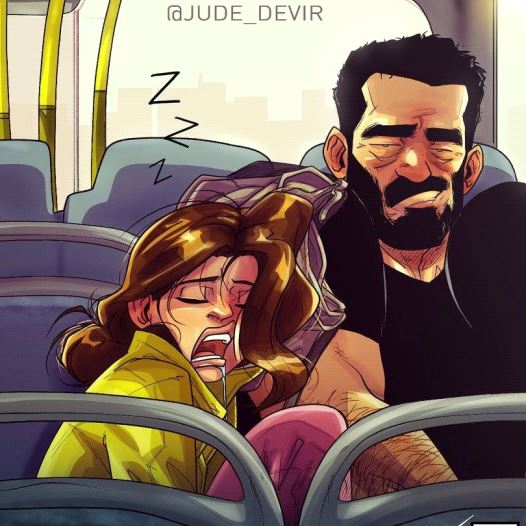 The drawings have gone around the globe, getting the couple a write up in the Huffington Post and appearances on Israeli TV. An article on BoredPanda.com, an art and design community, has been viewed more than 9 million times, and Devir's Instagram following has rocketed up to 350,000. "From that moment we understood that we're doing something that a lot of people love, so we decided we'll keep doing it and show more of our private moments."The couple dream up the ideas together, and then Devir draws them, a craft he's been honing since he was just a few years old.
"My first action as a kid with a pencil was to draw on my parents wall," he said. "And my parents, they didn't get angry, they didn't shout at me or tell me not to draw on the walls, they just got so happy." His father, Devir added, "just picked up another pencil and drew on the wall with me also." And that night, his parents repainted the wall "so the day after I could paint it again."Since then, he has never really stopped drawing, through high school and the army and then his studies in Bezalel. He studied visual communications but also learned plenty of things on his own, from watching cartoons and reading comic books.Today, when Devir isn't making cartoons of his marital life, he works as an illustrator, doing character design for companies, commissioned work and now even comic book-style portraits for couples.After all, his comics and cartoons have gotten accolades from all his family and friends as well. 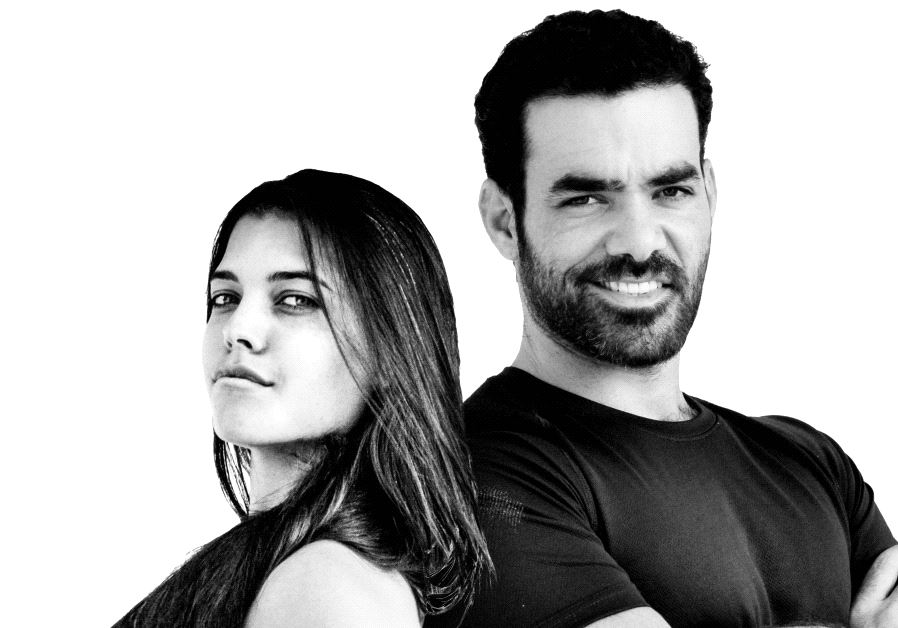 "Both of our families I think really had fun with it," he said, "although my mom always, she's sharing those illustrations, but she sends me a message - 'Can you please explain to me, what did I share, I don't think I understand it!"Devir said while he gets mostly positive feedback, some people are less than pleased to find out he's Israeli, and that both he and his wife have served in the army. "Some people are like, 'yo, we hate you, but also we love your work,'" he said. "I got a comment from somebody from Iran and he said, 'listen, I'm supposed to hate you but I love your illustrations.'"