Though the Golan is known as Israel's wine country, the West Bank is home to over two dozen celebrated wineries. 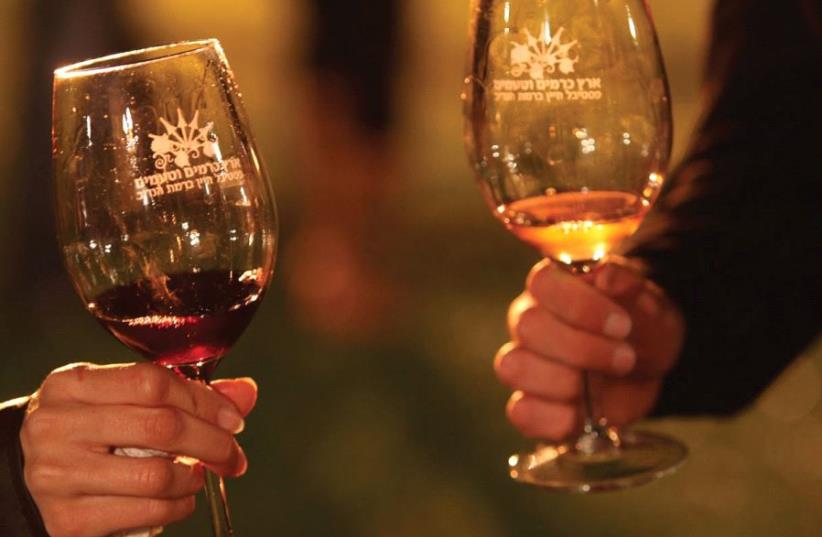 Like all its wines, the bottle is stamped with the image of a coin dating to the first century C.E. found in a chalky cave near its namesake West Bank settlement and inscribed in Hebrew with the words “For the freedom of Zion.” The coin, its catalog explains, “symbolizes the preservation of winemaking tradition — offering you a taste of our history.”

For Yaakov Berg, Psagot Winery’s CEO, and his West Bank competitors, winemaking in the West Bank is a blend of commerce and ideology. They have successfully marketed both their award-winning wine and the settlements to the Israeli public.

Settlement wineries have boomed in the West Bank in the past decade or so. According to a 2011 report, settlements in the territory are home to 29 of the more than 150 wineries in Israel and its territories, compared to 14 in the famed Golan Heights wine country.

Several West Bank settlement winery owners reported exponential increases in production since the early 2000s, with most of their wines being sold in Israel. Berg said his Psagot Winery produced about 300,000 bottles of wine last year and sold about 65 percent of them locally — a hundredfold increase since it opened in 2003.

Berg described the flourishing of Jewish life, and viticulture, in the West Bank as an affirmation of the righteousness of the Zionist project to return Jews to their biblical homeland after two millennia in the Diaspora. That message, he said, has borne fruit.

“The land wouldn’t accept someone else. She waited for her sons to come back,” he said in an interview at his winery. “Wine is the best thing to happen to Judea and Samaria. It’s a very good tool. When people come here to drink, they get to know us and they see how we live. It makes a huge difference. Huge.”