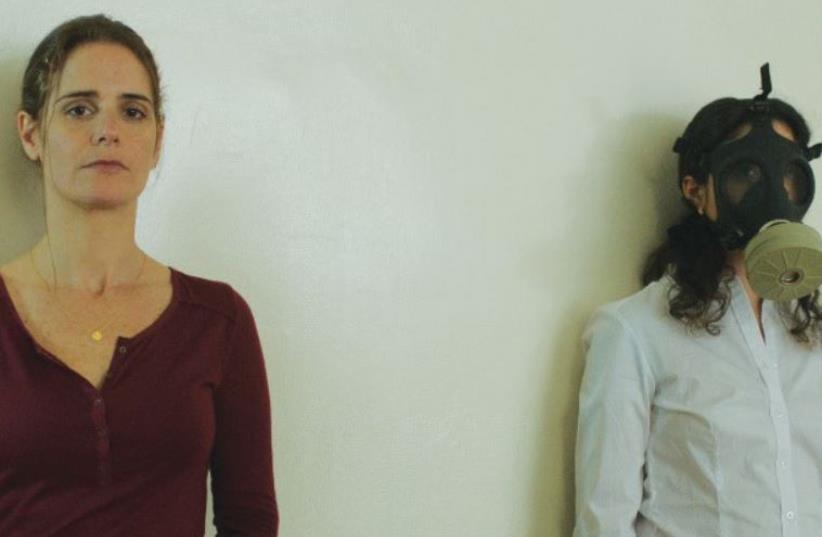 Eran Kolirin’s new film, ‘Beyond the Mountains and Hills,’ will compete in the Cannes festival
(photo credit: SHAI GOLDMAN)
Advertisement
While Israeli films have long been strong contenders at the Cannes Film Festival, which will be held from May 11-22, this year, for the first time, there will be a pavilion that will showcase the Israeli film industry, sponsored by the Culture and Sports Ministry.The pavilion, which will feature new Israeli films, will also highlight upcoming projects, festivals, film funds, films schools, producers, directors, cinematheques, distributors and technology. Its organizers hope to promote international partnerships, co-productions and collaborations among filmmakers.Each day the programs at the pavilion will focus on a different topic, such as animation. A day will be devoted to “Jerusalem on Screen,” featuring organizations promoting filmmaking in the city. Another day will be dedicated to leading Israeli film producers, and will feature a round-table discussion bringing together Israeli and foreign producers to encourage investment in Israeli films. Other events will include seminars, master classes and receptions.The artistic director of the pavilion, Rafael Barbibay, said, “The Israel Pavilion will offer a nonstop program of events presenting Israeli cinema to the world, with an emphasis on promoting contemporary cinema, advanced technological developments, including the 360-degree camera and virtual reality glasses, as well as the talented young generation in Israel’s film industry.”This year, two Israeli feature films are in the Un Certain Regard competition, Eran Kolirin’s Beyond the Mountains and Hills and Maha Haj’s Personal Affairs.Kolirin competed at Cannes in 2007 with The Band’s Visit, the enormously popular film about Egyptian musicians stranded in a Negev town that was graced with a wonderful performance by the late Ronit Elkabetz. The Band’s Visit won three awards there, the Award of the Youth, the FIPRESCI Prize and the Un Certain Regard – Jury Coup de Coeur award.The other Israeli films at Cannes this year are Anna, by Or Sinai, of the Sam Spiegel School for Film and Television, Jerusalem, in the Cinefondation section; Asaph Polonsky’s One Week and a Day, in the International Critics’ Week; Nadav Lapid’s From the Diary of a Wedding Photographer, in the Special Screenings section; and Tamar Rudoy’s The Bride’s Daughter, in the Short Films category. Lapid will also be a judge in the International Critics’ Week section.Israel has done well at Cannes, both in recent years and in the early days of the Israeli film industry.Oded Kotler, the star of Uri Zohar’s Three Days and a Child, an adaptation of the A. B. Yehoshua novella, won the Best Actor Award at Cannes in 1967.In 2005, Hana Laszlo won the Best Actress Award at Cannes for Amos Gitai’s The Free Zone.Joseph Cedar won the 2011 Best Screenplay Award at Cannes for Footnote.Even when they don’t win prizes, Israeli movies at Cannes tend to be well received and critically acclaimed. Ari Folman’s Waltz with Bashir, which competed for the Palme d’Or in 2008, received a great deal of buzz at the festival, and went on to win 55 awards around the world.Last year, the Cannes festival awarded the Grand Jury Prize to Son of Saul, a harrowingly realistic-looking drama set in Auschwitz, and the film went on to win an Oscar and a Golden Globe. Son of Saul was directed by László Nemes of Hungary, and it was developed in the Jerusalem International Film Lab at the Sam Spiegel Film School. The Lab takes promising young writer/ directors from Israel and abroad and brings them to Jerusalem to work with film-industry mentors on their films.This year, Nemes is serving on the jury for the main competition. Two films developed at the Jerusalem International Film Lab will be competing at Cannes this year: Asaph Polonsky’s One Week and a Day in the International Critics’ Week, and Boo Junfeng of Singapore’s film, Apprentice, about a young Malay man who becomes the apprentice to an executioner.Nadav Lapid’s 2014 film, The Kindergarten Teacher, which premiered at Cannes, was also developed in the Lab, as were several other films that have been shown at Cannes in recent years.The Culture and Sports Ministry and STARTAU, Tel Aviv University’s Entrepreneurship Center, are collaborating to promote the Israel Film Pavilion to the international hightech community.On May 12, to coincide with Independence Day, there will be world premiere screenings of 10 new Israeli virtual reality films from Steamer Productions, a technological and creative incubator that brings together tech and film professionals.This year, for the first time, the Cannes Film Market’s NEXT Pavilion, focusing on the future of film, will have a special virtual reality program.One of the Israeli VR films, Summertime by Nir Sa’ar, has been chosen to be shown at the NEXT Pavilion.Most of the VR films to be screened at the Israel Pavilion were filmed using 360-degree cameras which are not yet available on the market, such as Samsung’s Gear 360 camera or the Israeli Vuze camera by HumanEyes.If you’re lucky enough to be at Cannes during the festival, the Israel Pavilion is No. 218 in the International Village Pantiero.