Israeli musicians with disabilities to represent Israel on world tour

The Shalva band has become an international icon for inclusion and a real example of the amazing things that can happen when you empower people's abilities and believe in their potential.

One Day, A Medley by The Shalva Band/YouTube Shalva Children's Center
Advertisement
The band that inspired thousands of people around the globe with their viral video clip is embarking on a world tour, to perform in cities across three continents. The Shalva Band is composed of eight adults with disabilities; including Down syndrome, Autism, and various physical handicaps; whose talent and moving performances have merited awards and international recognition. The band will be traveling to New York, Tornoto, Mexico, and London, among other cities to represent Israel and people with disabilities at tens of dignitary and cultural events."When the band was established over ten years ago, it was merely an expansion of Shalva's music therapy program," explained Shai Ben-Shushan, the Shalva Band director. "Today the Shalva band has become an international icon for inclusion and a real example of the amazing things that can happen when you empower people's abilities and believe in their potential. This is a message that everyone can relate to, whether or not they have disabilities." Shai Ben-Shushan established the Shalva Band as personal rehabilitative mission to give back to the community following his recovery for a serious injury while serving in the IDF. The band performs several times a week, at times alongside music celebrities, and recently released a CD. Their band practices focus on things beyond perfecting their impressive musical repertoire; like honing fine motor skills, discipline, as well as social and communication skills. 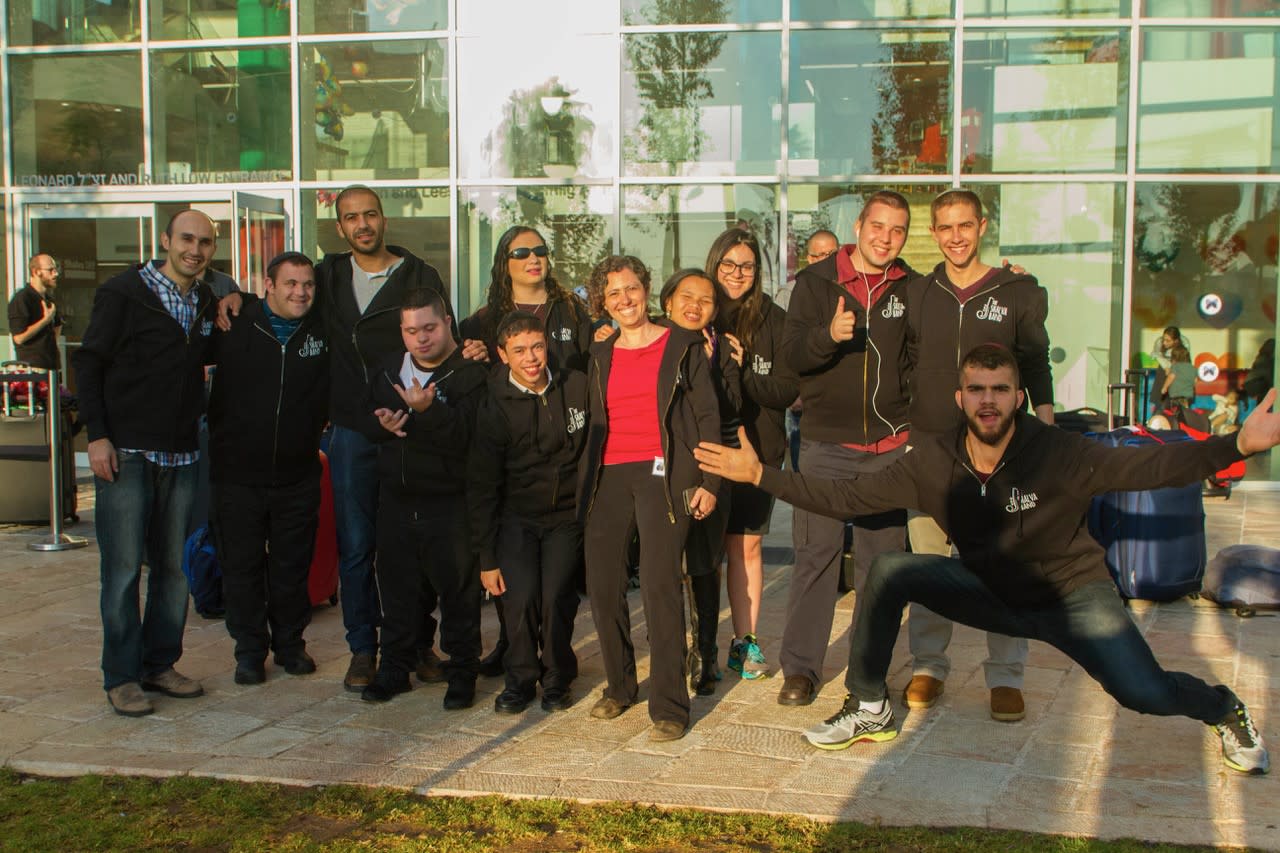 Members of the Shalva Children's Center pose at the airport ahead of their world tour
The Shalva Band has prepared special musical renditions in English in advance of this tour, and will be accompanied by a music therapist and social worker as part of the band's support staff. For some of the band members, traveling abroad will mean leaving their families for the first time and contending with unfamiliar cultures and languages."I could have never dreamed that our children would be performing before live audiences of hundreds of people abroad," says Kalman Samuels, the founder and president of Shalva. "On the other hand, it doesn't surprise me because at Shalva we truly believe in every person's potential and in celebrating everyone's unique abilities. In a way, this amazing world tour is simply what we've been doing all along." Shalva was founded in 1990 by Kalman and Malki Samuels as a result of their personal experiences raising their son Yossi, who was rendered blind and deaf among other disabilities due to an injury during his infancy. Today the organization serves 2,000 children with disabilities and their families through a variety of therapy, educational, and recreational programs and services. The Shalva National center, located in Jerusalem, is the largest and most advanced center for disability care and inclusion in Israel. To learn more about the Shalva Band or book a performance on their world tour visit www.shalva.band