Luca Aquino will perform at the Red Sea Jazz Festival in Eilat. 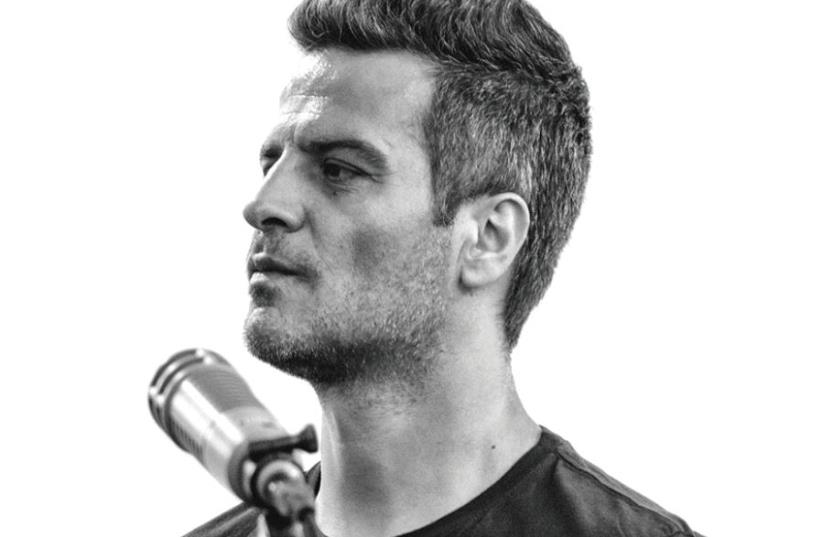 Luca Aquino
(photo credit: DIEGO ORLACCHIO)
Advertisement
Luca Aquino likes to get out and about. Since he earns his living as a jazz trumpeter, that might not be too startling an observation. But he has developed a penchant for playing with all kinds of ensembles and in some none too conventional venues.Thus far, he has recorded in a Turkish bathhouse and a couple of churches, and he took part in an adventurous artistic venture with the Jordanian National Orchestra when they recorded at the famed Petra archeological site.Now the 42-year-old Italian is coming to this side of the border to play at the upcoming edition of the Red Sea Jazz Festival in Eilat (February 9 to 11), together with accordionist Carmine Ioanna and pianist Sade Mangiaracina.Aquino’s bio is full of surprising items, such as the fact that he only started playing the trumpet at the age of 19. And it wasn’t as if he’d tried out first on, say, guitar and gradually gravitated towards an instrumental switch.“The trumpet was my first instrument,” he declares.The teenager had planned on a far more conservative way of making a living.“I went to university at the age of 17 to study economics,” Aquino explains. “I used to like rock music, and when I was 19 I started listening to jazz, such as Miles Davis and Chet Baker.”Baker spent many years living in Italy, but there was no patriotic factor in Aquino’s decision to take up the trumpet.“I just loved the sound of his playing. I like a very warm and soft sound. And Chet Baker has that sound, a very romantic sound, and a bit dramatic,” he says.Once Aquino made what proved to be his life-changing decision, he got a little help from a family member.“My uncle played trumpet, and he gave me a very old trumpet when I as 19. Then a friend brought me some music by Chet and Miles, and I really loved it,” he recounts.Rather than trying to make up for lost time, Aquino feels that his late start to music making has been an advantage.“People normally start learning to play an instrument when they are much younger. But then they can get a bad teacher and they give up. I think it is better to start when you want to start, not when your father and mother want you to start,” he says.The trumpeter is clearly his own man and carved his own professional and artistic path at his own pace.“I made by first album in my own name when I was 32,” he states. “I had already played in a lot of bands, but I decided to make my own first album when I was 32. I think that in the music, we need time.”It’s all about paying your dues before you push your own boat out.“You have to do a lot of hard work, do a lot of collaborations and play a lot of concerts. You have to be ready. You have to know what you want to do, and for that I think you need time,” he says.Once he experienced the recording studio vibes, there was no stopping the man.“I am now 42, and in the last 10 years I made one album every year,” says Aquino. “You have to be sure about what you’re doing.”Aquino may have turned towards a fundamentally improvisational art form, but he never forgot his rock roots. His favorite band is 1960s Californiabased group The Doors.“They are my favorite band, and I made an album based on their music,” he notes.The record in question is called OverDOORS, which came out in 2015. On it, in addition to trumpet, Aquino produces a range of sounds with electronics equipment, and he was backed by electric bass, drums and various guitars. There were also some vocal additions to the textural fray.Aquino says his attraction to music of The Doors and the band’s iconic vocalist Jim Morrison was a natural process.“Jim Morrison had a very jazzy voice. The band had a very jazzy sound. When they played live, they always changed the music. So when I decided to make the album, I started to listen to all their records I had listened to when I was young. I listened to Jim Morrison’s voice again, and that really inspired my approach to the music,” he explains.American trumpeter Jon Hassell was also a strong influence on Aquino’s development. Hassell, who is now 79, incorporates a generous dosage of electronic manipulation in his output, and Aquino is happy to follow suit Aquino is always looking for the next to do and spreading his talents and evolving experience across any number of fields of musical endeavor.“Some journalists have called me Dr. Jekyll and Mr. Hyde,” he laughs. “Sometimes I feel I need to play only acoustic music, and in a location like a church with natural acoustics, and other times I need to have a big stage with a rock music sound.”The trumpeter’s Eilat show will be far more intimate, with just the accordionist and pianist by his side. The trio will mostly play numbers from the 2013 album aQustico.“It will be an acoustic show, but there will be a little bit of electronics too,” Aquino says. “I am looking forward to being in Eilat and bringing the music to people and trying to bring people close together. You can do that with music.”