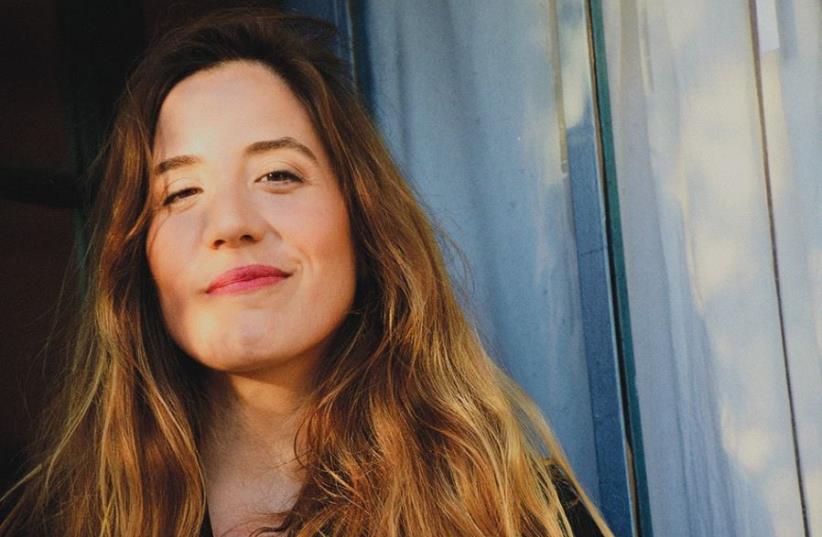 ‘I COULD write a song and then perform it, even if it wasn’t perfect. I love to bring something that isn’t quite finished to the stage. I do a lot of improvisation. That’s one of my main things,’ says local musician Michal Lotan.
(photo credit: Courtesy)
Advertisement
Michal Lotan is a natural performer.You can hear it in her music, which she sings with a breezy, fresh sincerity that is at once charming and uplifting.The 37-year-old Israeli just released her newest single, “Heart and Soul,” and is readying the release of her second studio album, Lady Falling Down, in September.Lotan sat down with The Jerusalem Post ahead of her Jerusalem Cafe Yehoshua performance on July 11 to discuss playing instruments, improvising, and dreams of collaborating with the late Danny Kaye.

How did music first enter your life? I started singing from a really young age. I was always one of those kids who performed. I took dancing lessons, acting lessons, and was in the choir. I noticed there was something special about my singing at around 5th grade. I grew up in Moshav Dekel, which is a small place in the south. I was always really scared to sing whenever the choir teacher would come next to me to listen. But at some point, I started to notice that whenever I did sing, I got the solo bits. I really liked dancing, singing and acting, but I wasn’t thinking of music as a career yet. It was just so clear to me that I would be on stage. Then I think as a child psychology thing, I started saying, okay, people like this thing that I do, I’m gonna keep on doing it. In my teenage years, I was sure I would be an actress. But once I started playing instruments, it became clear that this is what I was going to do with my life. Playing percussion, guitar and piano made it obvious. I think that everybody should play instruments. It’s such an amazing, holy experience to be able to create music so simply.

You started off playing percussion? Yes, I didn’t think I had the discipline to play any instruments. When I was 12, my mother took me to a guitar teacher and he told me my hands were too small. So at some point, I started playing percussion because it was around me. I found that I really liked it. Every time I [made] some sort of giant leap with an instrument, it was because I was next to somebody who played really well and I was absorbing what they did and it made me grow. I finally started playing guitar and then piano.Piano became one of my favorite instruments, although I rarely play it in my live shows.Do you find that you’re able to flow between all three instruments? Yeah they’re all pretty different. I don’t perceive myself as a percussionist, or a pianist, or a guitar player. I’m a singer/songwriter.That’s what I am. I’ve done projects in my life where I was playing percussion and I’ve done a lot of music for theater, but if somebody came to me and asked to learn to play an instrument, I would say that I’m a vocal teacher. But I’ve got a very good groove. I spent many years on the guitar learning how to accompany myself, so that’s what I do best. I’m not one of those musicians who will do a crazy guitar solo.Was it a process to learn how to accompany yourself? I’ve definitely had to work on it, but from the moment I started playing guitar, I felt that I would play well and really beautifully.Maybe not so complex, but something that accompanied my singing very well.If it wouldn’t have been such an amazing click, I probably wouldn’t have been drawn to it. It was just so immediate. A month after I started playing, it was obvious that I’d found my thing. There was a road that I had to go through to keep on honing it and developing it, but the initial spark was immediate.

At what point did you decide that you wanted to put an album out? My first album was in 2010, but I actually released an Internet album before that, which I didn’t even know I was doing.I just wanted to go into the studio and record. That was in 2006. You can still find it online. When I hear it now, it’s so sweet.It’s just me and the guitar. Throughout my 20s, I was constantly saying, this is it, and then constantly questioning whether I was doing the right thing. No matter what, even if I had doubts, I was there. I was performing and playing. I was so easily able to go on stage and sing right from the beginning.Do you think that was because you were comfortable on stage from your theater days? Yeah I was comfortable already on stage and with my instrument. I could write a song and then perform it, even if it wasn’t perfect. I love to bring something that isn’t quite finished to the stage. I do a lot of improvisation. That’s one of my main things. Performing something that isn’t really “ready” is a good way to let it evolve.A song is never really ready; there’s no such thing as ready. There are different stages.The whole process of recording is really fun for me, but it’s also hard to stop because it’s always evolving. An album is a way to say to the world, this is my thing for the past three years. It’s like a diploma. I don’t have other diplomas besides my albums. The amount of time and work that goes into making an album and videos and live shows, it’s such a commitment.

Can you talk about your new album? Officially it’s my second one, but unofficially it’s my fourth or fifth. It’s all on my Bandcamp, all the Internet recording sessions. For this one, I recorded a lot with my partner in music, Isaac DaBom. My friend came to a show and heard us playing together and told me to release the song as a single. So we started recording it and while we were working on it, we decided to do a whole album. Everything happened really organically. We were in the studio for two weeks and it was a completely different experience. I feel that I understand sound much better and how to arrange songs.Now when I’m listening to the radio, my experience as a listener has become deeper.It’s really amazing.You released your new single, ‘Heart and Soul’ recently. What was the process of creating that like? We had to work on the lyrics to make it a bit more obvious because sometimes my lyrics are not very clear. Not because I don’t know what I’m saying, but my soft spot is to talk about complex issues and to try to do that in a simple way. The song talks about being with someone who you love, but being in that moment where you forget that love and all the things that are hard come up. You forget to say I need you. At the end of the song, there is a realization that when you need somebody it can be really scary, but it’s also a prize to need someone, it’s a privilege.Let’s say a genie granted you your dream musical collaboration. Who would it be? The first person who popped into my head was Nina Simone because she’s my favorite singer of all time, but I don’t think we would mesh personally from what I know of her. So I would love to do a duet with Fred Astaire or Danny Kaye. I grew up on that. I’m also a very foolish, silly person and I studied everything from Danny Kaye.I would love to have a sit-down with him, write a song and sing it together.To learn more about Michal visit https://michallotan1.bandcamp.com or www.facebook.com/michalotan
Advertisement
Subscribe for our daily newsletter