Two Spanish pieces are featured within the framework of the Tel Aviv Dance Festival. 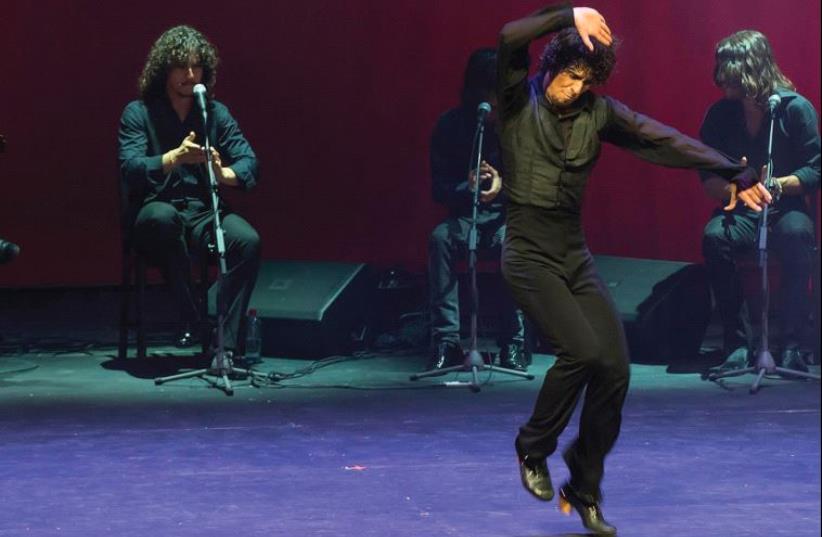 ‘7 Balconies’
(photo credit: Courtesy)
Advertisement
Not too many years back, the most anticipated dance event of the summer was a short festival called Madridanza. Established by the Suzanne Dellal Center to answer the growing demand for high-quality flamenco and Spanish dance performances, Madridanza quickly became one of the best-attended events on the calendar.In recent years, as the summer festivals have shifted, merged and changed shape, Madridanza was incorporated into the larger umbrella that is Tel Aviv Dance.And though it is no longer its own, free-standing festival, the echoes of excitement and enthusiasm for Madridanza are still very much felt in August in Tel Aviv.This coming week, two major Spanish artists will arrive in Israel to perform at the Suzanne Dellal Center. The first is Jesus Carmona.Born and raised in Barcelona, Carmona, 31, has been dancing since the age of seven. Over the course of his extensive training, Carmona passed through the hands of many renowned teachers.The production he will present in Israel, 7 Balconies, takes the audience on a tour through important moments in Carmona’s life.The performance is made up of seven vignettes, each of which features a different dance style.Carmona is joined on stage by several musicians and singers, with whom he interacts constantly. The guitarists follow Carmona around the stage, serenading him and propelling him forward in his dance. Unlike many of his peers, Carmona opts to dance barefoot, giving a more intimate, dressed down point of entry to his world of inspiration.7 Balconies is Carmona’s second major work since striking out on his own. His first, Brib Blak & Whit, was an immediate success, placing Carmona as a leading voice among young Spanish choreographers.Along with mapping out Carmona’s personal progression, 7 Balconies is a trip around Spain.Starting in the northeast and heading south and west, the performance makes stops to honor the rich dance traditions of Barcelona, Seville, Madrid, Cordoba and Cadiz.Where 7 Balconies leaves off, the next international guest began.Eduardo Guerrero, 33, hails from Cadiz. He is one of Spain’s strongest and most intriguing performers today. Guerrero was exposed to dance from a young age. At six, he began training in traditional flamenco.In his teenage years, Guerrero was quickly swept up by a number of companies and choreographers and went on to perform and tour extensively for the coming decade plus. He has a long-standing relationship with the Eva Yerbabuena Company, with which he has performed in five productions. He has also performed with Aida Gomez, the National Ballet of Murcia and the Rocio Molino Company.In 2011, Guerrero made his first original creation, De Dolores. A tribute to his grandmother, who encouraged him to take up dancing to begin with, De Dolores presented Guerrero as the unusual and thrilling character that he is.Long-limbed, sinewy and endlessly energetic, Guerrero challenges many of the preconceived notions of masculinity that prevail within the flamenco community.His work often plays on the line between male and female, being at once sensual and forceful.Guerrero’s costume choices alone set him apart from many of his peers. Where the majority of prizewinning male dancers will opt for solid suits in reds and blacks, Guerrero spices things up with purple polka dots and pink trousers.The Sins of Passage, which Guerrero will present in Israel, is an exploration of the meeting of tradition and modernity within flamenco dance. Guerrero brings his unconventional performativity to the stage, bolstered by expert musicians and singers.These performances will represent the first time either of these star choreographers has shown his own work in Israel.Jesus Carmona and Company will present ‘7 Balconies’ on August 15 and 16 at 9 p.m.Eduardo Guerrero and Dancers will perform ‘Sins of Passage’ on August 18 at 9 p.m. and August 19 at 2 p.m. at the Suzanne Dellal Center in Tel Aviv. For tickets, visit www.suzannedellal.org.il.


Tags What to do in Tel Aviv