Making his own day 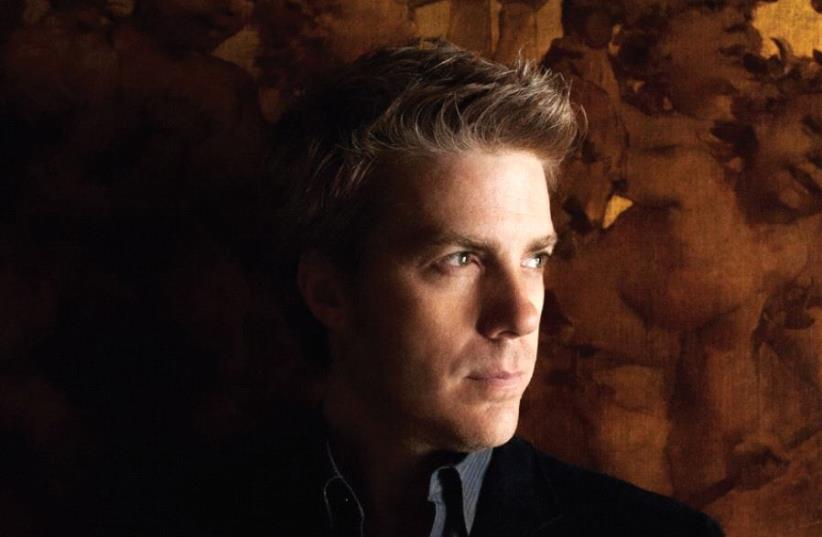 Bassist Kyle Eastwood
(photo credit: SYLVAIN GRIPOIX)
Advertisement
You would hardly expect an artist to get on stage and confront his or her audience with a glare and a stonily delivered “Go ahead, make my day,” unless he/she were looking for a hostile reception. What, after all, could a jazz bass player have to do with the tough-as-nails character of Harry Callahan, who famously intoned the aforementioned threat in the 1983 thriller Sudden Impact? Then again, not every jazz bassist has Clint Eastwood, who portrayed the iconic detective, for a dad.Kyle Eastwood is next up in the current Opera House jazz series, when he appears there on March 24 (10 p.m.), with a quintet comprising pianist Andrew McCormack, Quentin Collins on trumpet and flugelhorn, saxophonist Brandon Allen and drummer Chris Higginbottom.As a kid, Eastwood benefited more from his famous father’s interest in music, specifically jazz, than from any Hollywood-related razzmatazz.“I started on piano when I was young. My father taught me a little, I played with him a bit, and then I took piano lessons for a few years,” recalls the bassist.Eastwood Sr.’s daytime job soon pointed his son in another direction.“I had to learn a bit of guitar for a film I made with my father when I was around 12,” he says.The film was the 1982 drama Honky Tonk Man, in which the youngster acted and played guitar.A year or so later, the young Eastwood made his way to his eventual means of instrumental expression.“I picked up the bass – electric bass to begin with – when I was about 14. I just sort of taught myself, and a few years later I got serious about it and started studying it properly. That’s when I started playing the acoustic bass,” he recounts.The offspring of celebrities can have a tough time of it, especially when they choose to take up a similar occupation, and the media and people in general can tend to relate to them as “the son of” or “the daughter of.” But Eastwood says he managed with it quite well.“Of course, having a father who is that famous can cast a tall shadow, but it has its advantages and disadvantages, like most things I guess. But I have always tried to stay focused on the music and being a musician and developing as a musician and a composer,” he says.The bassman certainly seems to have taken care of the business. His debut album, From Here to There, which came out in 1998, has been followed by half a dozen more albums, the latest being the 2015 release Timepieces.One of the inestimable benefits of having a VIP dad is that you can gain access to all sorts of places that are off limits to the rank and file. When he was a youngster, Eastwood would go along with his father to the Monterey Jazz Festival in California, and they’d go backstage after the shows and meet all the greats of the era.“I think that’s what got me interested in wanting to play an instrument,” says Eastwood, “more so than just hearing jazz records around the house. I actually got to hear jazz in person, and I got to meet some great musicians, most of whom, unfortunately, are not with us anymore. My dad would also drag me along to jazz clubs in Los Angeles.I always loved music, and it intrigued me to see someone playing who was really proficient on the instrument. I remember feeling that way even watching my father play when I was young.”Eastwood may have grown up surrounded by jazz vibes, but the 48-year-old bassman also got an earful of contemporary, and earlier, pop and rocks sounds.“I grew up in the 1980s, and there were a few bands that I liked. It’s funny, when I listen to some of the music from back then, it sounds a lot better to me now than it did then,” he laughs.Eastwood got into a wide range of musical styles, which stood in him good stead when he subsequently played in pop and rock-oriented bands himself. He accrued a host of valuable experience on the road before finally getting down to putting out his first jazz record as leader, which didn’t happen until he was 30.One gets the impression that, early paternal push in the right direction notwithstanding, Eastwood was keen to pay his dues and make absolutely sure he was ready to put himself out there on record.“I played with my band in and around LA, and I even played with pop singers and that kind of thing and doing little gigs. I put together a jazz quartet of my own a few years before my first album. So we’d played that material quite a lot before we went into the recording studio. I still enjoy listening to the first album, so I guess I must have been ready for it,” he observes with more than a touch of modesty.Giving Eastwood’s oeuvre the once-over, he comes across as having eclectic tastes. There is straightahead jazz in there, as well as rock-tinged material and some ethnic music. He has also written his fair share of film music, including soundtracks he has done for his father’s movies.“I think jazz has always been a mixture of things,” he says. “I know there are some people who like to think of and play jazz in a certain way. I think that’s fine, but I have always been interested in all kinds of music,” he says.Eastwood’s output includes numbers called “Andalucia” and “Marrakesh,” which lean outside the strictly Western sphere of cultural endeavor, and he has worked with a number of Israeli jazz musicians over the years, such as trumpeter Avishai Cohen. The bassist says he is always looking to spread his musical wings.“I have played with some Arab musicians here in Paris. I enjoy going off in different directions. It makes you play differently with different people, and that keeps me interested,” he says.

Kyle Eastwood will perform on March 24 at 10 p.m. at the Opera House in Tel Aviv. For tickets and more information: (03) 692-7777 and www.israel-opera.co.il
Advertisement
Subscribe for our daily newsletter