Master of the trombone

Benny Sluchin will perform with the Israel Contemporary Players 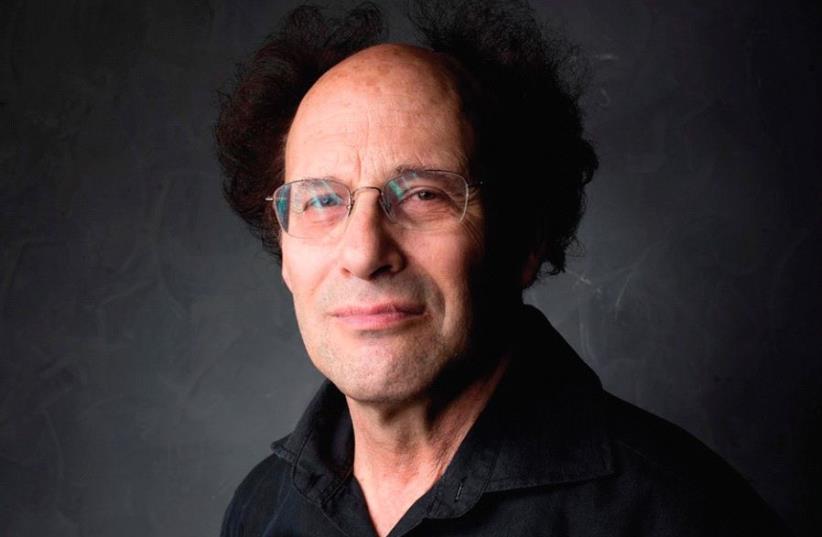 Benny Sluchin
(photo credit: PR)
Advertisement
Renowned trombone player Benny Sluchin will perform in two concerts of the Israel Contemporary Players – Contemporary Music Ensemble on May 6 in Tel Aviv and May 7 in Jerusalem, conducted by Zsolt Nagy.The Israeli-born, Paris-based trombonist will present the world premiere of Labyrinth of Voices, written for him by young Italian composer Federico Gardella. The program also features Messages of the Late R. V. Troussova by György Kurtag and the premiere of Enigma by Israeli composer Ari Ben-Shabetai. Young soprano Julia Henning will participate.Sluchin studied at the Tel Aviv Conservatory and the Jerusalem Music Academy, in tandem with pursuing a degree in mathematics and philosophy at Tel Aviv University. He joined the Israel Philharmonic Orchestra and was engaged as co-soloist for the Jerusalem Radio Symphony Orchestra. He then graduated with honors from the Hochschule für Musik in Cologne. A founding member of Ensemble Intercontemporain, he has premiered numerous works, many of them composed for or dedicated to him. He is also a researcher and highly sought-after tutor and awardwinning author of manuals for learning to play brass instruments.Why did he opt for contemporary music? “I’d say that it chose me,” says Sluchin in a phone interview from Paris. “I did what interested me, but I didn’t expect that I would make an entire career of it. It was new and challenging music that spoke to me. I found myself surrounded by amazing people – composers, performers, conductors – so I never thought I should do anything else.”While some people are not interested in new things, are not looking for adventure and prefer listening to familiar music over and over again, Sluchin feels just the opposite.“You create from nothing something that never existed, and that is a great responsibility,” he says. “My occupation with contemporary music also gave me the opportunity to develop my other inclinations, such as research. When you come across something new, you try to understand how you can do it in the best way possible. You analyze your personal abilities – your ability to perform and to understand the piece, to reveal new possibilities of your body and so forth.”In France, Sluchin completed his PhD in mathematics, “which helps in acoustic research at IRCAM [Institute for Research and Coordination in Acoustics/Music] and teaching computer-assisted music notation” at the Conservatoire National Supérieur de Musique de Paris.Sluchin, who joined Ensemble Contemporain in 1976, says it was the adventure of his life.“New things were happening, and I was lucky to be at the very center of it. This was the first musical body where you played contemporary music as a full-time job and not occasionally performing concerts here and there. Today, like in the past, the world’s leading composers and conductors work with the ensemble, and these are people who actually shape and define the face of the entire field of contemporary music,” he says.How does he feel having composers create music especially for him? “It is very moving,” he says. “I prefer not to approach a composer and suggest that he write music for me. I wait for our artistic relationship to develop enough, and then quite often composers themselves will suggest writing music for me to perform. Sometimes you became a part of the process of creation, when the two of you learn from each other. We see things differently, and sometimes you ask yourself, ‘How come I didn’t think of that before?’ Because the composer’s music idea may include a technical challenge for you as a performer. At the same time, a composer may not realize that there are things which are technically impossible to perform.”Sluchin stresses that he never interrupts the creative flow of the composer.“Let him say in his music whatever he wants. Later you can say that it is too difficult or too fast, whatever. But again, you should not be in a hurry – let the composer understand by himself that he has gone too far. And that is one of the most thrilling aspects of contemporary music: You can play a fragment for the composer and ask him to comment on your rendition,” he explains.Sluchin says that over the years he has kept a connection with his homeland.“I am happy that in Israel there are now excellent ensembles that perform contemporary music. But this transition took years. These days I am going deep into the piece, revealing new aspects of it all the time. I am looking forward to starting rehearsals with the Israel Contemporary Players and to hear how it will sound.”The concerts take place on May 6 at 9 p.m. at the Tel Aviv Museum of Art; May 7 at 8 p.m. at the Mishkenot Sha’ananim Music Center in Jerusalem.