The former dancer turned director of the Batsheva Ensemble passes on his love of exploring the body to his students. 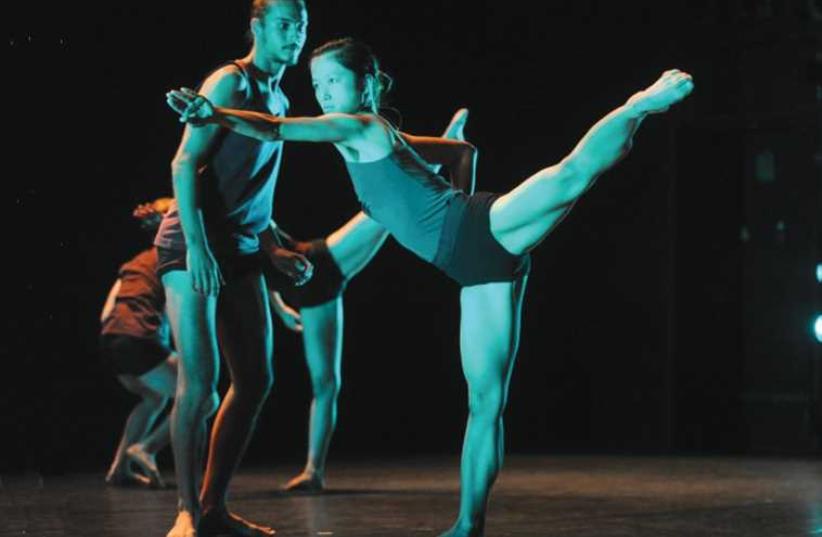 The Batsheva Dance Company
(photo credit: GADI DAGON)
Advertisement
For Matan David, Gaga technique is very personal. Each image brings back a world of memories rendered over months in the studio.“I have been a witness to the process of Gaga. Where it started and where it is today are so different.  When we say ‘lena’ [the source of movement in the mid-torso], I think of the 10 months that we spent really researching what that meant, where the movement came from and where it could go. When we talk about ‘the snake of the spine.’ I think about how we searched for that sensation for weeks on end,” he says.David sits at Café Dellal, just around the corner from the Batsheva Dance Company building in the Suzanne Dellal Center. He is on break between rehearsals and is dressed accordingly. His sharp features and blue eyes are offset by a full beard.David, 33, is director of the Batsheva Ensemble. As part of his many duties, he is responsible for accompanying the journey of many young dancers into the world of Batsheva and into Gaga technique. David is particularly fit to this task as much of the technique was developed during his 12 years as a dancer is the Ensemble and then the main company.“When I joined the Ensemble, we were still doing ballet classes most mornings. We didn’t even call the other classes ‘Gaga’ back then.”For David, dancing in Batsheva brought him back to the reason he started dancing in the first place, and Gaga was an essential part of that.“Most of us start dancing when we’re kids. Someone puts on music and we move. And then, at some point, they stick you next to the barre and say ‘this is dancing.’ Gaga brings people back to that root, the rhythm, the passion to move. It’s what’s kept me with the company for so long. It’s that undying research, that love of exploring the body and what it can do,” he says.It is this essence that David tries to pass on to the tens of new dancers he receives each year in the Ensemble.This is David’s third season in his current role, which was passed on to him by the formidable Claire Bayliss Nagar.“It was a major leap of faith,” he says with a smile. “There is a lot of work to do in this position. It’s constantly changing and growing.I remember the people who worked with me in the Ensemble, how closely I listened to every word they said, how meaningful their presence was to me. This role is about how you talk to each one of them, how you choose to say things. It’s about being a kind of life teacher.”For the past three years, David has accompanied the young dancers from their first auditions to their first rehearsals and on to their first performances and international tours. “A lot of these dancers are 18 years old, with little or no prior professional experience. They start and in three months they are already performing at the Joyce [Theater] in New York City. It’s a huge jump to make in a very short amount of time.”Giving the rigorous schedule of the Ensemble, which includes dozens of performances each season, youth can be quite an asset.“We see their age as a positive thing. They come with a lot of energy, power, charisma and desire. Through Gaga they find their individual voices. I try to give them as much time as I can, even though the schedule is demanding, to find themselves inside this process,” says David.This month, the Ensemble will perform four separate evenings; Deca’le, a collage of excerpts from works by Ohad Naharin, Bill by Sharon Eyal and Guy Behar and And Still by Daniel Agami, Meshulash and DOMAIN, two evenings dedicated to creations by the dancers.These evenings, David ensures, will be every bit as thrilling as performances by the main company or any other internationally renowned company.“The audience hasn’t yet understood what an amazing company the Ensemble is. I came to the Ensemble with a goal of doing things that haven’t been done yet, of challenging the Ensemble with repertory that they wouldn’t have been given in the past. I see that they can and do rise to the occasion each and every time and I want them to receive the recognition they deserve. Each year, the dancers auditioning are better, each year it’s harder to choose and each year, the Ensemble becomes a stronger troupe.”For more about the Batsheva Ensemble, visit www.batsheva.co.il.