New and renewed on the small screen

A Yankee Pope, a ‘Roots’ remake, and a formidable cast on ‘The Night Of.’ 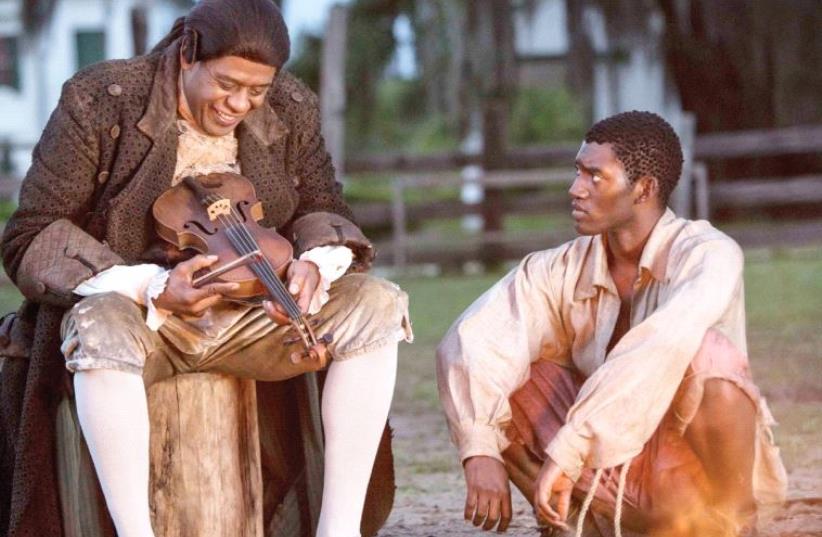 'Roots'
(photo credit: PR)
Advertisement
If you’ve ever wondered what would happen if there were an American pope, you’ll be happy to hear that this is the subject of a star-studded upcoming television series, The American Pope, which will air on HOT in November.Jude Law stars in the title role, with Diane Keaton cast as a character named Sister Mary. It was co-created and directed by Paolo Sorrentino, who made the Oscar-winning film The Great Beauty.Will it be more like Nanni Moretti’s offbeat movie Habemus Papam (We Have a Pope), about a newly elected pope who freaks out, runs away and does community theater in a quiet Roman neighborhood, or the part in The Thorn Birds where Father Ralph goes to the Vatican? We’ll have to wait and see.Everything has gotten more realistic-looking and violent in the remake of the 1977 slavery miniseries Roots, but the slaves still speak fluent English, even back in Africa before they are captured.The show is running on Sunday nights at 10 p.m. on YES Drama and for free on YES Binge.The original series was a huge hit and, unlike previous slave dramas, had cachet because Alex Haley, the author of the novel on which it was based, said it told his own family’s history. He won a Pulitzer Prize for the book, but eventually there was controversy over accusations of plagiarism and suggestions that he had faked or exaggerated his research.Other than upping the intensity of the violence, I don’t see a compelling reason for this remake, although it is very well done.British actor Malachi Kirby gives a compelling performance as the new Kunta Kinte, the role that made LeVar Burton famous.Burton has a small part in the first episode.Other well-known actors in the series include Forest Whitaker as a musician, Laurence Fishburne as Alex Haley, and Jonathan Rhys Meyers as a sadistic slave owner.The new Roots is part of a trend of reevaluating and retelling slave narratives in both movies and television. Notable examples of this are the 2014 Best Picture Oscar winner 12 Years a Slave; last year’s miniseries The Book of Negroes; and the upcoming Birth of a Nation, the story of the Nat Turner slave rebellion, which many are saying will be an Oscar frontrunner.The HBO police procedural The Night Of has been getting more twisty and suspenseful with each episode, as new information gives us reason to reevaluate the characters. The performances, particularly John Turturro as the defense lawyer and Riz Ahmed as the murder suspect, are brilliant.It runs on Monday nights on YES Oh at 11 p.m. and on YES VOD.Each episode introduces new characters, and some of the most interesting performers from television and movies appear in it.Two alums from The Wire – one of the greatest television shows of all time – Michael Kenneth Williams and J. D. Williams play a drug kingpin and a witness, respectively.The series also features three actors from one of the silliest series of all time, Royal Pains, the eighth and final season of which has just started running (and re-running) on YES Drama. Ben Shenkman, who plays Dr. Jeremiah Sacani on Royal Pains, is a police sergeant, while Paulo Costanzo (who plays Evan, Hank’s brother on Royal Pains) is the victim’s accountant.Poorna Jagannathan, who appeared in two episodes of Royal Pains, is extremely sympathetic as the mother of the accused murderer.Jeannie Berlin (the daughter of director/comedian Elaine May), whose most famous film role was as the bride Charles Grodin jilts for Cybill Shepherd in the 1972 movie The Heartbreak Kid, plays a tough but compassionate prosecutor.Amara Karan, who was the alluring girl selling lime juice in Wes Anderson’s The Darjeeling Limited, plays a defense lawyer working with Turturro.There is even a local actor on the show, Mohammad Bakri, who starred in the Oscar-nominated Israeli drama Beyond the Walls. He plays one of the drivers who co-own the cab with the murder suspect’s father.If you haven’t been watching The Night Of, you should go to YES VOD and start at the beginning.The series runs eight episodes and the final episode has already aired in the US, so you’ll want to avoid spoilers.