The French comedy festival's at a theater near you. 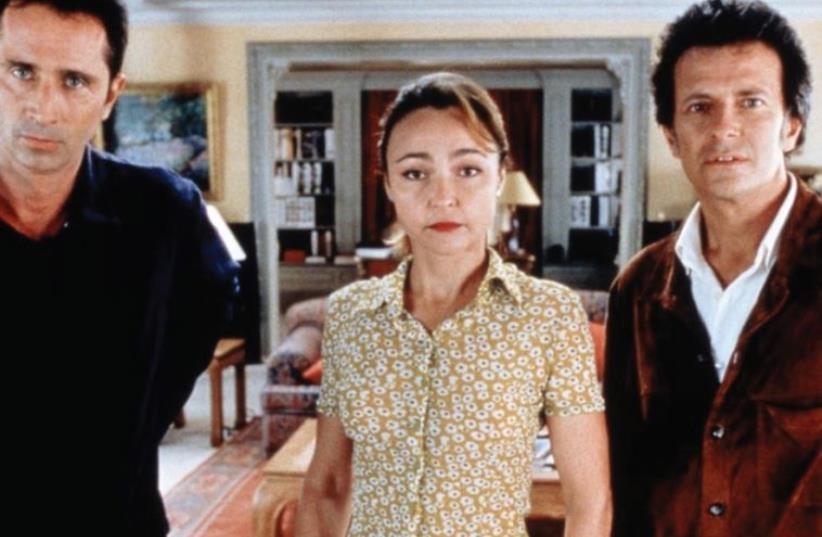 Diner De Cons (The Dinner Game)
(photo credit: PR)
Advertisement
French cinema has a rich tradition of comedy, and that heritage will be celebrated in Oh La La!, a festival of French comedy films. The festival will run at the Jerusalem, Haifa, Tel Aviv, Herzliya, Holon and Sderot cinematheques, and at Zohar Hall in Kiryat Tivon, starting on July 28 and running through August 15.Sponsored by the Institut Francais, the festival features 18 contemporary comedies and some older classics. French comedy has always mixed sophisticated humor with slapstick, but no matter how low-brow it goes, it’s always a bit more clever than the Hollywood version. French comedies have long been an inspiration for Hollywood, and a number of them have been remade in the US. Three Men and a Baby , The Birdcage and Dinner for Schmucks , among many others, were all remakes of French comedies.But while the American versions have bigger stars, the French originals have more charm, as this festival will demonstrate. A case in point is Le Diner de Cons (known in English as The Dinner Game ), the 1998 movie that inspired Dinner for Schmucks . Directed by Francis Veber, it stars Thierry Lhermitte, Jacques Villeret and Francis Huster in a film that is more satirical and less gross than its American version but still wickedly funny. Among the other classics in the festival is Gerard Oury’s 1973 film The Mad Adventures of ‘Rabbi’ Jacob , the movie that features the great Louis de Funes. He plays a bigoted businessman on the run from assassins and the police who manages to hide from his pursuers by impersonating a rabbi. Marcel Dalio (he starred in Jean Renoir’s The Grand Illusion and The Rules of the Game and Howard Hawks’s To Have and Have Not ) plays the real rabbi. The movie plays with stereotypes and has something to offend everyone but will also make almost anyone laugh.Another very different film is the 1987 Buffet Froid by Bertrand Blier. Gerard Depardieu stars in this black comedy about alienation and murder in the modern world. Claude Lelouch’s 1972 L’Aventure, C’est L’Aventure ( Money, Money, Money in English) is a caper movie about cons who kidnap a pop star (played by real-life pop star Johnny Halladay), and then a revolutionary. It also stars Jacques Brel, Charles Denner, Lino Ventura and Aldo Maccione. The well-known and prolific directing duo Olivier Nakache and Eric Toledano, who are best known for Les Intouchables and the recently released Samba , have two comedies in the festival. Tellement Proches (2009) is about a dysfunctional family whose daughter falls in love with Bruno (Omar Sy, the charismatic star of Samba and Les Intouchables , who also recently appeared in Jurassic World ) and worries about how he will react to her relatives. Nakache and Toledano’s first feature film, the 2005 Let’s Be Friends , is a bromance starring Gerard Depardieu and Jean-Paul Rouve. Nicholas on Holiday , a 2014 sequel to Little Nicholas and based on the popular book, features a new actor, Matheo Boisselier, in the title role. The movie was directed by Laurent Tirard, who also made the first film.Several of the movies in the festival have just been released this year. One of these is La Premiere Fois (aka I Kissed a Girl ), which is a play on coming-out- of-the-closet comedies. Jeremy (Pio Marmai) is one half of an upscale gay couple, and he plans to marry his boyfriend, Antoine (Lannick Gautry). But then he finds himself attracted to a young Swedish woman and wonders whether he is really gay after all. Actor Clovis Cornillac makes his directing debut with Blind Date , in which he also stars. He plays a control freak puzzle designer whose neighbor is a shy pianist. Their apartments are separated by a paper-thin wall, and they get to know each other without laying eyes on each other. Nos Femmes is an adaptation of a popular stage play about three friends whose relationship is put to the test when one of them admits he has just strangled his wife. The movie, which was directed by and stars Richard Berry, also features Daniel Auteuil. Check with the websites of the individual cinematheques to get the full program and to order tickets.