Performing out of the box

This year’s Israel Festival steps out further than ever. 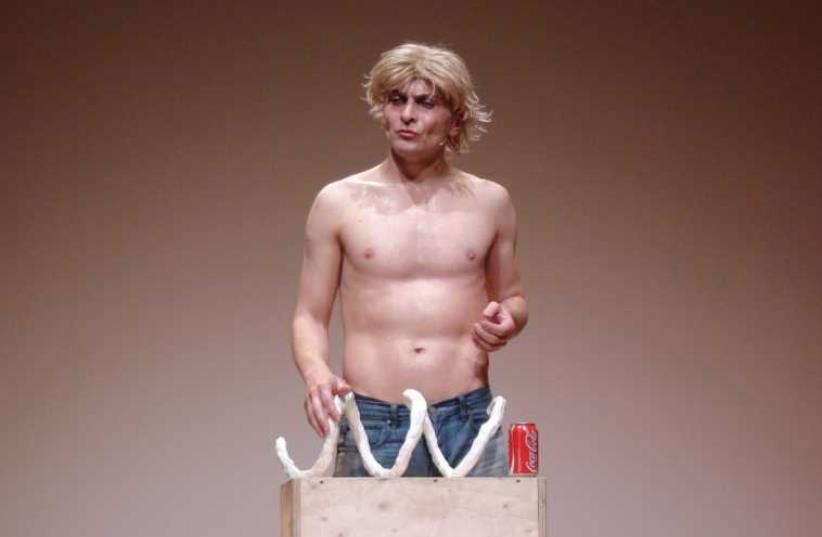 Ivo Dimchev
(photo credit: PR)
Advertisement
The performance world is like a shark: The moment it stops moving, it dies. As a presenter, programmer or curator of performing arts platforms, one must constantly strive to identify the newest, most cutting-edge and highest impact representatives of the community of creators.Such was Itzik Giuli’s challenge upon taking up the reins as artistic director of the Israel Festival.Perhaps the most important event of its kind on the local calendar, the Israel Festival is a multidisciplinary, wide-ranging happening that allows audiences to acquaint themselves with the best and brightest in the performing art world. As always, this year’s program features locals and foreigners; however, the roster is slightly more outrageous than previous years.Giuli was particularly bold in his curation of the dance program.Picking up on popular European festival curation, he has extended a hand to three solo dance artists: Benoit Lachambre, Xavier Le Roy and Ivo Dimchev. These men represent the trendiest and most celebrated in the avant-garde dance circuit.Lachambre hails from French Canada and is one of the fiercest and most sought-after artists on the continent. His unforgettable physique and otherworldly stage presence have beguiled audiences around the world for more than two decades. Lachambre’s body of work includes solos, collaborations and group pieces, set on his company Par B.L.eux and others.In the artist’s words, Snakeskins is a “fake solo.” Lachambre is joined on stage by dancer Daniele Albanese and multi-musician Hahn Rowe. The work is inspired by the molting process of a snake, the shedding of skin and the serpentine movement of the spine.Frenchman Xavier Le Roy began his adult life as a biologist. Upon completing his studies in Montpelier, he made a drastic shift into the dance world. Over the years, he gradually brought these two passions together, applying his scientific knowledge to his artistic process. Le Roy is an avid collaborator in many fields, having worked with artists such as Yvonne Rainer, Marten Spangberg, Tino Sehgal and Alain Buffard. The solo that he will perform during the Israel festival is entitled Self Unfinished. The work was created in 1998 and quickly became Le Roy’s signature creation.Ivo Dimchev is one of the more provocative performance artists around today. Originally from Bulgaria, Dimchev exploded onto the international dance scene several years ago with his shocking blend of honesty, sarcasm and unbridled charisma.His works often include singing, nudity, visual art and audience participation. During his time in Jerusalem, Dimchev will present two works: the quartet X-On and the solo I-On. Both works feature sculptures by the late Franz West, with whom Dimchev collaborated on numerous projects. In both works Dimchev observes, admires and criticizes museum culture.Also featured in this year’s program is the Trisha Brown Dance Company with two evenings: Repertory and In Plain Site. The former is a collage of four works by Brown from three decades of her repertory. The program consists of You Can See Us (1995), which was originally performed by Brown and fellow choreographer Bill T. Jones; Son of Gone Fishin’ (1981); Rogues (2011); and Brown’s signature work Set and Reset (1983).As a pioneer of dance in the 1960s and ‘70s, Brown was constantly breaching the border between stage and life. Her interest in public spaces brought her to create a number of site-specific works, which were seen around New York City. The performance of In Plain Site will take place in the halls of the Israel Museum and will offer a taste of Brown’s outside-the-box esthetic.The Jerusalem-based Vertigo Dance Company will give the final dance performance at the Israel Festival. Parades and Changes is a newly revived creation of veteran American choreographer Anna Halprin. The original Parades and Changes was first seen in Sweden in 1965. Last year, the 94-year-old San Francisco-based artist traveled to Israel to work with the Vertigo Dance Company. The troupe will present its version of Parades and Changes at the Israel Museum.

The Israel Festival will take place from May 28 through June 24. For more information, visit www.israelfestival.org.
Advertisement
Subscribe for our daily newsletter