Jerusalem-based comedian David Kilimnick is ready to represent Israel in the Funniest Person in the World Contest. 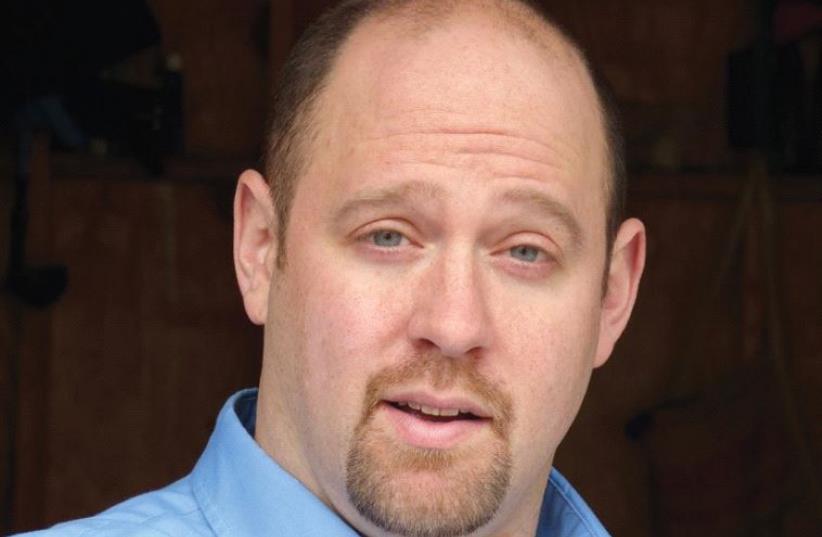 ‘ONCE YOU’RE able to have a sense of humor about something, you’re letting the other person know that you don’t take yourself that seriously, which opens up the space. An aspect of what gets a laugh in comedy is just truth,’ says local funnyman David Kilimnick.
(photo credit: NICHELE KILIMNICK)
Advertisement
David Kilimnick is a Jerusalem treasure.As the owner of Off the Wall Comedy Basement, he single-handedly brought the comedy club and all the knee-slapping that comes with it to Jerusalem. Kilimnick is also sharply funny in his own right, and has been steadily honing his stand-up skills over the years.He is currently representing Israel in the Laugh Factory’s Funniest Person in the World contest.The live semi-finals will be held on December 4 in Finland and the finalists will be announced December 6. Kilimnick sat down with The Jerusalem Post to discuss being a stand-up rabbi, bringing comedy to Jerusalem and bridging the most difficult topics with a punch line.

How did you get into comedy in the first place?
I first tried stand-up comedy about 15 years ago in Israel. I always had feelings about how things could be better in the world and to me it was naturally funny. I got up on the stage and it was one of the easiest times, to be honest. I started talking about the Israel stuff and some American stuff.It was the stuff that’s turned into hack material now. I was one of the pioneers of hack material.It was like an open mic show. So that was the first time. From then on, I felt that I could express what was wrong with the world and people would listen. Nobody ever listened to me before. Then I went back to America to work as a rabbi. It was at a university, so it was like a second-tier rabbi position. They trust more people with college students; they don’t really think that college kids are listening as much as regular people.

So you have ‘smicha’ [ordinance]?
Yeah, I got it from Rabbi Brovender and Rabbi Riskin at Yeshivat Hamivtar. I worked for a year as a university rabbi, and decided to move back to Israel. I ended up studying comedy before moving back. Once I came back to Israel, I knew that I wanted to open up a comedy club, which happened nine years ago with Off the Wall Comedy Basement in Jerusalem. I’ve been running comedy events here for almost 13 years now. My business partner, Jeremy, ended up going into politics. After lying to me all the time, he decided to go lie to everybody else (laughs)! No, he’s a good guy. I’ve been working in stand-up and get little gigs, but since opening up the club, I think people view me as the good-humor man. People see me as more of a club owner than a comedian.I want to keep the club going, but I also want to move myself forward as a comedian. They’re both important in different ways.Off the Wall Comedy Basement is really the only game in town in Jerusalem, right?
Yeah, we’re the first comedy club in Jerusalem.There have been shows before us and weekly runs, but we’re the first club ever. That’s a nice thing and hopefully it added to the city. I’m sure the club has had something to do with religious people feeling more comfortable getting involved in stand-up. People feel like they can do comedy and be shomer shabbat. Hopefully we’ve added to that.Also, bringing this artistic form of expression to Jerusalem is important.Can you talk about the Funniest Person in the World contest?
I don’t consider myself funnier than anybody else, so I don’t get the contest in that regard, but it is a good way to get my name out there. You always grow and I’ve grown a lot as a comedian over the years. It’s a nice way to connect with people, so I’m very grateful to the Laugh Factory for having the contest. There were 86 contestants in Round One and now we’re down to 20 in the semifinals. If I’m one of the top five in this round, then I’m in the finals representing Israel. That’s another thing, I have to represent Israeli comedy here. Jerusalem comedy is really heartfelt, with little more than ‘we’re going to make you laugh,’ but we’re dealing with real issues. I always hope that you’re going to walk out of my shows thinking a little differently and coming over to the correct point of view.What’s the correct point of view?
Mine. For me, it’s religious conviction with a certain amount of not judging the other and not being condescending.

Have you experienced any negative responses from being in this contest representing Israel?
No, it’s amazing. Israelis love it and all the feedback has been really good. There was a negative response to a video I put up on a website, asking how I could make fun of mitzvot. I responded by saying that nobody was making fun of mitzvot and that these are people who really love and connect with it. It’s the same concept behind all the comedy that I do. If you love something and really care about it, then it’s not negative to share some of the colorful aspects of it. When I first started doing stand-up monologues, people would ask me how I could make fun of Israel. I would respond that I’m living life in Israel and I’m not going to deny that certain things could change, even though I love it. I enjoy the fact that there are issues here. It’s not perfect and there is also the tikkun olam aspect of things.Comedy has this way of being able to present issues which you wouldn’t necessarily be able to present in a non-comedic way.It opens up the space for people to receive.

Why do you think that is?
Yeah, you said it brilliantly. Jamie Masada, the founder of the Laugh Factory, said that the contest is bringing peace through laughter. Once you’re able to have a sense of humor about something, you’re letting the other person know that you don’t take yourself that seriously, which opens up the space. An aspect of what gets a laugh in comedy is just truth. A joke is an unexpected ending and a lot of times comedians live in the world of the joke. People are usually not honest; everybody is hiding something. If you want to bring it back to Torah, kabbalistically there is the idea of the klipa (outer shell). People don’t open up easily; it’s hard to crack the shell. There is a force field around people to hide who they really are. If I’m self-deprecating, even if I say, “I’m never using that joke again,” it gets a laugh because people are usually not honest about the fact that they failed.That surprises people. A comedian is out there, willing to be honest, and not taking themselves so seriously. It allows the listener to let down the layer of defense that they have.To learn more about Kilimnick, visit www.davidkilimnick.com. To vote for Kilminick in the FPIW contest: www.laughfactory.com/fpiw.