Spanish to a tee 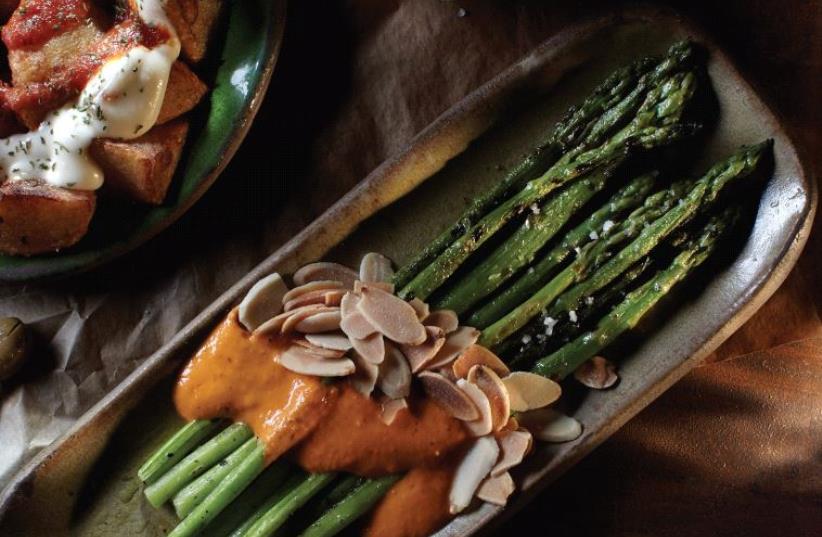 Tapeo
(photo credit: PR)
Advertisement
Bursting with life, Tel Aviv’s veteran tapas bar Tapeo typifies Spanish dining culture. The design, the food and the music create an ambience that instantly transports one to Europe.The service was first class, as we were immediately greeted by our bartender, who talked us through the new cocktail list and menu.The menu is divided into five types of tapas: vegetarian, ceviche, paella, seafood and meat. The prices are reasonable but the portions are small, so you may run up a bigger bill than you expect (about three or four plates per person if you’re hungry).While waiting for our dinner, we were presented with two delicious cocktails. I tried the ginger beerbased Russky Mule (NIS 52), while my dining partner had the vodkabased Crystal (NIS 44). We were very happy campers.Our starters began with the fried cauliflower in anchovy sauce (NIS 30). I don’t always love cauliflower, but this was crisp, flavorful and cooked just right. Definitely a must have! This was followed by the croaker ceviche (NIS 44) served with green peppers, avocado, roasted almonds in a chili vinaigrette. I’m a sucker for a good ceviche, and this place delivers that. It was an incredible fusion of sweet, spicy and citric. The fish in the ceviche was very fresh, and the sauce was potent and flavorful without overpowering the fish.Next up was the roasted beet carpaccio (NIS 28), which was a gorgeous deep red color, looking almost like a beef carpaccio. It came topped with salsa verde but wasn’t overdressed and was scattered with a mild goat cheese and pine nuts. I always appreciate when chefs don’t try to overdo certain dishes that allow the produce to shine.We were then served the grilled octopus with mini crispy potatoes (NIS 40). The dish had a light and zesty taste, with a very nice grill charring to give the octopus a flavor not usually found in seafood.In between, we were treated to a small pitcher of the house sangria. I prefer my sangria to have a subtle taste of fruity sweetness with a bolder wine taste. Tapeo balanced the flavors perfectly, with crunchy apple bits in it.After a bit of a breather, we were presented with the Solomillo (NIS 46) – aged sirloin steak cut into cubes drizzled with green garlic sauce and demi glaze. The sauce complemented the sirloin very well. Not too overwhelming, not too salty or too sweet. It didn’t detract from the flavor of the steak like you might expect. Next up was the Cordero (NIS 34) – lamb kebab with pine nuts, mint and chipotle tehini. This was absolutely delicious. The kebabs were perfectly seasoned and tenderized, which gave them great flavor, and the tehini was delicious.Last was the mini hamburger (NIS 32) with garlic aioli, chimichurri and topped with a crisp onion ring. I‘m all for savoring and taking small bites of my food, but I gobbled that up in two bites! It was so good. The patty was cooked to a perfect medium, and the bun was nicely toasted.We ordered hot drinks and took another breather. Then came dessert. We opted for the heavenly decadent chocolate mousse cake and the churros, which is a traditional Spanish dessert. Both were relatively small but rich enough that a few bites sufficed to satisfy our sweet tooth.I wish there were more places like Tapeo. They are not trying to be anything but themselves – tasty tapas without jacked-up prices, and that’s all.