Directors Slavek Horak and actress Lucie Zácková speak about their very different films, the state of Czech cinema and their approach to their careers. 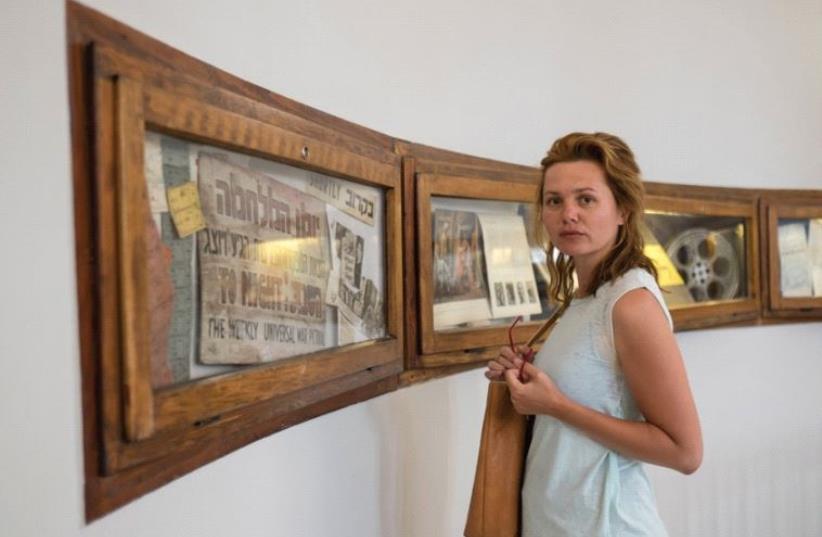 Lucie Zackova
(photo credit: PR)
Advertisement
Czech Film Week in Israel runs until the end of the month at cinematheques around the country. Two guests of the festival, Home Care director Slavek Horak and actress Lucie Zácková of The Snake Brothers, reflect the vibrancy of the current Czech film industry.Sitting down with me for an interview at the Jerusalem Cinematheque, the two spoke about their very different films, the state of Czech cinema and their approach to their careers.Home Care, Horak’s debut feature, is one of the highlights of this year’s festival. The film has won a host of international awards, among them the Directors to Watch Award at the Palm Springs International Film Festival and the Best Actress Prize at the Karlovy Vary Film Festival for its star, Alena Mihulová. It tells the story of a nurse who works with homebound patients in a rural Czech town. It’s not an easy life, as the buses are unreliable and gas costs more than she earns, but she is fiercely devoted to her patients and her family. When she is diagnosed with terminal cancer, she finds herself questioning everything she believes.“The heroine is based on my mother,” Horak said. “My mother is healthy, very vital. I put the cancer into the story to put the largest amount of stress on the character, to reveal her true nature and give the movie a dramatic spine. I wasn’t interested in doing a procedural on an illness. I wanted to show her inner growth and her journey of self-discovery.”Growing up in a small town like the one portrayed in the movie, the son of a nurse and a workman, Horak said, “I wasn’t interested in cinema until I was 18. As a teen, I wanted to be Andre Agassi.” When he realized that “I was never going to make it as a professional tennis player and I had no talent for playing a musical instrument, I started thinking about making movies.”The Czech Republic has always taken pride in the world-class cinema it developed in the 1960s, the so-called Czech New Wave.“I was so much in love with cinema of the ‘60s,” he said, particularly the work of Milos Forman, citing Forman’s 1967 classic, The Fireman’s Ball, as an inspiration.But the more commercial side of filmmaking beckoned, “And for 20 years, I was traveling around the world, having fun and making money.”While that doesn’t sound bad, he still dreamed of making a serious, personal film.“I was pushing 40, and I decided to give it a shot. I felt like it’s now or never,” he said. But when he tried to come up with a film idea, “I had no brilliant idea of what to do.”They say home is where the heart is, and in Horak’s case, home was where the inspiration was as well.“I thought about my mother, and I realized that her story was very much worth telling. I talked to her and started putting little stories together,” he recounted.Many details of the film, such as the clothes the heroine wears and her husband’s workshop, were taken directly from Horak’s parents’ lives.The movie, which is anchored by a spectacularly understated performance by the lead actress, Alena Mihulová, is also a comeback story of sorts.“She had her first big break at 17,” he said.Mihulova then married the director of several movies in which she starred as a young actress, Karel Kachyna, but stopped working much. Now, with the release of Home Care and the many awards she has won, her career is back in full swing, and she is appearing in the new Jamie Dornan movie, Anthropoid.Lucie Zácková has also won great acclaim for her role in Jan Prusinovský’s The Snake Brothers, one of the other internationally lauded movies in this year’s Czech Film program, including a Czech Lion Award for Best Supporting Actress.In the story of a troubled family struggling with alcoholism and petty crime, Zácková steals scenes with her role as the volatile wife of one of the leading men.Zácková said of her often abrasive character, “At first I refused the part. I could see people looking down on her with disgust, and I just didn’t want to do it.”But the director persisted, eventually winning her over with “One simple sentence: ‘Just come and let’s shoot it.’” Once she started shooting, “I actually started enjoying it... being cheeky and provocative. For acting, you need a feeling of safety and to feel accepted, and he [the director] gave it to me.”Zácková, who divides her time among movies, television and theater (she has performed with the National Theater for a decade), seemed to identify with her Snake Brothers character when she said, “I am my own worst enemy. I can be a little problematic...I was an unstable child...and a teacher of mine told my mother I should be checked by a psychiatrist or go to acting school.”Asked whether she is glad her parents chose acting school, she laughed and said, “Yes, but sometimes I still feel like a child hiding under the table.”

Czech Film Week is running until the end of the month at the cinematheques in Tel Aviv, Jerusalem, Haifa, Herzliya and Holon.