The beat goes on for Noam David 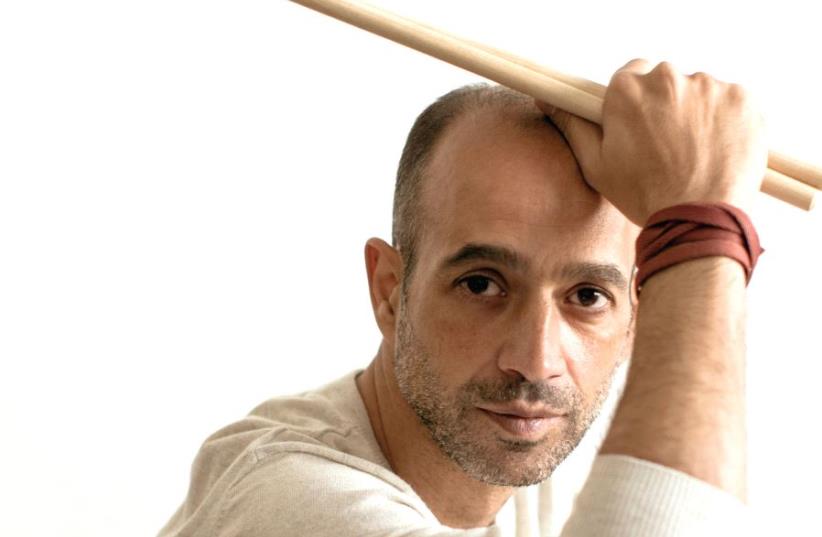 ‘I feel I can fly with this music. You know, improvising with music, and with life, are really just the same,’ says jazz drummer Noam David
(photo credit: DAN BALILTY)
Advertisement
Noam David is an artist. Considering he has been pounding the skins in all sorts of jazz combos for over 20 years, that should be a given. But the drummer, who recently finally released his debut album Alef Melody, which he will officially launch at a Zappa Tel Aviv gig this evening (10 p.m.), says he has always been more interested in the quality and intent of his output than in paying the bills.He demonstrates that altruistic ethos by citing the last track off Alef Melody, “Ya’ala,” which has accrued an impressive amount of airplay on that most commercial of radio stations, Galgalatz, over the past month or two.“I could have put my own words to the melody, and have an easier time with regard to stuff like copyright and money and that sort of thinking,” he says. In fact, David’s original score is played behind a text written by 16th century liturgical poet and kabbalist Rabbi Israel Najara.“But something in the lyrics touched my heart,” the 45-year-old drummer continues. “The melody that came out of me, and with those lyrics, I just couldn’t put my own words to the music. I felt there was something sacred about this song. I couldn’t just put any words to the melody, you know, about another man who was disappointed with his girlfriend, or separated from someone.”David feels that Najara’s words, written over half a millennium ago, offer added depth.“There a sense of longing, some link with the past. You know, it’s one of those ancient piyutim [liturgical songs]. I took two verses and they suited the music perfectly. So I ran with it.”And the proof is in the emotional pudding.“A couple who are getting married recently asked me to come to the wedding, to sing the song,” David continues. “That is very moving for me – far more important than trying to make millions.”That may be David’s stated intent, but the truth is there is much for the masses to wrap their ears around across the seven tracks on the CD. And David made sure he put together a top-notch band for the occasion. Internationally renowned bass player Avishai Cohen is on board for the majority of the project, as is celebrated cross-cultural pianist Omri Mor, with Avri Borochov, a seasoned professional himself, playing on a couple of the numbers. Alef Melody is a deft mix of straight-ahead jazz, with plenty of eastern seasoning and some eminently hummable melodies.If, on giving the album a whirl, you are tempted to get up and boogie, that would come as a surprise to David, who has a strong background in making corporeal waves.“I was a dancer for eight years. I grew up with the work of the late Bracha Dudai,” he notes, referencing the iconic Jerusalemite folk dance teacher.But it was drumming that first grabbed David’s infant interest, although dance was not far behind.“There was always music at home, on the radio, and I’d drum away on pots and pans on the floor,” David recalls with a chuckle. “And by the time I was six, I’d press my ear against the radio and I’d beat out the part of the drums with my fingers.”Mind you, there was some genetic underscoring for the early venture into musical climes.“My father was one of the first people to play at weddings in Jerusalem,” David notes. “He was a drummer, and he later played guitar and oud and sang.”By the time he was nine, David had joined his father’s nuptial-accompanying entertainment troupe, gaining valuable stage experience in the process. David Sr. made sure his young son’s extracurricular artistic exploits did not interfere with the regular educational scheme of things.“I’d play a whole evening with my dad and I’d go off to school bright and early the next morning,” the jazz drummer says.The youngster soon branched out to pop and rock, and displayed a propensity for imbibing an eclectic stretch of rhythms, which naturally led him in the direction of improvisational sounds.“My father saw I could play all kinds of styles so he sent me to study jazz with [US-born Israeli drummer] Jerry Garval.”That set the teenager firmly on the jazz path, and he subsequently enjoyed fruitful synergies with the likes of pianist Shai Bachar and Cohen, with Bachar pointing the way to venerated US-born Israeli reedman, composer and educator Stephen Horenstein.“I went to Stephen’s workshop, I think it was in 1997. He took me under his wing and he knew just how to channel my natural gifts. He taught me so much.”Over the years David has maintained a steady evolutionary trajectory, taking part in a wide range of musical projects, and exploring various avenues of musical expression, while feeding off his background in jazz, Latin music, Arabic sounds, electronica and pop and rock. There is also a strong spiritual backbone to David’s work.“I was religious for some time, and I am a believer,” he declares. “I have had all sorts of amazing musical experiences connected to letter and numerical values,” he continues, referencing the field of gematria. “I started working that into the rhythms I played. That enriched what I do. That’s for sure.”David has taken his fair share of knocks over the years but says it is all grist for his creative mill.“I feel I can fly with this music. You know, improvising with music, and with life, are really just the same.”Mor and Borochov will be on hand to support David’s flights of fancy at Zappa, with Cohen slated to put in a guest appearance.For tickets and more information: *9080 and www.zappa-club.co.il.