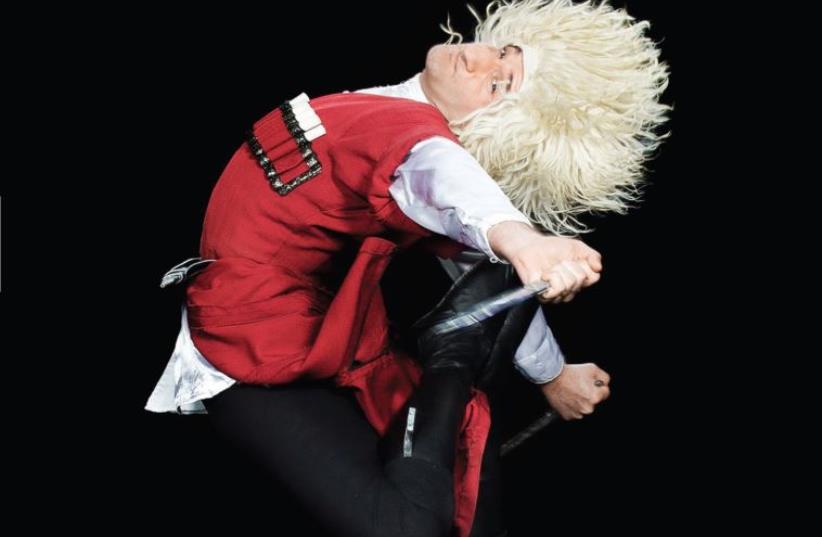 The Georgian National Ballet Sukhishvili
(photo credit: PR)
Advertisement
For families with businesses, the question of legacy is very relevant. Will the children continue what their parents and grandparents started or will they strike out on their own career path? Each family business has its own feel and demands, and each child has his or her own desires and aspirations. For Nino Sukhishvili, growing up under the umbrella of the family business was quite glamorous. The granddaughter and namesake of the founders of The Georgian National Ballet, partners Iliko Sukhishvili and Nino Ramishvili, she spent her childhood flouncing around dance studios, admiring ornate headdresses and observing performances from the best seat in the house – backstage. It was a natural decision for her, then, to pick up where her ancestors had left off, at the helm of Georgia’s most successful dance troupe. The Georgian National Ballet Sukhishvili will arrive in Israel next month for a six-show tour to Tel Aviv, Beersheba, Ashdod, Jerusalem and Haifa. The performance boasts 60 sword-wielding dancers dressed in traditional Georgian garb. Founded in 1945, the company was the first group of its kind in Georgia. In light of the GNB’s success, many other dance companies were established, fostering fertile ground for dance in the country.“The attitude to the company is what makes it so special,” says Sukhishvili. “It is not a regular job for us, it’s our life, our air. We put our heart and soul in it. I firmly believe that whenever you do something like this, you will definitely succeed.”dining radio television events movies highlights For the past 70 years, the GNB has toured extensively throughout the world, performing on the most prestigious stages. While the audience is drawn in by the traditional element of the shows, Sukhishvili is constantly updating and rejuvenating the company’s material. “The ensemble is not a dance museum. It’s a living body, which keeps changing, developing and improving. The dances reflect life in general. As life and its rhythms became faster, the dances also became more complicated technically. It takes more physical preparations for the dancers to perform. As we perform with a live orchestra, the music also became richer in sound, with more instruments and more musicians,” she says. The high energy and complex nature of the choreography make performing the GNB’s repertoire especially challenging. In addition to the physical challenge, company members must be prepared to spend a good portion of the year on the road. “There are a few things that are essential for those who dedicate themselves to dance and to our troupe – teamwork, compassion and humanity in general. You might wonder why this is so important. Considering the fact that we tour a lot throughout the year, we spend weeks and months together in a very tough and sometimes exhausting schedule, we really live as one big family. Of course, talent is a must, but it’s impossible to be part of this without the above-mentioned abilities,” she explains. Nino and chief choreographer and artistic director Iliko Suhkishvili Jr. put together the performance that the GNB will present in Israel as a montage. The program consists of highlights from the company’s repertoire, both old and new. “There have been about 100 dances staged during the existence of our ensemble, and it was very difficult for us to choose which dance to put in this program,” Sukhishvili says. “Finally, we decided to put together the dances that had become the watermarks of our company. Part of the program consists of the traditional, classical dances, and another part is the dances that were staged by Iliko Jr. in the last 10 years and became very popular in a short period of time. The show is, in my opinion, breathtaking and invigorating.”The Georgian National Ballet Sukhishvili will perform on November 20 & 24 at the Culture Palace (Heichal Tarbut) in Tel Aviv. November 21 at the Ashdod Performing Arts Center. November 22 at the Beersheba Performing Arts Center. November 23 at the Jerusalem Theater. And November 25 at the Theater of the North (Teatron Hazafon). For tickets, visit www.eventim.co.il.