The marvels of marble

Since time immemorial, marble has been a stone that evokes luxury and a high quality of life.

By JASON BLACKSHAW
(photo credit: SHUTTERSTOCK)
Advertisement
Since time immemorial, marble has been a stone that evokes luxury and a high quality of life. It is cool to the touch and has been used in construction and artwork, mainly sculpture.

A myriad of uses

Marble is a rock, but few rocks have as many uses as marble. It is used for its esthetic quality in architecture and sculpture. It has many unique properties that make it a valuable rock in many different industries. It is used for its chemical properties in pharmaceuticals and agriculture, and it is used in cosmetics, paint and paper. It is so widely implemented because it is an abundant, low-cost commodity in crushed stone prepared for construction projects.

Marble’s properties have been appreciated since ancient times, especially its building qualities, evidenced by the many Greek and Roman marble buildings that are still standing, as well as buildings and monuments of a later age. Examples of these are many. The Acropolis in Athens and the remains of the Temple of Apollo in Delphi are stellar examples of ancient Greek architecture. The buildings and monuments of the Roman era include the Marcus Septimius Severus Arch and the Parthenon in Rome and the Maison Carrée, a Roman temple in the French city of Nimes. 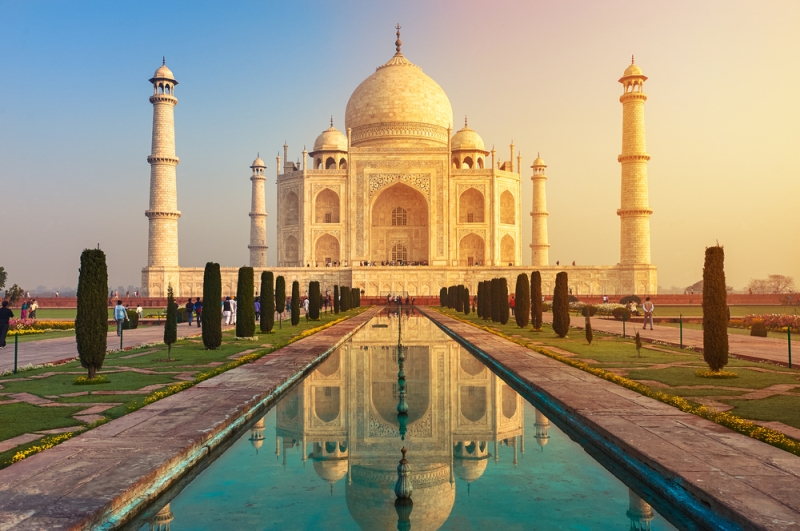 (photo credit: SHUTTERSTOCK) Construction in marble continued through the ages. One of the world’s most famous buildings is the Taj Mahal in Agra, India, built entirely of white marble in the 17th century. Marble was used in constructing the Washington Memorial monument built in the mid-19th century, as well as the Lincoln Memorial and the Supreme Court Building, both built in the first half of the 20th century, all three located in Washington DC.

Nowadays, marble is still used extensively in construction; however, buildings made entirely of marble blocks as they were in ancient times are practically nonexistent. When one describes a modern building as made of marble, what is meant is that the concrete or brick wall interior or exterior is clad in marble slabs. For example, most of the government buildings in Brazil’s ultramodern capital Brasilia are clad in marble.

The marble market in Israel 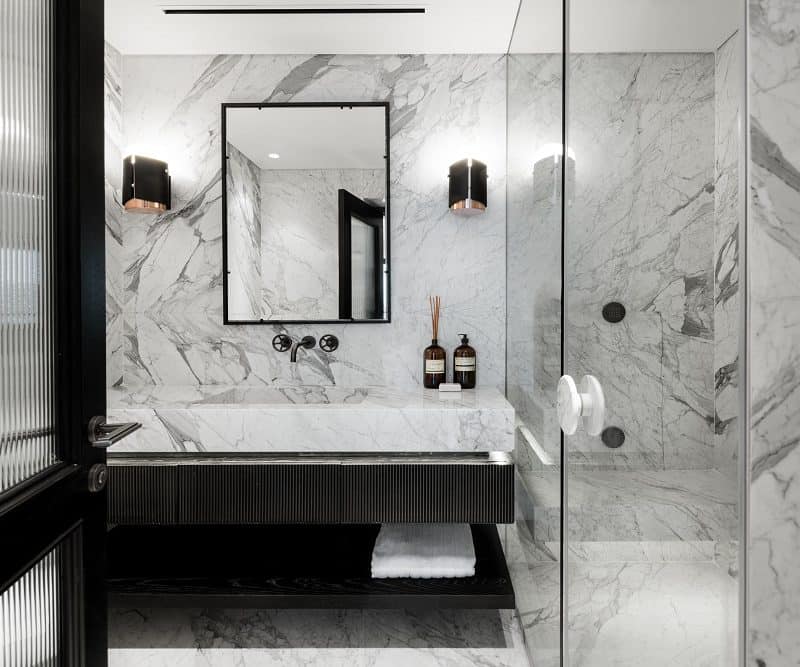 Israel, which is very much influenced by the fashion trends of the Western world, there are many public buildings that are clad in marble or other natural stone. This is especially true in Jerusalem, where most buildings are clad in forms of limestone collectively called Jerusalem stone. With the rise in the standard of living, the private sector is making use of marble cladding in single-family homes and condominiums. Consequently, the number of Israeli companies that cater to the needs of the marble market is increasing.

One of these companies is Dan Marble. It is a quality supplier of stones, especially marble, granite and quartz. Established in 1985, it has maintained its reputation as a supplier of quality stone slabs for cladding exterior and interior walls, stairs, flooring and kitchen countertops.

With regard to the popularity of marble in building projects, Yakir Krigel, VP of Dan Marble, says, “Marble as a building material has been around for thousands of years, and for good reason. It is a beautiful natural stone, and it comes in a wide range of colors. Marble slabs, as well as granite and quartz slabs, can be used for multiple building purposes. They add luster and quality to a building’s exterior and interior. The slabs we market are made of natural stones, which means that no two slabs are the same. But the combination of the use of different slabs in, say, cladding exterior or interior walls is a thing of beauty in itself.” 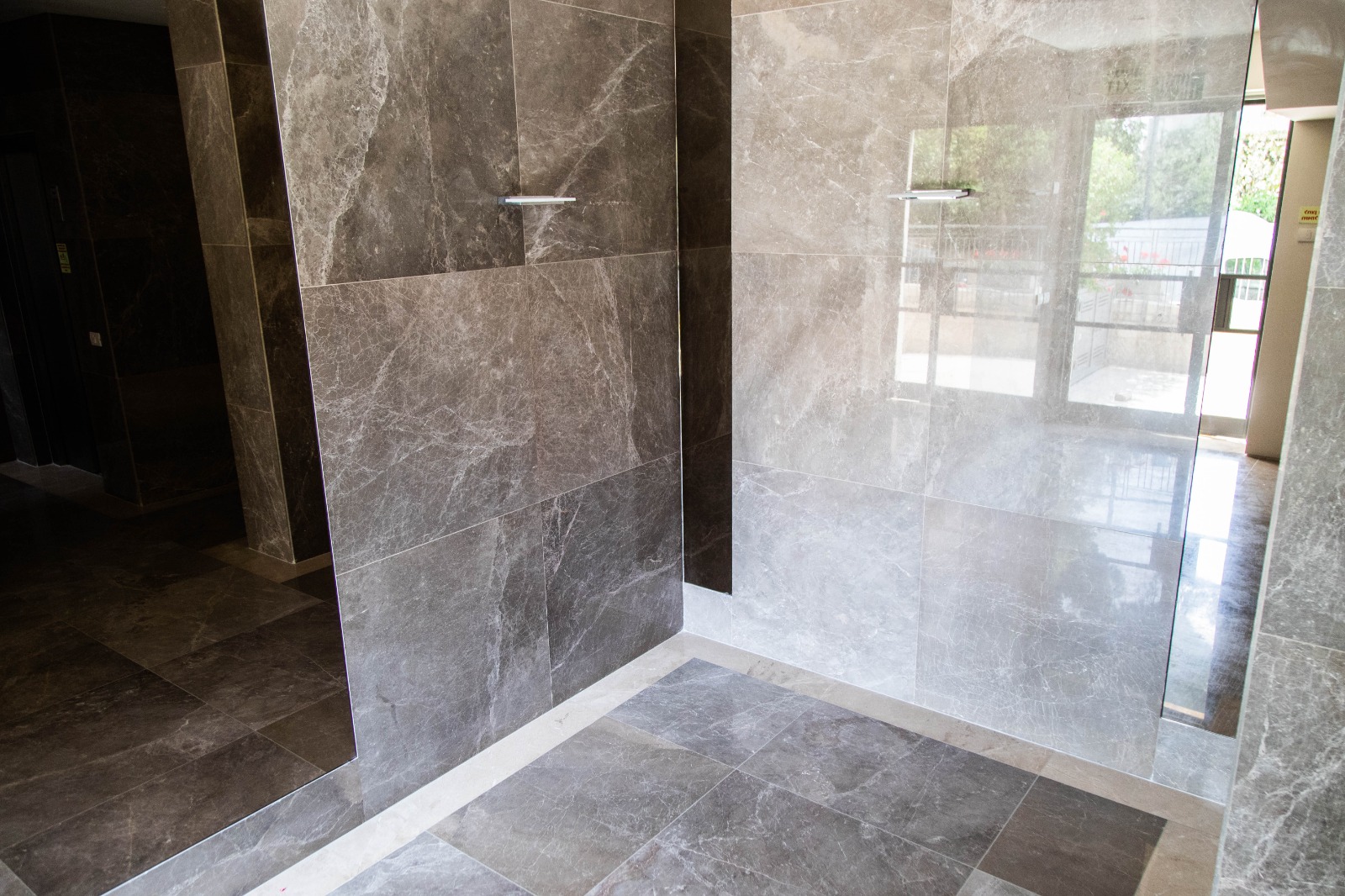 While the use of marble beautifies a building and gives it a more distinguished look, marble is not necessarily more expensive than other building materials, as the cost of different types of marble varies. Yule marble from Colorado can be very expensive, while Carrara marble from Italy is much less so.

Marble is popularly used in public spaces, lobbies and stairwells. In Israel, nearly 90% of all staircases are made of marble or other natural stones. The use of marble slabs for covering walls is increasing.

And an increasing number of people incorporate marble in the interior design of their new houses or apartments. This holds true for new immigrants who are building their new homes in Israel and were accustomed to using marble or granite in their countries of origin. Krieger suggests that these people choose the kind of marble they would like to use by first looking at large slabs.

He says, “At Dan Marble, we have showrooms in the Tel Aviv area in Segula Petah Tikva, as well as the Jerusalem area in Moshav Ora near the Hadassah Hospital. In these showrooms we have a very wide variety of large marble or granite slabs of all colors. The best way to appreciate the stone most suitable for one’s needs or taste is to see it in its natural setting, so to speak, with its colors and veins. After making a choice, have it cut by a stone mason into the covering panels for stairs or flooring.”