The Matriarchs speak – or sing

David Sebba’s opera "Mothers" is based on biblical stories. 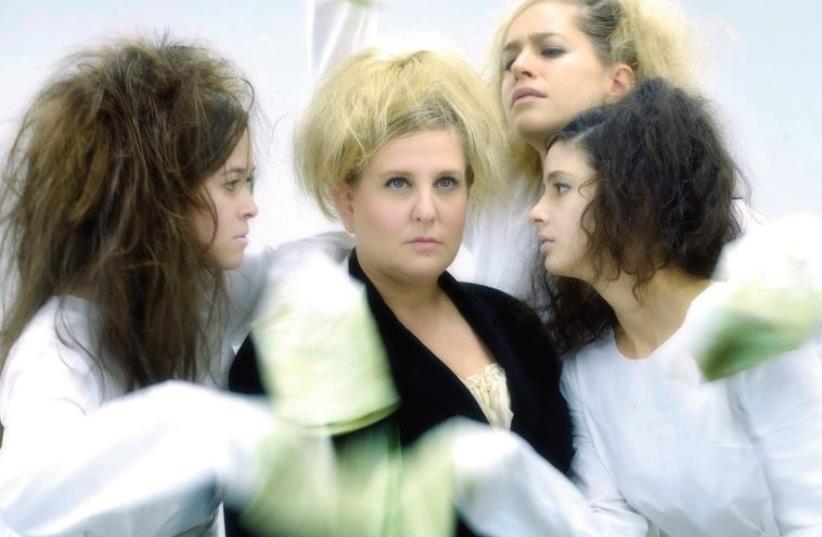 ‘MOTHERS’
(photo credit: YOSSI ZWECKER)
Advertisement
David Sebba is a multifaceted and multi-talented artist – an opera singer, pianist, conductor, composer and translator. His latest creation is Mothers, an opera based on biblical themes.“I’m aware that people expect another clownery from me, but this time I am very serious,” says Sebba, who is well known for his hilarious operatic parodies.“For quite a long time I had thought about writing an opera about discrimination and preferences based on biblical stories,” he says. “There are many such stories: God preferred Abel’s sacrifice over Cain’s; Abraham preferred Sarah to Hagar and her son Ishmael, and so forth. In this opera, I opted for female characters because theirs were the less considered opinions, and they were valued mainly for how many children they could bear. I also gave up the stories themselves and concentrated on situations, monologues and dialogues in which the emotional charge reaches a peak.”The hour-long opera features four female characters and a male dancer (Eran Abukasis), who is silent, as a compensation for the reality of the Bible, where men speak and women are mute. The soloists are Yael Levita as God, and Daniela Skorka, Anat Charny and Shai Bloch, who sing several roles.Biblical stories started to attract Sebba, who is not a religious person, when he was helping his children with their homework.“When they went to bed, I just kept reading and then continued to read commentaries and other books,” he says. “After all, this is our Books of Books. Although I wrote the text, I didn’t change anything. I just treat them as human characters. I ask the women a question that nobody asks them in the Bible: ‘How do you feel?’” Sebba says he finds it difficult to define the musical style of his piece.“True, I am sort of a romantic, and the music is neither aleatory [indeterminate] nor serial; the music is quite often polytonal but also atonal. But then again, many fragments are harmonic. It is not by chance that composers never like this question,” he laughs.Sebba adds, “For us, working with director Shirit Lee Weiss is a true blessing. She is not only a director but also a professional musician, a singer.”“It’s not that simple to talk about the directorial concept here,” says Lee Weiss, “because the piece is not a narrative. That is why we call it ‘operatic pictures.’ The piece is based on well-known stories, and it is the sense of discrimination and inequality that unites them.”She elaborates, “We all grew up on these stories and probably know them so well that we relate to them and quote them almost automatically without really thinking that they are full of cruelty and violence, which brings more cruelty violence in return. My approach was to relate not to the narrative but to the emotions. I place the characters in a depressing claustrophobic space, which at the same time allows the actors a lot of possibilities of stage movement.There are also physical symbols of basic concepts such as water, the womb and madness.”Due to the small size of the Fringe stage, the performance will be accompanied only by a piano, played by David Sebba.

The performances take place at the Mandel Cultural Center in Jaffa within the framework of the Opera Fringe Project on December 29 at 9 p.m.; January 1 at 1 p.m.; and January 2 at 9 p.m.
Advertisement
Subscribe for our daily newsletter