The point should be honed

The bleak symbolism in "Why Hast Thou Forsaken Me?" will leave you cold. 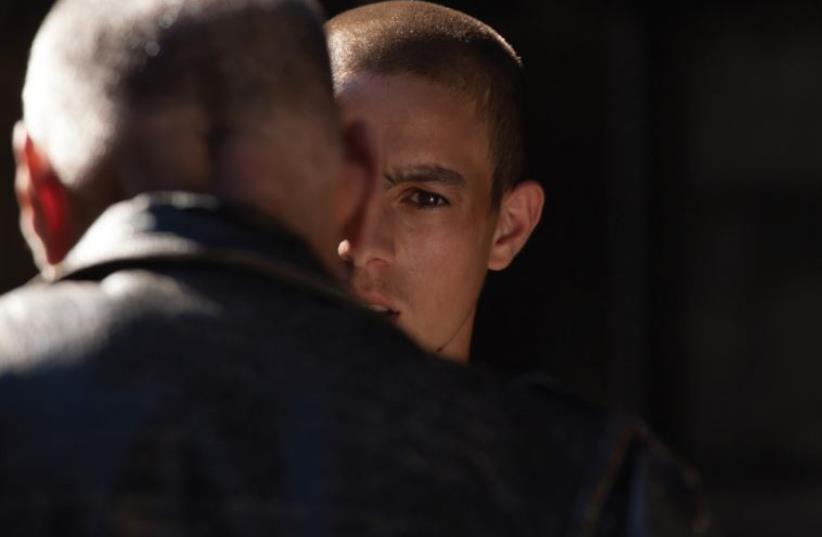 ‘Why Hast Thou Forsaken Me?’ movie
(photo credit: PR)
Advertisement
Over the years, I’ve attended many student film screenings, and I am often struck by the contrast between the film students, surrounded by their proud, doting, generally welleducated and prosperous families, and the films these students make.Student films often feature homeless people threatening each other with broken bottles and other tough subjects. If there were as much child molestation in real life as there is in student films, God help us.While I’m not suggesting that violence, homelessness or pedophilia should be off limits for young filmmakers, I find movies that are utterly divorced from their creators’ actual lives and experiences often feel false, and worse, are quite dull. It is as if the students feel they must make a movie about an important subject, and no one can argue that homelessness and child molestation are not serious problems. But the filmmakers aren’t able to get inside their characters’ heads, and the movies don’t say much.These thoughts were brought to mind by Hadar Morag’s film Why Hast Thou Forsaken Me? the documentary-style story of an isolated Palestinian young man in Tel Aviv that ends in stomachchurning violence and manages to mix in a bit of pedophilia as well.Acted by non-professionals who are convincing, the movie is told in the minimalist style of the Dardenne brothers, but the Dardennes’ characters have hearts and minds, as well as problems with which we can identify.Muhammad (Muhammad Daas), a Palestinian teenager who works all kinds of jobs to support his family, seems more like a symbol than a person. We learn that his late father was accused of collaboration with Israel, and he is taunted and shunned by the other boys in his community. He bikes all over the city, trying to eke out a living, and there are lots of shots of him riding through decaying Tel Aviv cityscapes, in the washed-out color that has become so fashionable among young directors. When he meets Gurevich (Yuval Gurevich), a knife sharpener who also rides through the city at night, he is drawn to the older man and wants to learn the trade.To paraphrase Chekhov, any movie that shows a knife in the first act has to have someone get cut or stabbed in the third. When that moment came, it was gorier and more disturbing than I had anticipated, although the scene is not unprecedented in movie history. Had I read the signs better, and there are a lot of them, I would have known exactly what was coming.But the main point is, from the moment Muhammad spied Gurevich’s knife-sharpener, I knew something was coming because a movie this bleak has to end with a shock or it would be difficult for audiences to rouse themselves from their seats at the end.Writer/director Morag creates a clear sense of Muhammad’s alienation, and the desolation of Tel Aviv-Jaffa’s industrial areas after sunset has a dystopian eeriness. But the nearly wordless movie demands a great deal of patience as it inches along, which is not in itself a bad thing. In exchange for the audience’s patience, though, there needs to be a glimmer of something that will tell us why we were asked to sit through this film.The characters don’t have to be conventionally likable, and there doesn’t have to be a neat resolution. But we need to understand something we didn’t know before. That doesn’t happen here.Morag may have researched the movie extensively, and her hero may have been based on a real person, but it still seemed very much like an outsider’s take on a disaffected Palestinian. Its heavyhanded symbolism will annoy anyone outside of film festival juries – the movie premiered at the Venice International Film Festival and won the Anat Pirchi Award for Best Debut Film at the Haifa International Film Festival. I’m sure it will go on to win many prizes at more film festivals. But you’ve been warned.