Dalia Shimko has done a good job of realizing this unprepossessing tale. 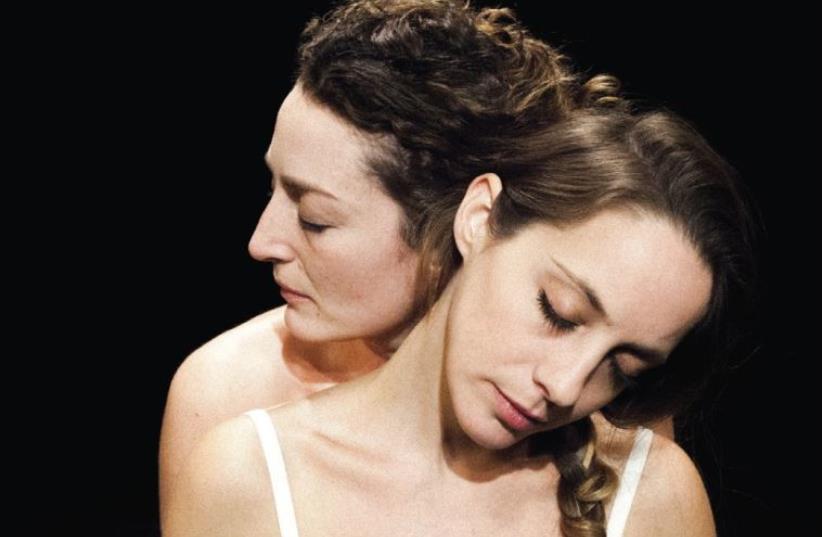 'Clouds'
(photo credit: YOAV BAREL)
Advertisement
The real problem with Clouds is its three unempathetic characters, who are immature, egotistical whiners. The fourth is Aunt Ruth (Rachel Dobson), who’s dying by inches and wants to put an end to herself. There are, however, five actors, two of whom are the same character.They are Young Tamara (Gil Yifrach) and Middle-Aged Tamara (Maya Gassner).Tamara, and the choices she did or did not make, are basically what Clouds is about.Tamara, a moderately successful artist with a loving family, experiences middle-age melt-down. She feels hollow inside. Taking a trip to her native Haifa, she meets up with Aunt Ruth, her former drawing teacher/lover Joel (Sharon Alexander) and the bittersweet memories of her former self in an attempt to get some answers.Dalia Shimko has done a good job of realizing this unprepossessing tale. The simple set by Didi Ofek Tzarfati of furniture groupings includes a tree whose top allows for the video clips/slides that punctuate the action.Most convincing is Shira Idan as the anarchic, messy, bitter Naomi, young Tamara’s best friend and confidant, now a physiotherapist. Benignly watched by middle-aged Tamara, Gil Yifrach makes a leggy, pouty, spoiled, self-confident young Tamara, while Maya Gassner imbues her Tamara with self-pity, regrets and, in the end, a kind of resolve.Sharon Alexander does the pathetic Joel beautifully while Rachel Dobson imparts what variety she can to her one-dimensional role.The soul-searching that this play is ostensibly about doesn’t happen. Author Yusipov- Levin and dramaturge Shimko seem to have shrunk back from the hard stuff.Instead, Clouds putters about on the fringes, so what’s the point, really?