Through the Google glass

In the Paz brothers’ new film ‘JeruZalem,’ zombies visit some old haunts in the Old City 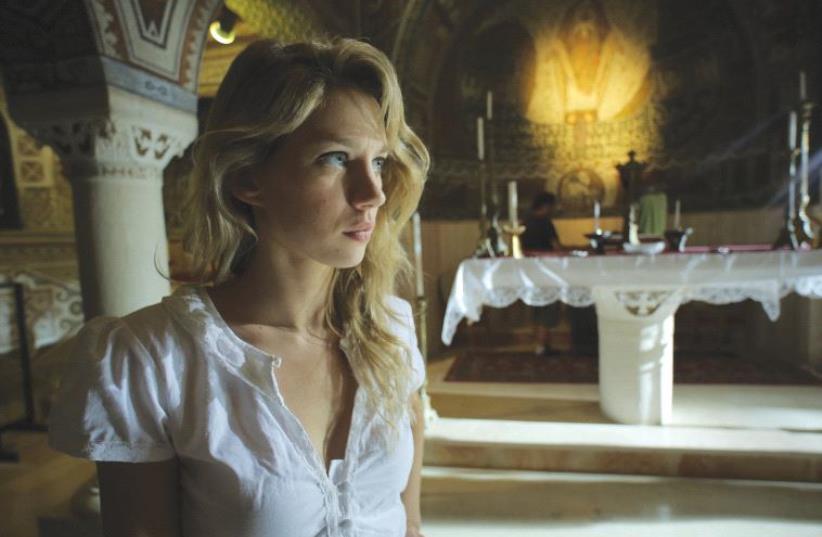 YAEL GROBGLAS stars in the Israeli horror film ‘JeruZalem.’
(photo credit: ROTEM YARON)
Advertisement
Letting zombies loose in the Old City was a no-brainer for Doron and Yoav Paz, the brother directing duo who made the film JeruZalem, which is playing all over Israel. It’s also available on a number of streaming platforms in the US, among them iTunes, Time Warner cable and Netflix.The movie was the surprise winner of the Audience Award at the 2015 Jerusalem Film Festival (as well as the editing award) and reached the number two spot on the iTunes horror movie list.“It’s amazing because we started so small.We really had a micro budget,” said Yoav.They are pleased that the movie is being seen around the world, everywhere from China to India. The movie has even been shown in Iran, they said, with a Farsi translation.But perhaps that shouldn’t come as a surprise: Zombies are an international obsession.Anyone making a zombie movie these days faces tough competition, from the television shows The Walking Dead and Fear the Walking Dead, as well as dozens of movies. But the Paz brothers found a way to put a twist on this undead invasion.“We wanted to take something traditional and put it with something new,” said Doron.While zombies may be an ancient scourge, the “something new” in Jeru- Zalem is that much of the movie was shot from the heroine’s point of view through Google glass.“This makes the movie unique,” he said.“We imagined that an American tourist comes to Jerusalem with the Google glass, and her point of view adds a lot – there are two layers to the images. There are the ancient historical sites you are seeing, but you see them through the new technology....There’s this mash-up of social media, with Facebook and Instagram,” which the character sees in her glasses.In the movie’s best joke, a zombie who has not deteriorated too much approaches, and the Google glass links to the Facebook profile he had before his recent death.The challenge of bringing this new technology to life on screen was just one of the issues that came up during filming.“Ninety-nine percent of the movie was shot on the real locations, the Church of the Holy Sepulchre, the Via Dolorosa,” said Yoav.They knew it was unlikely they would get permission to shoot a zombie flick in these holy sites, so they did a kind of “guerrilla filmmaking.“We said we were shooting a documentary.We were allowed to shoot all over the Old City,” including along the walls and in the Zedekia Cave that runs under the Muslim Quarter.They made the movie in 2014, before the current round of violence.“We felt safe filming, even around the Damascus Gate. In 2014, things were so different,” said Doron. “We shot quite sensitive scenes with actors dressed as soldiers.”They can rightly claim that they were the first to bring zombies to the holy city, since the big Jerusalem sequence in the Brad Pitt movie World War Z was filmed in Malta (with a bit of CGI for the Western Wall).Another point in the movie’s favor is that it stars Yael Grobglas, the Israeli actress who is starring as the devious Petra on the successful television series Jane the Virgin.“It’s a great show. We’re happy for her, and it gives the movie a big boost,” said Doron.Their first movie, Phobidilia (2009), a serious art film about a young man who vows never to leave his apartment, was shown at the Berlin Film Festival and received critical acclaim. But they decided to move into a more popular genre with JeruZalem and are happy to be part of the new wave of genre films in Israel, following in the footsteps of Navot Papushado and Aharon Keshales, whose thrillers Rabies (which also starred Grobglas) and Big Bad Wolves have been international hits.There are a lot of brother directing duos working in the movies, most famously the Coen brothers, but also the Dardenne brothers (Two Days, One Night), the Wachowski brothers (The Matrix series) and many others.The Paz brothers say they are a “two-headed monster.” Yoav said, “It’s such a long process to make a movie, it’s so much better when you have a creative mind that’s similar to you on the set.”Said Doron, “There are hundreds of people working on one movie, there are so many battles and small wars, it’s good to have one person who understands you.”The fact that they know each other so well also means they feel free to disagree.“When we are fighting, we have to defend our ideas to each other, and good things come out of it.”It’s no surprise that the two got into movies, since their father is Jonathan Paz, an Israeli director/producer who has made many movies, such as The Galilee Eskimos (2006). Their grandfather, too, worked in the entertainment industry, “So we’re third generation,” says Yoav.“We got a video camera from our dad, and we made horror films,” said Yoav. “That’s what you do when you’re 14.”They have come a long way since then.One sign of the success of the movie is that there will be a sequel, which will have a virtual reality element.The industrious brothers are also working on two Israeli television series, as well as the script for a sci-fi movie.For now, they are planning to stick with genre movies, given how popular JeruZalem has been around the world.Said Doron, “It’s a movie for the audience.”