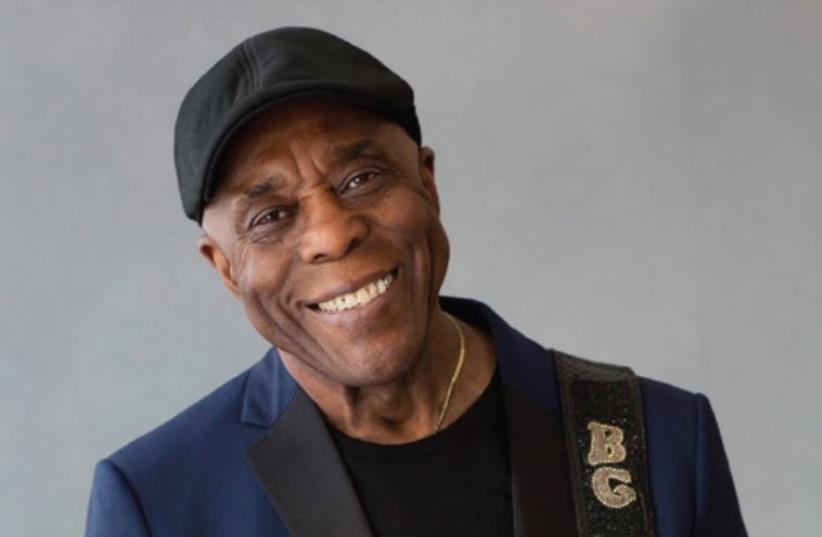 Buddy Guy
(photo credit: JOSH CHEUSE)
Advertisement
1. UNDER THE SEA In the animated film Finding Dory, a wide-eyed blue tang fish suffers from memory loss every 10 seconds.
The one thing she can remember is that she became separated from her parents at an early age. With the help of her friends Nemo and Marlin, Dory embarks on an epic adventure to find them. With the voices of Ellen DeGeneres, Albert Brooks, Ed O’Neill.

On the occasion of the 100th anniversary of Dadaism, the Tel Aviv Museum of Art presents an exhibition of works by artists influenced by the pan-European Dada movement in the early 20th century, alongside manuscripts and contemporary sound performances associated with medieval mystic Abraham Abulafia (1240- c.1292), who developed a Kabbala of Names.

3. BORN WITH THE BLUES

Renowned blues guitarist Buddy Guy will bring a little bit of Chicago to Israel when he performs on July 13 at the Caesarea Amphitheater. The 79-yearold master guitar player from Louisiana has continued to hit high notes throughout his career, with three Grammy-winning albums in the 1990s and more recent projects with John Mayer and Carlos Santana.

4. THE ART OF MUSIC The Modern Art Orchestra, based in Budapest, is one of Europe’s most renowned big bands. The orchestra has garnered praise across many genres but has been most noted for its fusion of big band orchestration with contemporary jazz and contemporary classical music.

5. WEEDING THEM OUT The Tel Aviv Cinematheque and the Canna NGO present a weekend of films and discussions focusing on the responsible use of cannabis and decriminalization. Some of the films being screened include the stoner comedies Pineapple Express (pictured) and The Big Lebowski, as well as the documentary on the life of Bob Marley. There will also be a panel discussion on the life and work of Dr. Raphael Mechoulam and his research on THC.July 1 and 2, Tel Aviv Cinematheque. Info: www.cinema.

Rehovot is hosting the seventh annual Live Statue Festival. The three-day event features more than 150 local and international artists posing as still or moving statues, creating a colorful carnival of living tableaux. The festival includes artists from Spain, Chile, Argentina and Portugal. Free entrance.July 5 to 7 from 6 p.m. to 10:30 p.m., Ya’akov Street, Rehovot. 7. HOOKED ON OPERAThe 30th annual International Opera Workshop is being held in Tel Aviv from July 4 to 29 at the Israeli Conservatory of Music. Dozens of singers from around the world will participate in open-to-the-public master classes and competitions, with the highlight being the staging of three full operas. The gala concert will take place at the Opera House.For tickets, call *9066. For a full program, go to www.ivai.org.il.8. DRAWN BY PICASSO The Israel Museum presents a major exhibition of Pablo Picasso’s works on paper. “Pablo Picasso: Drawing Inspiration” brings together nearly 300 works from the museum’s collection of more than 800 drawings and prints by the artist. The exhibition illustrates turning points in Picasso’s career, punctuated with major paintings on loan from the Musée Picasso, Paris; The Museum of Modern Art, New York; and the Museo Reina Sofia, Madrid.July 5 through November 19. Info: www.imj.org.il .

9. THE ROCK WIZARDS OF OZ Acclaimed Australian pop-rock band Tame Impala will perform on July 11 at LivePark in Rishon Lezion. Formed in 2007, the Perth-based quintet has evolved over the course of three albums into a more electronic, dance style, with r&b tinges amid their alternative rock. Their 2012 album Lonerism was nominated for a Grammy, and guitarist/vocalist Kevin Parker became an in-demand collaborator.Tickets: www.eventim.co.il.

10. JEWISH SOUL MUSIC Israeli singer Bat Ella Birnbaum performs a concert of Jewish songs of prayer and liturgy at Jerusalem’s Yellow Submarine. Her performances have been described as “Israeli soul music with Jewish flavor.” She will perform songs from her album L’Chi Lacha, which is devoted to American singer-songwriter Debbie Friedman.Today (Friday) at 2 p.m. Tickets: yellowsubmarine.org.il.
Advertisement
Subscribe for our daily newsletter