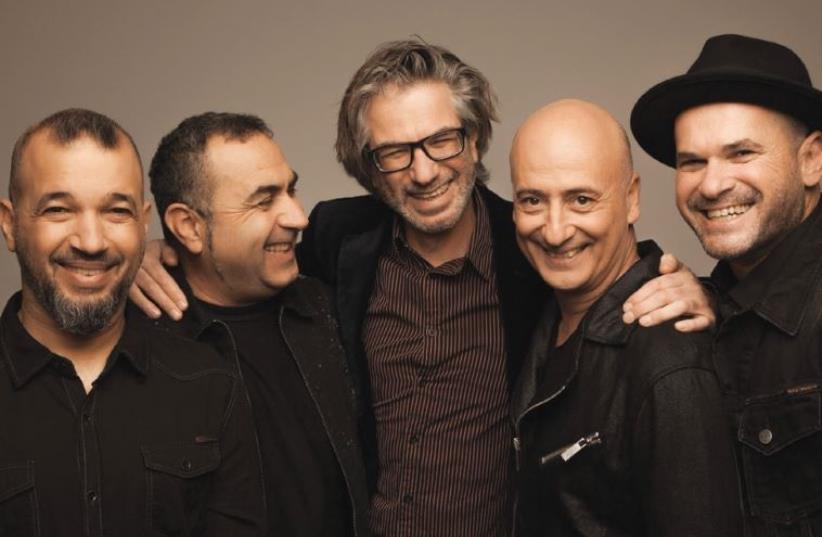 Mashina
(photo credit: TINO VACCA)
Advertisement
1. ALL ABOARDFilm director Danny Boyle has brought his long-awaited sequel Trainspotting 2 to the big screen. After 20 years, Mark Renton returns home to Edinburgh and reunites with his old pals Spud, Sick Boy and the psychopathic Begbie.But there’s plenty of unfinished business to be dealt with.With Ewan McGregor, Ewen Bremner, Jonny Lee Miller, Robert Carlyle.2. BLESSING IN DISGUISEIn the critically acclaimed German comedy-drama film Toni Erdmann, a practical-joking father tries to reconnect with his hard-working daughter by creating an outrageous alter ego and posing as her CEO’s life coach. The film is favored to win Best Foreign Language Film at the upcoming Academy Awards. With Peter Simonischek, Sandra Huller.3. THE SOUNDS OF JEWISH MUSIC Beit Hatfutsot/Museum of the Jewish People in Tel Aviv presents a three-day Jewish Music Festival. The event features concerts, workshops and presentations by top artists and academics, such as Madrid-based music ensemble Le Tendre Amour (pictured), who will perform the recently discovered oratorio Esther, written by 18th-century Austrian composer C.J. Lidarti.Tuesday through March 3. For more information: 4. FROM BRAZIL WITH LOVE Founded in 2008, the Sao Paulo Dance Company is one of the most prominent dance ensembles in Latin America.Consisting of 25 dancers, the company performs in a sleek, sensual and highly technical manner, with a strong base in ballet. Their program in Israel includes Clebio Oliveira’s Ceu Cinzento; Cassi Abranches’s Gen; and Jiri Kylian’s Indigo Rose and Petite Mort.Wednesday through March 4, Herzliya Performing Arts Center. For tickets: www.hoh-herzliya.co.il 5. BIG WHEELS The Gran Fondo (Italian for “the big race”) is a challenging cycling event that takes place at the Dead Sea.The 155-km. circuit includes 1,873 meters of vertical climbing and passes through the scenic Dead Sea Valley.The timed portion of the race begins at the Ein Bokek Dead Sea Hotel Resort, continues through the Arava Junction and the grueling Scorpions Pass climb, finishing after 125 km. at the Haturim Junction.Thursday through March 4. For more info and registration: www.granfondo-deadsea.co.il 6. TAKING IT TO THE STREETSThe annual Live Street Festival in Eilat features 70 street performers from Israel and abroad at 20 locations along the boardwalk. The festival includes many street art performances such as circus shows, juggling, flea circus, street theater, live sculptures, acrobats, parades, live music and street parties. Also on offer are artistic activities for children and special sales at the promenade shops.March 3 and 4, from 11 a.m. to 3 p.m. on the North Promenade (from Beit Hagesher to Herods Hotel). For more info: www.redseaeilat.com 7. MASHINA MADNESS Two decades ago, the international rock world may have had U2, Queen and R.E.M., but we had our own Mashina.Together with singer/songwriter Ehud Banai, Mashina guitarist Shlomi Bracha co-wrote the song “Rakevet Laila Lekahir” (Night Train to Cairo). This helped Mashina break out of obscurity and on to the charts. Now catch Israel’s alltime top rock band as it rocks Tel Aviv, with special guest musician Yehuda Poliker.

8. MUSIC FROM THE MOVIESBass player and composer Kyle Eastwood has written music for some of the films his father Clint has directed, such as Mystic River, Million Dollar Baby, The Changeling and Gran Torino. Eastwood’s music combines the jazz he grew up on with pop, rock and funk. Now for the first time in Israel, he leads his quintet in an evening of fusion from the movies at Tel Aviv’s Opera House.Tonight, 10 p.m. For tickets: www.israel-opera.co.il 9. FROM REAL TO SURREALIn celebration of Dada’s 100th anniversary in 2016 and the centennial of Marcel Duchamp’s Fountain in 2017, the new exhibition at the Israel Museum “No Place Like Home” examines how artists have incorporated commonplace household items into their work, removing them from the context of the home in ways that subvert the mundane experiences of daily life. Featuring works by artists such as Marcel Duchamp, Man Ray, Claes Oldenburg, Andy Warhol, Martha Rosler, Louise Bourgeois, Mona Hatoum and Ilit Azoulay.Opens tomorrow (Saturday) at the Israel Museum, Jerusalem. www.imj.org.il 10. PLUCKING THE HEARTSTRINGSJerusalem’s Confederation House presents For You Alone, a new instrumental work by Yaron Peer, played on rare ancient instruments. The melodies were composed for the Afghan rebab, one of the most ancient musical instruments in the world, accompanied by the Cretan lyra and the Persian santur. The work presents a love song beyond words, voices between desire and loss, pain and hope, parting and encounter.Thursday, 8:30 p.m. Tickets: *6226, 02-6237000