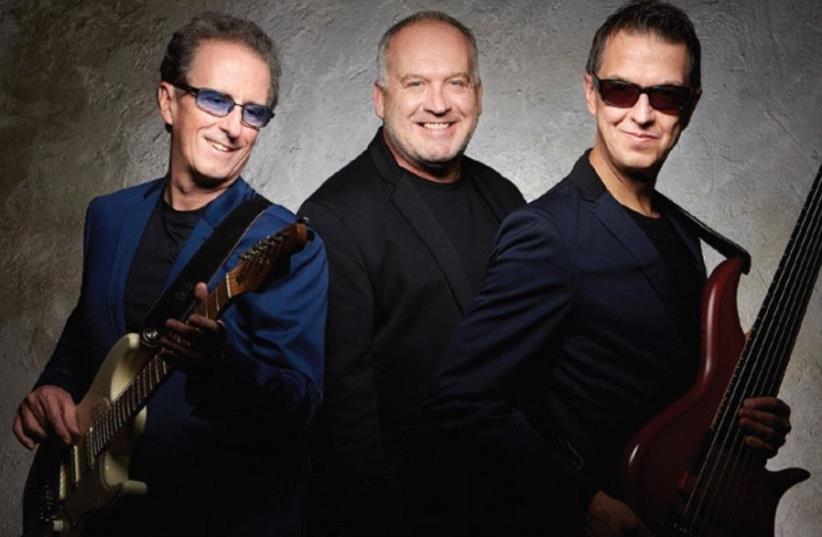 Canadian jazz fusion band UZEB
(photo credit: PR)
Advertisement
The fusion subgenre of jazz sprang into life almost half a century ago. Miles Davis was one of the prime movers and shakers at its inception, producing several scintillating albums that fed off all sorts of sonic and stylistic areas that had previously been deemed beyond the jazz pale. Davis’s Bitches’ Brew double album, which came out in 1969, is considered a masterpiece to this day and incorporates all sorts of “non-jazzy” endeavor.But it worked both ways. While fusion is basically considered to involve the amalgamation of rock sensibilities with jazz, there were quite a few rock acts that were drawn to jazzy endeavor, with not a little blues thrown in for good measure. Consider the likes of American jazz-rock band Blood Sweat & Tears, The Grateful Dead and Cream, while Jimi Hendrix also began to veer towards the jazz side of the music tracks.The members of Canadian fusion band UZEB certainly fed off those sentiments and have spent many a year honing that synergy into a polished end product. The trio started out in 1976 and maintained a busy touring and recording schedule for 16 pretty successful years. The band broke up in 1992; but 25 years on, the older and wiser Canadians reunited. On July 13 (8 p.m.), they will be in these parts to remind their Wohl Amphitheater audience in Tel Aviv just what it was that had jazz fans around the globe snapping up their records and lining up for tickets to their gigs.All told, UZEB put out a dozen albums in the space of 15 years, racking up cumulative sales of around $500,000 – not bad at all for a jazz-based outfit.Unlike a lot of other bands, the threesome – of bass guitarist Alain Caron, guitarist Michel Cusson and drummer Paul Brochu – split up in amicable circumstances and, despite going their separate artistic ways, stayed in touch throughout their self-imposed UZEB exile.“We’d get together a few times a year and have a dinner together or something,” says Cusson, “also with our technicians.”Caron, Cusson and Brochu may have stopped doing their thing together on stage and in the recording studio, but they still enjoyed each other’s company.“We’d have a lot fun, and we started saying, ‘Yeah, it could be good to play together again’ and that sort of thing,” Cusson recounts.The 60-year-old guitarist also notes that he and his pals had clearly kept their chops just where they needed to be during their furlough.“Everybody is in good shape, physically and musically. Two or three years ago I asked the guys if they wanted to do it while we still can, and everybody said yes,” he says.UZEB was conceived in the mid-1970s when Cusson was a music student at college in his hometown of Drummondville, 95 kilometers east of Montreal.“Every week I got together a jam session in a small club. It was a blues club or something like that,” Cusson recalls. “We played jazz, and I invited some guys over from Montreal.”The latter move had something of an ulterior careerpromoting motive behind it.“My goal, obviously, was to finish college and move to Montreal. You know, you need to get into the industry,” he explains.One of the up-and-coming musicians from the big city who came over for the weekly Drummondville slot was Caron.“I remember Alain came in and we started jamming together and I thought, ‘My God, this guy plays like crazy.’” The kernel of UZEB had been well and truly formed, and a couple of more years down the line, Caron and Cusson met Brochu and the band became a pulsating exploratory entertaining entity.Cusson first began strumming guitar strings at the age of 11, getting into the music of the likes of British rock supergroup Cream, preeminent jazz keyboardist Chick Corea and groundbreaking fusion band Weather Report. The Beatles also came into the evolving Cusson musical mix, but from left field.“I grew up in a French-speaking part of Canada,” he explains. “As a kid I didn’t really understand The Beatles’ lyrics, so I listened to the music. And the vocals were like an instrument too, for me. I later got into Hendrix, and then into jazz. I was drawn to instrumental music, so jazz was natural for me.”The guitarist says he was captivated by the bifurcation of musical genres in the 1970s.“People went in all different kinds of directions.Everybody was experimenting, and they didn’t care if their song went on for 10 minutes. Today, it’s very rare that you hear a number of more than four minutes on the radio,” he says.The UZEB ethos was based on that unbridled approach.“We stretch the music. We take chances,” Cusson notes. “Our structures are open, and I think it’s fun to do that. I think people like it when we take chances and stretch the music. We push the limits.”Cusson is keeping his cards close to his chest about the band’s plans for the Tel Aviv gig.“I’m not going to say what we’re going to play. Of course, people will recognize some of the numbers, but we have some surprises in there. It’s up to date. I don’t feel there’s been a 25-year gap. I think we’re going to make the music even better than it was. That’s the goal,” says Cusson.

UZEB will perform on July 13 at 8 p.m. at the Wohl Amphitheater in Tel Aviv. For tickets: https://www.eventer.co.il/uzebreunion
Advertisement
Subscribe for our daily newsletter