An Israeli tour stumbled upon an exciting Lag Ba'omer celebration while traveling through Morocco.

By JPOST.COM STAFF
MAY 15, 2017 17:08
Anat Levi Cohen, discoveryt.co.il
Advertisement
A revelers in Morocco on Sunday took part in traditional Lag Ba'omer celebrations at the grave of the venerated kabbalist Rabbi Amram Ben Divan in the northern town of Ouazzane. Dozens of groups from all over the country, and people from all over the word hailed to the celebration of the Jewish holiday. Among those taking part in the traditional pilgrimage were members of a group trip for observant Jews from Israel's Discovery Tours led by guide Anat Levy Cohen. Anat Levi CohenPhoto by: Anat Levy Cohen 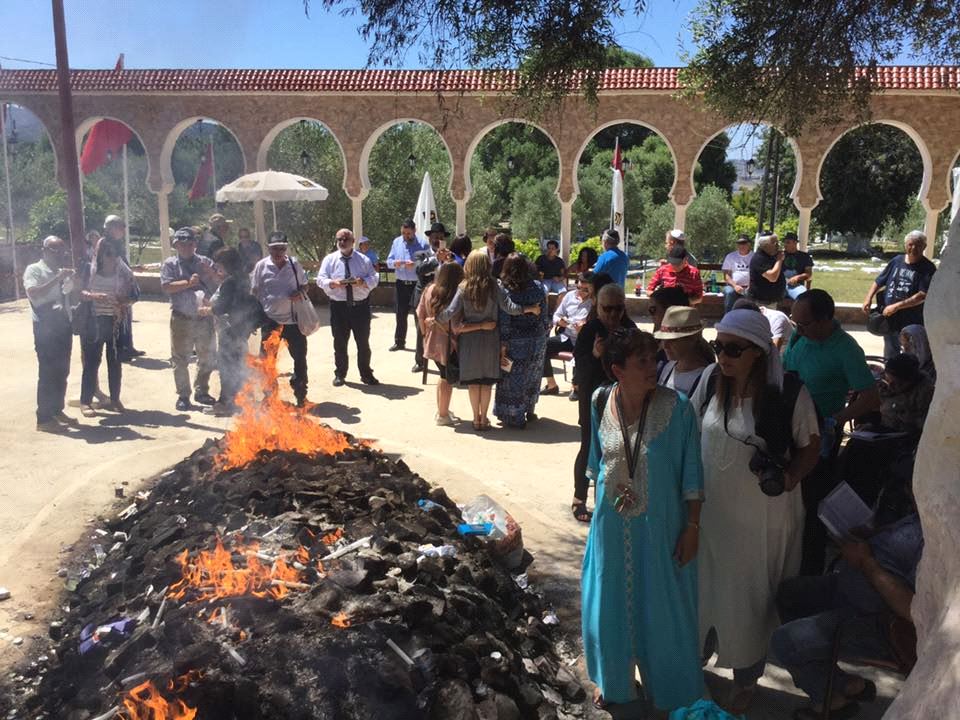 Anat Levi CohenPhoto by: Anat Levy CohenMoroccan television networks covered the event and representatives of the royal palace also came to greet the pilgrims.On the holiday of Lag Ba'omer, many Jews arrive to the revered burial site of Rabbi Amram Ben-Diwan every year, during which they recount legends of the many miracles that are said to have taken place there, such as: patients without hope who were healed, blind people who returned to Israel, holy men who performed miracles and others.Rabbi Amram Ben-Diwan was born in Jerusalem in the mid-18th century.  There he studied both the written Torah and mystical Judaism, and was among the students of the Kabbalistic Yeshiva.He then moved to Hebron and was elected by the region's rabbis as an emissary to Morocco to raise funds for yeshivas in the Holy Land. He settled in Ouazzane where he established a Talmud Torah, was known as a miracle worker and Jews would come to him from all of Morocco for blessing. The rabbi traveled several times to Morocco. His last trip was in 1782. He died of a grave illness at the age of 42 on Tu B'Av, and his grave in Ouazzane became a pilgrimage place among Moroccan Jews.