Watersliding into Shavuot in Tel Aviv

Other alternative celebrations include a nudist festival in the desert. 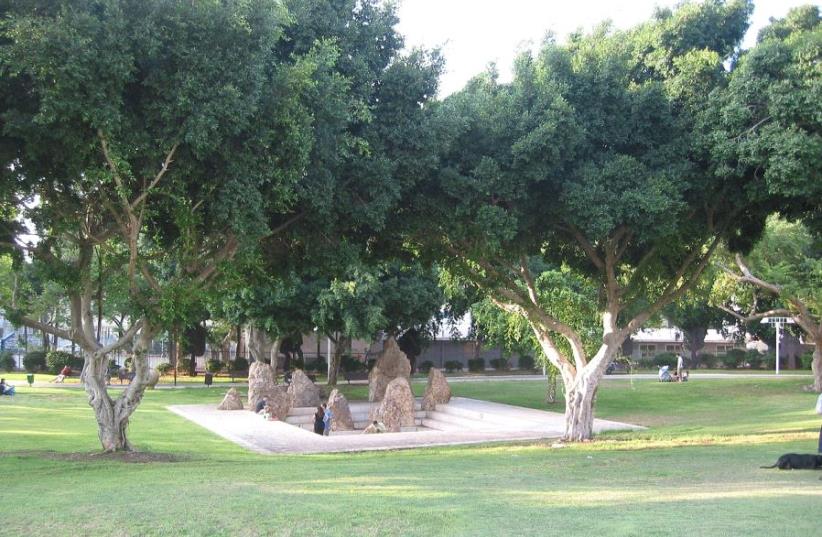 Dubnov Park in Tel Aviv
(photo credit: WIKIPEDIA)
Advertisement
If you imagined spending your Shavuot sliding down a giant waterslide in the heart of Tel Aviv – then we have good news.Across Israel, Shavuot is often known as the water holiday. From water balloon fights to water gun battles, swimming, diving and more, the festival – which usually comes just at the start of summer – has long been tied to water-based activities.The tradition began from the custom of Jews from North African countries, including Libya and Morocco, who would spray water on each other to celebrate Shavuot. The reasoning is that the Talmud compares the Torah to water – they are both crucial to one’s survival.The Tel Aviv Municipality has interpreted that in a grand manner – by installing a giant waterslide in Dubnov Park, for one day only. The slide, which will be open from 10 a.m. to 4 p.m. on Tuesday, the day before the holiday, is free to the public. There will also be a bubble workshop and show, acrobatics displays and other attractions.It’s true, the holiday will be marked across the country with celebrations that include learning Torah and enjoying dairy desserts, two of the hallmarks of Shavuot. But there are other alternative ways to mark the day – including a nudist festival in the desert.That’s right, for four days a group of like-minded Israelis will come together for the “Pashut Festival” – a play on the Hebrew words for simple and undressed. The organizers, who run the “Desert Ashram” in Nahal Shittim, which will host the event, said it will be a time to “connect to nature, inside and out.”“Let us shed our masks, limiting beliefs, mental blocks and release the shame and guilt that are attached so strongly to our bodies, our sexuality and the natural expression of who we are,” the invitation reads, promising an “infinite desert landscape, facilitated content and also spontaneous encounters with simple and beautiful people.”