White will light up Ashdod

Drummer Lenny White will perform at the Ashdod Jazz Festival 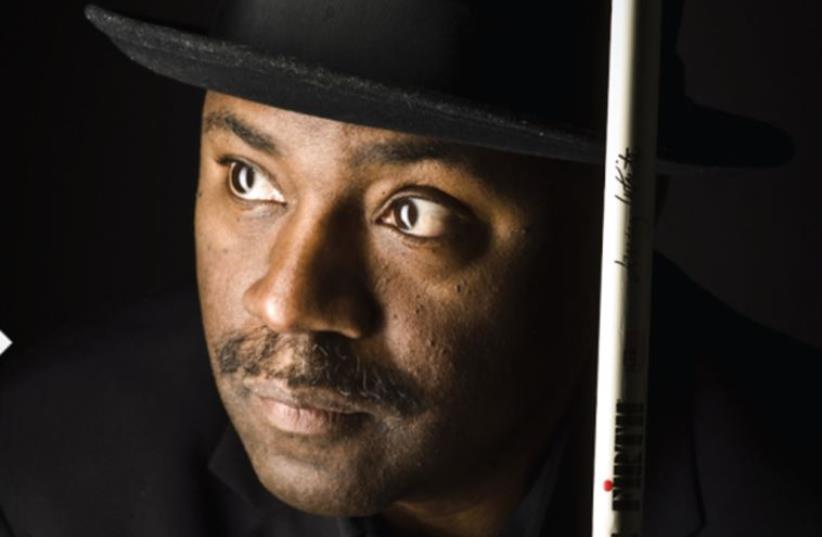 Drummer Lenny White
(photo credit: PR)
Advertisement
As career starts go, Lenny White did just fine. In August of 1969, at the age of 19, the American drummer found himself pinching himself hard. There he was, barely out of high school, mixing it with the likes of saxophonist Wayne Shorter, keyboardist Joe Zawinul and drummer Jack DeJohnette – all seasoned members of the global jazz community – on the groundbreaking fusion jazz album Bitches Brew, overseen by iconic trumpeter Miles Davis.White will bring some of that experience, and plenty more that he has accrued in the intervening 45 years, to this year’s Ashdod Jazz Festival, which will take place in the port town on December 2 and 3.The festival lineup, compiled by perennial artistic director and pianist Leonid Ptashka, also features high-energy guitarist Mike Stern and Dixieland outfit the Carling Family from Sweden, alongside numerous local acts.White certainly got a lucky break when he came to Davis’s attention in the late 1960s. Many a former Davis sideman have noted, besides the trumpeter’s scintillating instrumental skills, his knack of discerning some ability of which the musician in question may not have been aware himself. Many years ago, British guitarist John McLaughlin, who also played on Bitches Brew and Davis’s previous fusion record In a Silent Way, recounted how the band leader asked McLaughlin to take a solo spot. When the Englishman nervously asked for some guidelines, the only instruction he got was an enigmatic “Play the guitar like you don’t how to play the guitar.” The resulting solo was of the highest quality, and the first take made it onto the record.White confirms that Davis was a smart cookie.“Aside from being the genius that he was, his genius was finding musicians that he thought would be able to do the things he would ask them to do. So if he asked you to do something that was maybe out of the ordinary or somewhat advanced, he would first have to find musicians he thought could do that,” says White.That sounds perfectly logical, but it takes away nothing from that rare insight Davis demonstrated time and again throughout his long career as a frontman.“Miles would take musicians who at least had the imagination to do what he asked of them,” he says.White clearly had the requisite instrumental skills and creative vision that enabled him to seamlessly slot right into the Bitches Brew project. The album, which was released in March 1970, is considered to be a masterpiece and a groundbreaking venture that included experimentation with electric instruments and rockinflected improvisation. It was Davis’s first gold record and landed him a Grammy Award for Best Large Jazz Ensemble Album.Davis’s confidence notwithstanding, White says it was something of a baptism of fire for him. “It was a bit traumatic for me,” recalls the drummer. “I had never made a record before.”Not only had White never been in a recording studio beforehand, but he was working alongside artists whom he had admired since he first got into jazz.“These were my heroes. These were people I had been listening to for years, and I walk into a studio and they’re all there, and I’m playing with them! For me, that was really special,” he recounts.White says he was thrilled to be in on the act in the early days of jazz fusion.“Actually, we didn’t call it ‘fusion’ back then,” he notes. “We called it ‘jazz rock’ because it was musicians playing jazz versions of rock and roll.It only came to be called ‘fusion’ later. It was being created right then.I felt honored to be one of the guys who created it. I was realizing a dream.”Whatever you call it, White did the business on that date and soon found himself gainfully employed by the likes of Chick Corea, one of the two keyboardists on Bitches Brew, joining Corea’s Return to Forever band. It also included bass guitarist Stanley Clarke, with whom White was to enjoy several fruitful collaborations.By 1975 White was also putting out albums under his own name. To date, his discography includes 15 albums, as well as numerous synergies with many of the big guns of the older generation, such as pianist Andrew Hill, trumpeters Freddie Hubbard and Don Cherry, saxophonist Joe Henderson and trombonist Curtis Fuller. The Hubbard confluence included playing on the trumpeter’s soulfunk- influenced hard bop album that came out shortly after Bitches Brew and included fellow former Davis sideman pianist-keyboardist Herbie Hancock and bassist Ron Carter.Having made his mark with Davis opened up all sorts of professional avenues for White, although he didn’t take advantage of all of them, including the chance to keep time for Jimi Hendrix.“Miles came to a gig I was doing in Manhattan and asked me if I wanted to play with Jimi Hendrix. I was in such awe of Miles Davis that I just wanted to play with him, so I said no,” he recounts.White also looked to his fellow drummers for inspiration, and he has a list of his mentors.“I call them my Magnificent Seven,” laughs White. “They are Kenny Clarke, Max Roach, Art Blakey, Philly Joe Jones, Elvin Jones, Roy Haynes and Tony Williams.”The latter, who was a leading light of the fusion movement, was of particular importance for White.“In terms of style, Tony Williams is probably the guy who stands out the most. I heard him when I was 17.It was a record he had done when he was 17, so he became important for me,” he says.Over the years, White has become one of the leaders of the fusion sector and mixed with many of the leaders of the global jazz fraternity, putting out megawatts of energy on his drum set or taking on more subtle roles with purveyors of other styles. The Ashdod audience is in for a treat.For tickets and more information: (08) 864-8585; www.ashow.co.il