For 4th year in a row, Wikimedia Israel is hosting competition in which both amateur and professional photographers can win prizes for pictures of any national heritage site in Israel. 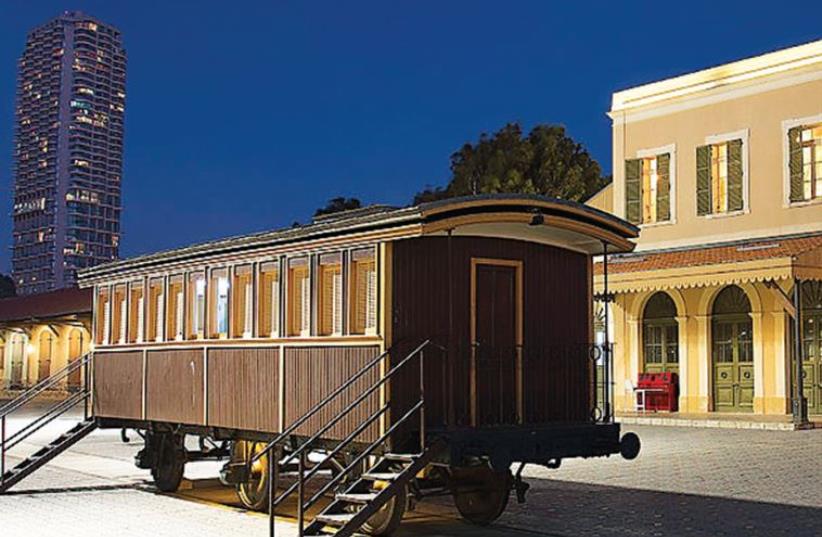 THIS PHOTO of Tel Aviv’s Hatahana, the renovated historic railway station that is now a popular social site, was a winner of a previous Wikimedia Israel competition for pictures of national heritage sites in Israel
(photo credit: OREN WALDMAN)
Advertisement
As part of Wikipedia’s international campaign to attract the most striking photographs of monuments around the world, Wikimedia Israel is calling upon members of the public to head to the country’s heritage sites with their cameras in hand.For the fourth year in a row, Wikimedia Israel is hosting a competition in which both amateur and professional photographers can win prizes for pictures of any national heritage site in Israel. Contenders can use a special upload wizard on Wikimedia Commons to submit their photos from now through October 13. While the best three photos will earn monetary prizes – NIS 3,000, NIS 2,000 and NIS 1,000 – the top 10 will be sent on to Wikipedia’s international Wiki Loves Monuments competition, the Israeli branch said.The Wiki Loves Monuments international competition first began as a pilot program in the Netherlands in 2010, spreading to greater Europe in 2011 and then opening up to the rest of the world the following year, according to Wikipedia. Photographs nominated by individual countries to the international competition are eligible to potentially win more prizes.In Israel, the photos will be judged based on overall image quality as well as the potential usage of the image on Wikipedia, information from Wikimedia Israel said. Two additional monetary awards of NIS 1,000 each are available to the best photos taken at remote sites in the country’s northern and southern regions, as well as another NIS 1,000 prize for photos of ancient synagogues, the organization added.Working in partnership with Wikimedia Israel is the Israel Antiquities Authority, the Council for Conservation of Heritage Sites in Israel, the Galitz School for Photography and World Jewish Heritage. Several organized tours to heritage sites around Israel associated with the contest will take place over the next month, with details available on the Wikimedia Israel website in both Hebrew and English.Last year, about 320,000 photos were taken globally in 41 countries for the competition, with 6,000 of the pictures coming from Israel, according to Wikimedia Israel. Israel’s first prize piece, a photograph of sunrise at the Montfort Castle in the Upper Galilee, scored fifth place in the global contest.“The competition that has been held in recent years has greatly assisted in expanding the pool of free pictures, for use free of charge for the general public,” said Dror Lin, the competition coordinator for Wikimedia Israel. “We are proud to continue the tradition this year and expand the number of free photos presenting the history and landscape of Israel, and invite members of the public to take part in this important cause.”