Children who come from broken homes are more likely to fall behind their classmates in coursework and drop out of school altogether. 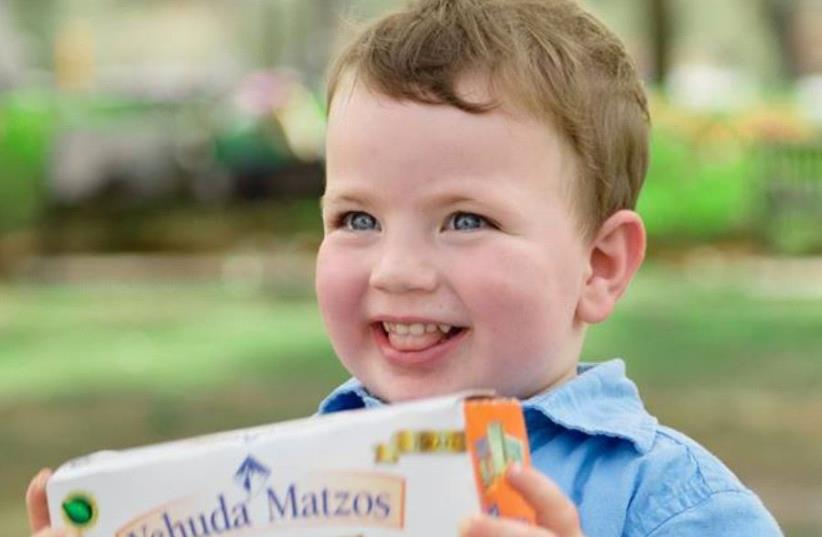 A child with a Yehuda Box
(photo credit: COURTESY OF THE HAROLD GRINSPOON FOUNDATION)
Advertisement
In the religious and secular worlds alike, we have been seeing an increase in divorce and broken families. It is a tragedy that can affect a family for many generations. Studies have shown that children of divorced parents are more likely to do poorly in school, have trouble with relationships, have mental health issues and even have physical health issues.Children who come from broken homes are more likely to fall behind their classmates in coursework and drop out of school altogether. They also have a higher likelihood of not attending post-secondary school and thusly attaining lower paying jobs.For this reason, I am proud to say that I participate in an educational program that is having such a positive influence on family life in the Jewish community. I and many of my friends study with Dirshu, a global organization that promotes Jewish scholarship. The largest Torah organization in the world, Dirshu has thousands of students in many countries around the world who come together to study Jewish texts, such as the Torah, Talmud and Mishnah Berurah.You may be wondering how Dirshu, which educates Jews from all walks of life, promotes healthier families. Studying with Dirshu is not merely a hobby. It is a commitment and a pledge to better oneself through acquiring knowledge. The educational process with Dirshu constitutes scheduled meetings with study groups or partners to learn the texts, and tests throughout to ensure the content is being grasped and to provide motivation.Of my friends who study with Dirshu, I have seen them become more goal-oriented, more focused and more organized. While these traits certainly help them to study better, they also carry over into their family lives. My friends’ wives have said that, though their husbands’ have now added Dirshu studying to their already busy schedules, they now also spend more time with their families. They have learned time-management skills that allow them to study, work, and be a positive and present member of the family.The entire family shares together in the pride and their collective participation in the academic accomplishments of their father. Additionally, the stipends and scholarships provided for achieving certain scholastic levels are of great benefit for many of these families.The wives have also said that their husbands are simply happier when they are studying a challenging text. It gives the husbands something positive to focus on and look forward to, besides just work and chores. They are excited about what they are learning and excitement can be contagious. When a husband and father is happy, it carries over to the rest of the family.FOR THIS reason, the program is also so beneficial to the children, even if they themselves are too young to be studying with Dirshu. They get to see their parents’ marriages improving, which makes them feel safe and loved, nurturing them to do their best in school and relationships.The children also get to see their fathers be enthusiastic about learning for the sake of learning. The fathers are able to illustrate how deeply they care about the Jewish faith and worshiping God. Many of these children are going to grow up wanting to study like their fathers – many already have. Dirshu’s students, in addition to coming from all different economic classes and levels of observance, also represent many generations. It is a common sight at a Dirshu study group to see a teenager studying with a baby boomer and a millennial. There are even some study groups where a teenager is studying Talmud or Mishnah Berurah side by side with his father and grandfather – an experience that certainly brings the family closer together as it learns God’s laws.From January 11 to 13, Dirshu will be holding a large convention, a “siyum,” to celebrate the completion of an area of study called the Mishnah Berurah Chelek Gimmel. From what I have seen though, this celebration is so much more. It is also a celebration of a complete family unit. These students will be attending the convention with their wives and children, proudly showing them what they have accomplished. Wives and children will attend with their husbands/fathers to show their love and support.Currently the opioid crisis has hit an all-time high and many in the secular world turn to drugs or unethical or immoral behavior as an escape from stress and feelings of emptiness. Thanks to Dirshu, Jewish men have another option; they are able to turn to Torah. Dirshu also provides a support system for men who may be struggling. The system requires students to meet one another to study together. The students form deep friendships, gaining a whole new support system.In addition to enjoying the act of learning, these men are also learning the wisdom and morals that fill these Jewish texts, which leads them to live more honorable lives and to become better role models for their children.The positive effects that Dirshu has on the family are remarkable. I believe Dirshu’s mission and format can serve as a template for secular groups and people of other religions to help them focus their lives and save their families.The writer is based in  New Jersey and writes for the Daily Wire, The Washington Times and other news and opinion outlets.