Researchers found that migration was the key to rise and fall of the Copper Age in the region.

By TAMARA ZIEVE
AUGUST 20, 2018 12:06
Ossuary in Peki'in cave
(photo credit: MARIANA SALZBERGER/COURTESY ISRAEL ANTIQUITIES AUTHORITY)
Advertisement
One of the largest studies of neolithic DNA ever conducted in Israel has shed light on the origins of the Chalcolithic culture in the Levant, approximately 6,500 years ago, Tel Aviv University announced Monday.The study, conducted by a team of researchers from Tel Aviv University, the Israel Antiquities Authority and Harvard University, found that waves of migration from Anatolia and the Zagros mountains (today’s Turkey and Iran) to the Levant helped develop the Chalcolithic culture that existed in Israel’s Upper Galilee region at that time.In 1995, Zvi Gal, Dina Shalem and Howard Smithline of the Israel Antiquities Authority began excavating the Peki’in Cave in the Upper Galilee, which dates to the Chalcolithic Period in the Levant. The team unearthed dozens of burials in the stalactite cave that is 17 meters long and varies from five to eight meters wide.Researchers understood from the many ceramic ossuaries and the variety of burial offerings discovered in the cave that it was likely once used as a mortuary center by the local Chalcolithic people. 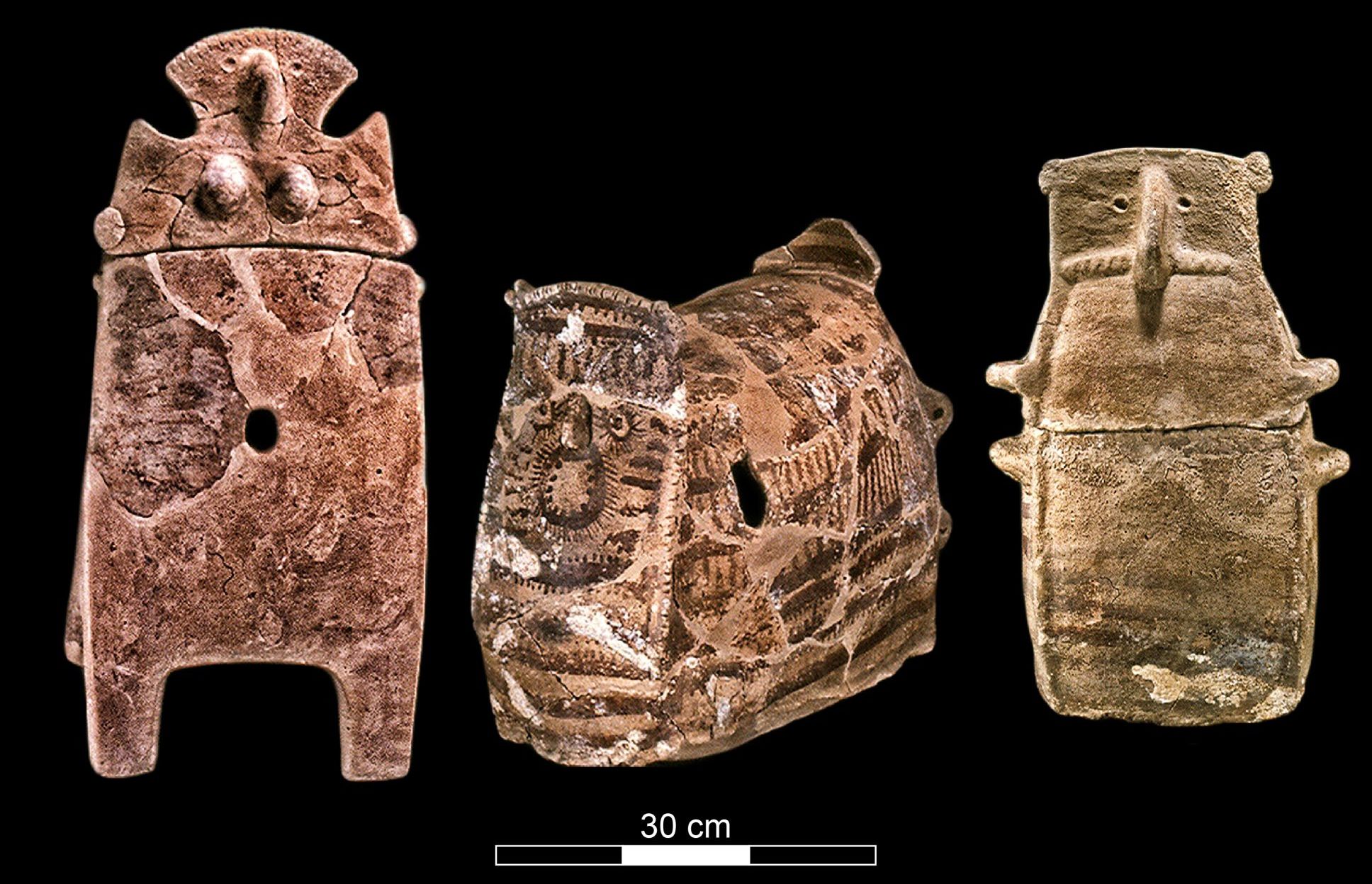 Ossuaries from the Chalcolithic period, excavated at Peki'in cave
“The uniqueness of the cave is evident in the number of people buried in it – more than 600 – and the variety of ossuaries and jars and the outstanding motifs on them, including geometric and anthropomorphic designs,” said Dr. Dina Shalem of the Institute for Galilean Archaeology at Kinneret College and the Israel Antiquities Authority.“Some of the findings in the cave are typical to the region, but others suggest cultural exchange with remote regions,” she added. “The study resolves a long debate about the origin of the unique culture of the Chalcolithic people. Did the cultural change in the region follow waves of migration; the infiltration of ideas due to trade relations and/or cultural exchange; or local invention? We now know that the answer is migration.”The researchers conducted a genome analysis of the skeletons excavated at the cave.“This study of 22 individuals is one of the largest ancient DNA studies carried out from a single archaeological site, and by far the largest ever reported in the Near East,” said  Dr. Hila May of TAU’s Sackler Faculty of Medicine.Professor David Reich of Harvard University said that the genetic analysis answered the central question that the researchers had set out to address:  “It showed that the Peki’in people had substantial ancestry from northerners – similar to those living in Iran and Turkey – that was not present in earlier Levantine farmers.”May explained that the study had found characteristics, such as genetic mutations contributing to blue eye color, which had not been seen in DNA test results of earlier Levantine human remains. She also noted that most ancient DNA studies conducted in Israel failed due to difficult climatic conditions. 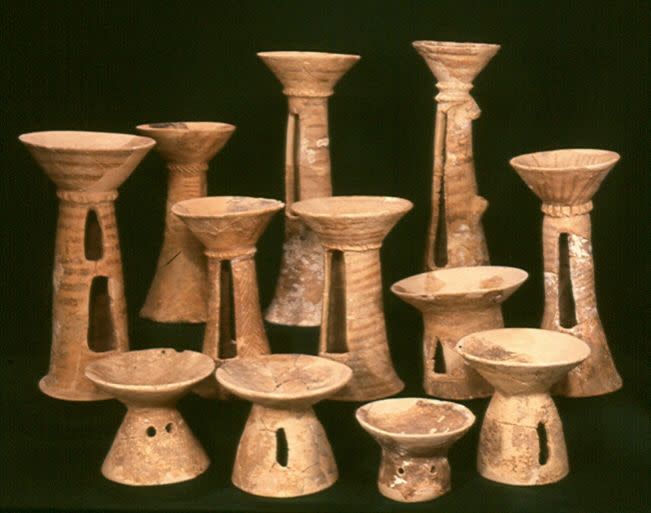 Chalices from the Chalcolithic period excavated at Peki'in cave
“Fortunately, however, human DNA was preserved in the bones of the buried people in Peki’in cave, likely due to the cool conditions within the cave and the limestone crust that covered the bones and preserved the DNA,” added Prof. Israel Hershkovitz of TAU’s Sackler Faculty of Medicine.Éadaoin Harney, who led the statistical analysis for the study highlighted that the Peki’in population experienced abrupt demographic change 6,000 years ago.“Indeed, these findings suggest that the rise and fall of the Chalcolithic culture are probably due to demographic changes in the region,” concluded May.