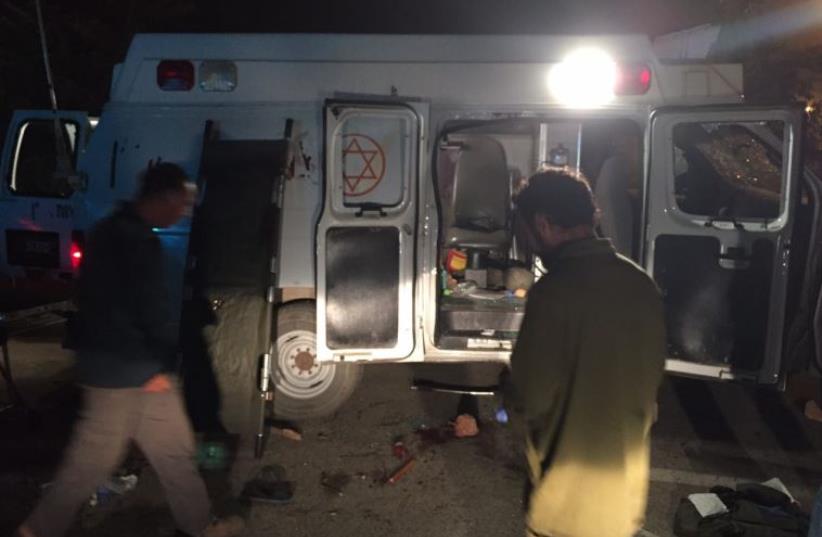 Ambulance attacked in northern Israel by Druse protesters.
(photo credit: Courtesy)
Advertisement
Prime Minister Benjamin Netanyahu on Monday condemned the attack on a IDF ambulance by Israeli-Druse in the Golan Heights, declaring that "nobody can take the law into their own hands, and no body can disrupt the missions of IDF soldiers."A mob outside the Druse village of Majdal Shams had attacked an ambulance carrying two Syrians brought into Israel for medical treatment on Monday, killing one and leaving the second badly wounded. Netanyahu vowed to "bring the lawbreakers to justice" and called  on the the leaders of the Druse community to "act immediately and calm spirits."
Protesters gather in Majdal Shams following Druse ambush on Israeli ambulance transferring Syrians
Northern District police confirmed that the mob stopped the IDF ambulance carrying the two Syrians, threw rocks at it and attacked the two men, in the process also lightly wounding the driver and another IDF soldier on board. A large number of police forces arrived at the scene, and reconnaissance teams were called in to the area by the military's Northern Command. Hundreds of protesters also gathered in Majdal Shams following the incident. "This incident is an incident that will change the situation here," a senior military official told Maariv. "We're talking about a very serious incident of an attack on a military vehicle that engages in saving lives."  The official rejected concerns that the Syrians being transferred in the ambulance were jihadi fighters from Syria's civil war. "I must stress that the rumors circulating about us providing assistance to the Nusra Front are not true. We are strictly engaged in humanitarian aid," said the source. According to initial police investigations, an angry mob attacked the vehicle and its occupants by throwing stones and causing extensive damage. The events followed a similar incident Monday morning, in which an IDF ambulance carrying people wounded in Syria was attacked by a group of locals outside the Druse village of Hurfeish, located in the upper Galilee, who tried to block the vehicle in an attempt to check that it wasn’t carrying jihadi rebels, police said. 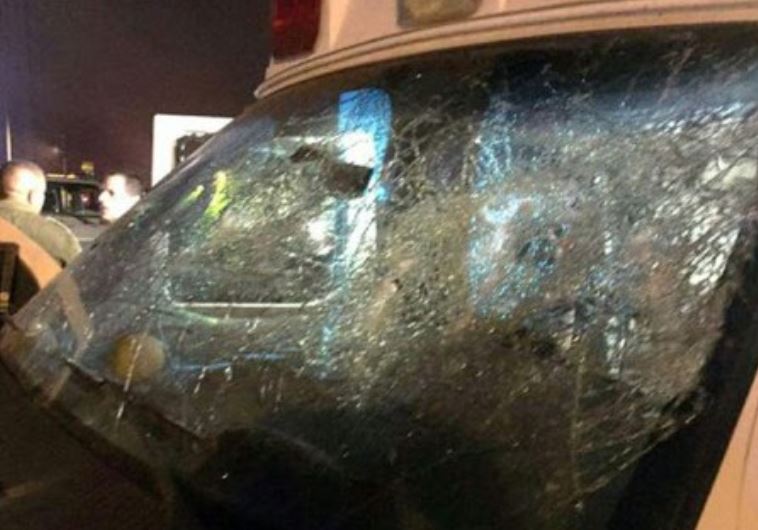 Northern District police said the villagers threw stones at the ambulance and that as the vehicle fled the scene it was chased by two carloads of locals, but that the crew of the ambulance managed to arrive safely at the police station in Ma’alot. The ambulance was then given a police escort to the Western Galilee Hospital in Nahariya.Over the past two weeks, since reports have emerged of Syrian Druse killed by the al-Qaida linked Nusra Front in the southwest of the country, the Druse community in Israel has collected donations to send to Syria by way of Jordan to help their Syrian brethren. Druse leaders have spoken of widespread fears of an impending massacre of Druse by jihadis located in the Jabal Druse region of the country, and have called on Israel to provide assistance.Many Druse accuse Israel of assisting Nusra by providing medical assistance to Jihadis who arrive on Israel’s border seeking medical treatment, and have called for Israel to immediately stop the practice. The IDF maintains that their policy is to favor non-combatants and to provide assistance only to moderate rebel fighters. Noam Amir/Maariv contributed to this report.