Extradition of senior Lev Tahor leaders to US from Guatemala approved

The cult has recently tried to move to Iran on several occasions to avoid its legal problems tied up in its child abuse and other criminal activities, but have been unsuccessful so far. 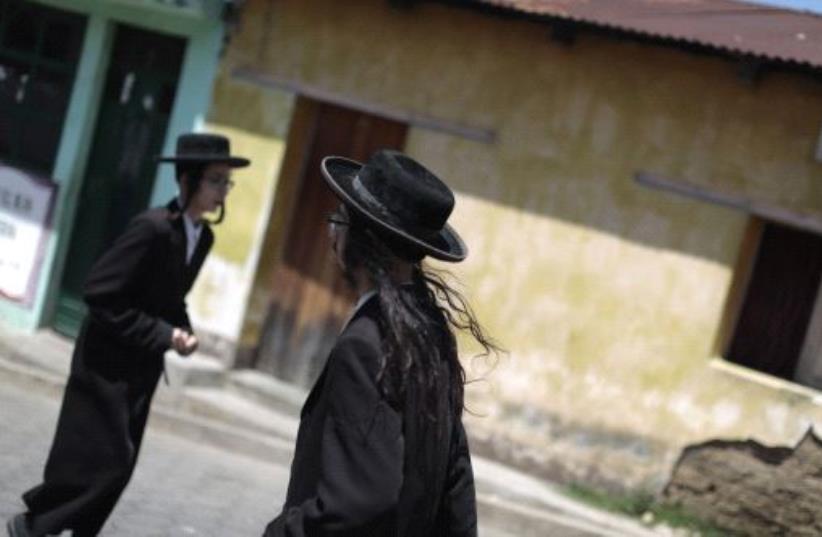 A court in Guatemala has approved the extradition to the US of two senior leaders of the Lev Tahor ultra-Orthodox cult – brothers Yaakov Weingarten and Shmuel “Shmiel” Weingarten – where they face child exploitation offenses.

The Third Criminal Sentencing Court in Guatemala authorized the extradition of the two men on Thursday and Friday, after they were charged in April this year by the US attorney for the Southern District of New York for the kidnap of a 14-year old girl and for smuggling her across the US-Mexico border to reunite her with her adult husband.

According to media in Guatemala where the Lev Tahor cult is currently located, the court has verified that there are currently no legal proceedings against the Weingarten brothers and that the Guatemalan Foreign Ministry is therefore authorized to begin extradition proceedings.

It was reported the brothers intend to appeal the decision, with an attorney for the two describing the legal process against them as “persecution.”

There have, however, been numerous charges and allegations against members of the cult for kidnapping, forced underage marriage, and various forms of child abuse.

Yaakov Weingarten was arrested in March this year during a police raid on the Lev Tahor compound, while Yoel and Shmuel Weingarten were arrested in a separate raid in April, all due to the charges against them in the Southern District of New York.

The extradition case against Yoel Weingarten has yet to be brought to court since the US authorities have reportedly not yet sent the relevant documents to their Guatemalan counterparts.

The cult has recently tried to move to Iran on several occasions to avoid its legal problems tied up in its child abuse and other criminal activities, but have been unsuccessful so far.

Relatives in Israel of children in the group have lobbied Israeli authorities to help prevent the group reaching Iran, where it would be harder to extract children from the cult.

The group numbers some 250 people, around 100 are adults and 150 are children, many of whom are Israeli citizens.

Last week, The Jerusalem Post reported that the Israeli State Attorney’s Office is yet to request an Interpol arrest warrant for Elazar Rumpler who was indicted in Israel for child abuse and put on trial, but who managed to flee the country and return to Guatemala.

Rumpler was indicted for the severe physical and mental abuse of children under his care as a principal in a school in Canada where the cult resided for several years before moving to Guatemala in 2014 to avoid legal problems.