Father of hiker Or Asraf killed in Nepal: ‘I am happy we can bring him home’ 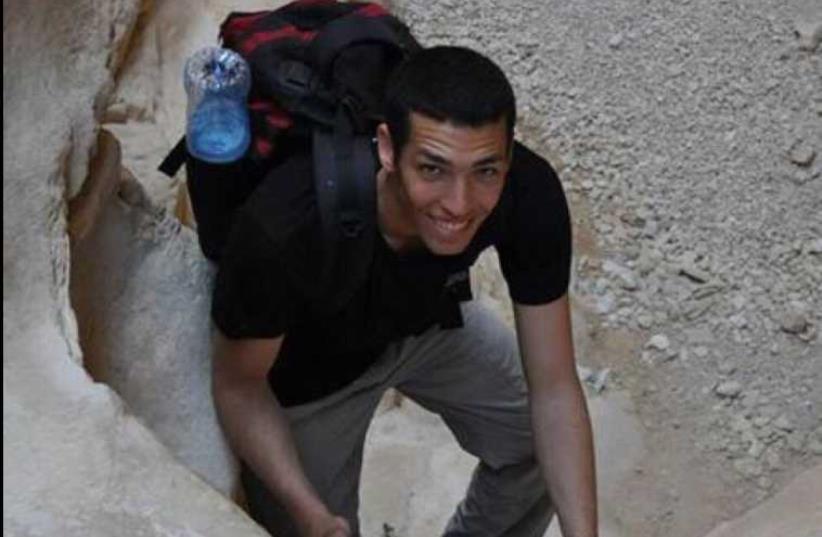 22-year-old Israeli trekker Or Asraf lost his life in Nepal
(photo credit: Courtesy)
Advertisement
For over an hour, 20 Israeli rescuers walked on foot on Sunday night with the body of trekker Or Asraf, 22, out of a remote area of the Langtang to a safe spot in a nearby village, eight days after he was killed when a massive earthquake struck the Himalayan state.“I am sad that we lost Or, but I am so happy that we can bring him home,” the young man’s father, Patrick, told Israeli reporters by telephone from Nepal.A helicopter is scheduled to transport Asraf’s body from the village to the Israeli field hospital in Kathmandu early Monday morning.Asraf was the sole Israeli missing in Nepal and the country’s only fatality in the earthquake that has claimed more than 7,000 lives.There were some 650 Israelis in Nepal at the time of the earthquake. Over the week, hundreds flew home while the Foreign Ministry slowly tracked down 249 unaccounted for citizens, many of whom were rescued by helicopter from remote areas such as the Langtang.But as the days passed with no word from his son, Patrick Asraf, along with former members of Or’s elite Egoz reconnaissance unit – including its commander – flew to Nepal last week to take part in the search.Members of the unit were the ones to make the grim discovery on Sunday that Asraf, who had hiked quickly ahead of his friends, had been killed in an avalanche.“[The commander] and Or’s friends combed the area for three days in an exhaustive search, under unbearable conditions,” Asraf’s father told reporters.“Once his friends identified him, they took him with them, as they hiked in the direction of the nearest village that was over an hour’s walk away. They risked their lives to walk with him, in the dark, so they could return him home,” he said.When Patrick Asraf first arrived in Nepal, he had sworn he would not leave without his son. He held onto stories of survivors found after days without contact, but his determination wavered after he saw the extent of the damage.The earthquake, he said, created “boulders, creating terrible avalanches that tossed aside trees as if they were toothpicks. It swept the trees, the boulders and of course people in the direction of the river.“As the days passed, the scenarios were less and less optimistic,” he said. “I wasn’t sure I would be able to stand by my promise to bring Or home. I was afraid that in the end I would have to leave him in the mountains.”He was relieved, he said, that this was not the case. “Out of all the scenarios that raced through my head, this was not the worst.”Initially, a desperate Patrick had issued harsh statements to the media about his frustration with the government over the slow pace of the search.But on Sunday, Patrick thanked everyone involved in three days of intense searches for his son. This included the Home Front Command and the Nepalese Army, as well as private Israeli rescue teams, including ZAKA and United Hatzalah.“There is nothing I asked for that I did not get,” Patrick said.Or Asraf had gone to Nepal after he was demobilized from the army, after taking part in last summer’s Operation Protective Edge. He was wounded in Gaza in an explosion that killed his friend, St.-Sgt. Tal Ifrach, 21.On Remembrance Day he sent a recorded message to Ifrach’s mother, Aviva, from Nepal to tell her that he was thinking of her.“I know that today is not easy. I love you and miss you. Be strong,” he said.President Reuven Rivlin said the news of Asraf’s death was heartbreaking.“The mobilization of search and rescue forces, and the loyal support of his army comrades in the search, instilled within us great hope. It was the prayer of an entire nation that he would be found alive and well. My sympathies go out to his family after this difficult and tragic loss,” Rivlin said.Prime Minister Benjamin Netanyahu called Patrick in Nepal and told him, “We did our utmost to find Or, but we hoped for a different outcome. This is the State of Israel’s obligation to Or, a heroic soldier who fought for the security of Israel’s citizens. I share in your family’s deep sorrow.”