Finally, live and on air

Kan hits the airwaves with a whole slate of programming, including ‘Carpool Karaoke’ 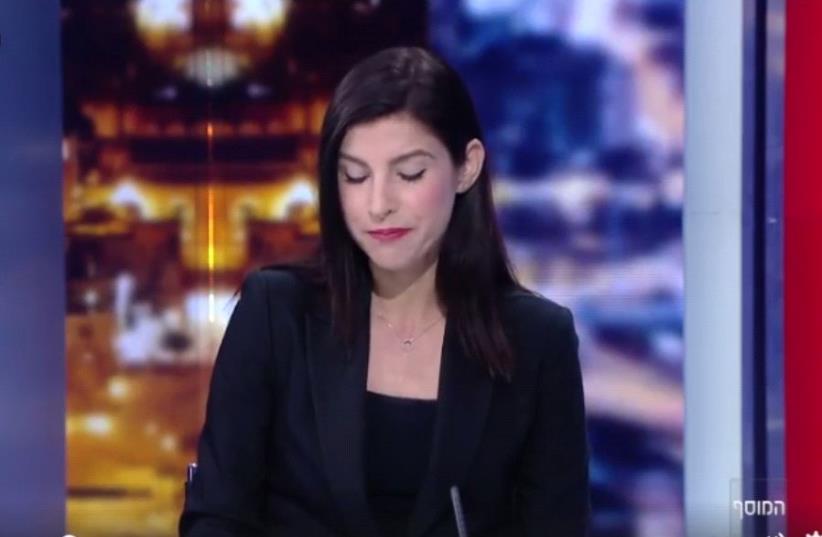 Channel 1 news anchor Geula Even Sa'ar
(photo credit: SCREENSHOT CHANNEL ONE)
Advertisement
After years of arguing, months of delays and weeks of uncertainty, the TV broadcasts of Kan 11 finally hit the airwaves Monday afternoon.Launching at 5 p.m. on Channel 11 – the same home from which the IBA broadcast its “Channel 1” station – the network began with a full slate of current events programming leading up to the 8 p.m. news broadcasts.At 5 p.m. on the dot, Geula Even-Sa’ar was there to greet viewers.“Good evening. We are here, we are starting our journey, and we will use all our abilities to succeed and to be a worthy public broadcaster,” she said. “We remember why we are here – for you, for the public. And that’s how we will try to do our work: fearlessly, impartially and without prejudice.”Even-Sa’ar, who will present the channel’s 8 p.m. news broadcast, promised “to always stick to the truth, to operate fairly, to report with an adherence to facts, to ask the hard questions and to serve the right of the public to know.”And with that, the network was off and running.Kan’s digital platforms were spotty in the early evening and its website even crashed for a few minutes before coming back up. Kan’s applications for smartphone users, which were expected to go live on Monday, were delayed further.Channel 10’s Akiva Novick reported that the delays were due to outgoing IBA employees refusing to transfer login information to Kan. Novick reported that the employees – in a final act of revenge – ignored Kan’s request, saying, “We don’t work for you.”While there are plenty of details still to be worked out, Kan began its full slate of programs, much of which will look the same every day.At 5 p.m., Anat Korol and Dror Feuer will present Original Five.That will be followed by Economic Six anchored by Dov Gil-Har, then Current Seven with Michal Rabinowitz and Yoaz Hendel.Rabinowitz was the main presenter on IBA’s flagship evening news show Mabat. Hendel is an experienced journalist who in the past also worked for Prime Minister Benjamin Netanyahu.The main evening news program at 8 every night will be led by Even-Saar, a veteran journalist and broadcaster and the wife of former Likud minister Gideon Sa’ar. She was formerly the presenter of Channel 1’s Hamosaf program and the anchor for Mabat. It was Even-Sa’ar who, in tears, broadcast live the news of Channel 1’s programming coming to an end on the evening of May 9.Even-Sa’ar will anchor the news on Sunday through Thursday; Friday’s show will be presented by Tamar Almog and Yair Weinreb, as it was on IBA.In addition to its regular news programming, Kan has a variety of new shows coming to the air.On Mondays at 9 p.m., it will air Moment of Truth, an investigative show presented by Asaf Liberman. The premiere episode was titled Journey in the Land of Corruption.On Wednesdays at 10 p.m., Kan will show one of its most exciting original programs: an Israeli version of the viral hit, Carpool Karaoke. In the show, famous singers ride around in the car and sing along to their biggest hits on the radio. The show is based on the segment from the American Late Late Show with James Corden, but remade here for Israeli audiences with host Nicky Goldstein.The premiere episode is set to feature Idan Raichel. Future installments will host Harel Skaat, Shiri Maimon, Shlomi Shabat, Tipex and others.The satirical show The Jews are Coming will migrate from IBA to air on Mondays at 10 p.m.On Thursdays and Saturdays at 10 p.m. viewers can tune into Ad Kan! (Up to Here), a satirical current events show in which six panelists – three who consider themselves left-wing and three right-wing – argue about topics of the day.Thursdays at 9 p.m. will see a new game show called The Chase, hosted by comedian Ido Rosenblum. The trivia-based show is based on a popular British program of the same name, where four strangers work together against one expert to win the cash prize.Much of Kan’s original programming is also available on its YouTube channel and its website.The daytime hours of the channel are expected to be filled with archived shows, material from the Knesset Channel and from the Educational TV Network.